PHILADELPHIA -- They might be young, but they know PECO isn’t transitioning to clean energy fast enough to protect their future. Ten youth members of the Power Local Green Jobs campaign were barred entry to PECO today, but they negotiated with security to deliver a letter to PECO’s incoming CEO Mike Innocenzo. With new leadership, they want the company to bring thousands of jobs by building solar energy in the most vulnerable communities, particularly where unemployment is rampant.

“Now I know the solution to dirty energy could bring jobs to people who need them” said Kindred Brix, age 13 of Germantown Mennonite Church. 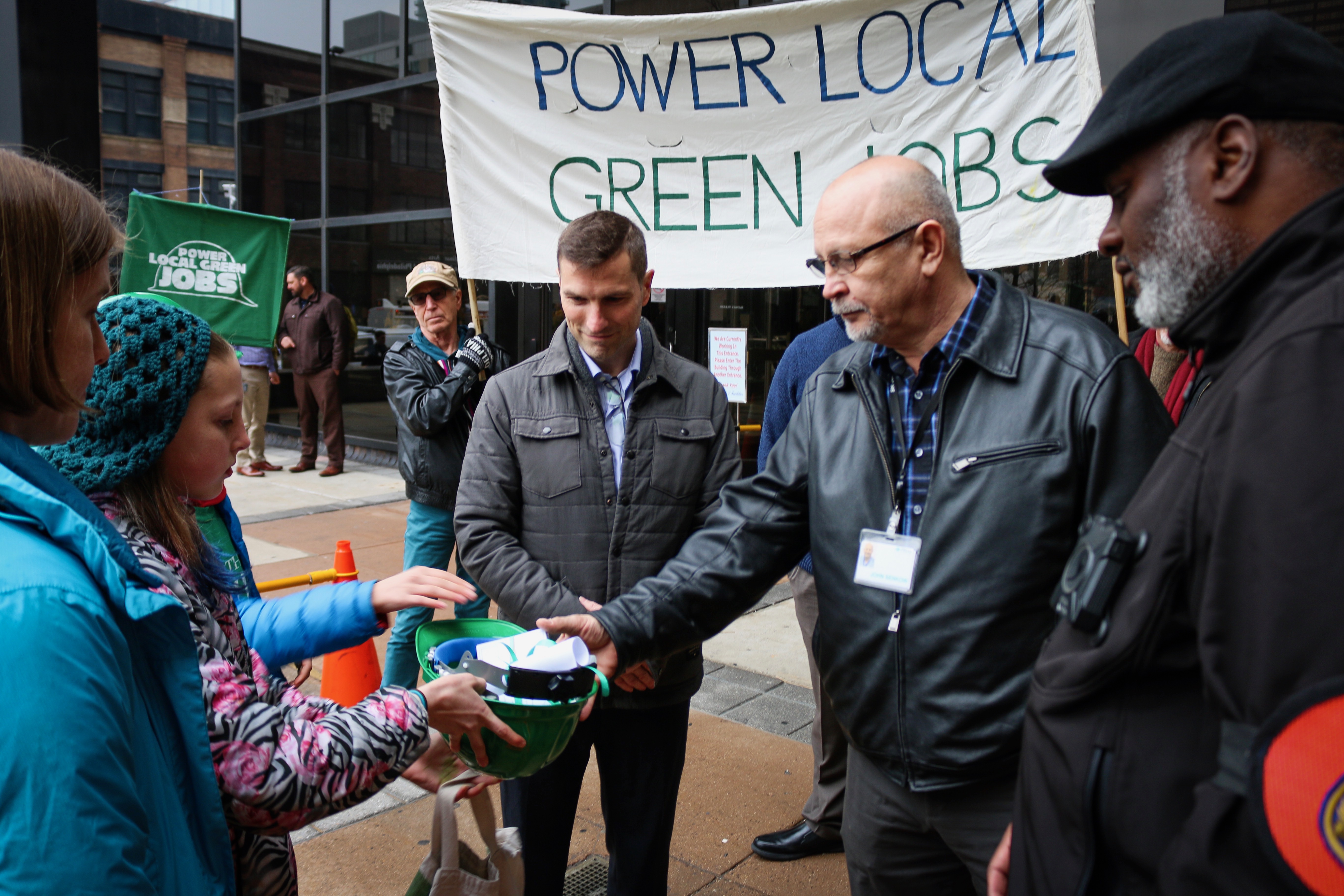 This was the second day of demonstrations that are challenging the utility’s complacency. Yesterday, seven clergy and movement leaders were arrested at PECO mourning for the suffering in a city where nearly 1 in 4 residents experience deep poverty. Today’s “day of vision” action focused on the thousands of local jobs that clean energy, particularly solar, could create. City-wide solar would bring thousands of jobs to the region, and billions of dollars in net benefits according to the US Green Building Council.

The growing movement for green jobs saw prayerful actions in February and March led by congregations of Quakers, Mennonites, Jews, and others. They see solar jobs as a moral and spiritual issue essential for addressing inequality and sustaining communities. Under increasing scrutiny, last year PECO gave a grant for solar jobs training in North Philadelphia, but Earth Quaker Action Team said that outgoing CEO Craig Adams lacked vision and kept PECO at the state-mandated minimum of 0.5% solar.

“PECO seems to think it has 10 or 20 years it can wait, while jobless families go hungry and asthma strikes our children. Communities and churches are already building solar to solve energy bills and create jobs, and that’s what PECO should be doing too. We won’t wait while PECO disregards our health and future,”  said Kim Huynh, Power Local Green Jobs campaign director.

An upbeat mood prevailed on the plaza outside PECO, where 60 participants illustrated a green future in colorful chalk drawings while the hip-hop group Hardwork Movement performed.

"I think it is important to come to the action because we have to at least try to undo some of the damage that we've done to the earth, and we will try, one protest at a time," said Sophia Aikins Hill of Philadelphia, age 12.