Why We Won't Wait for green jobs and justice

Posted by Christina Tavernelli on March 28, 2018

At a powerful action on Tuesday, March 27, more than 60 members of the Power Local Green Jobs Campaign processed in silence to PECO headquarters. Our action was a Day of Mourning for the lives and opportunities lost because of PECO’s continued reliance on fossil fuels. These losses are not abstract. In front of the largest utility in our state, we heard personal stories about children struggling with painful asthma, neighbors trying to foster community in the midst of oil refinery pollution, and Philadelphians struggling with poverty because of the lack of good jobs. We honored this loss with religious symbolism from different traditions - tearing of fabric, wailing, dance, and the mourner’s kaddish.

When the time was right, seven of us entered the PECO bill pay space and sat in a circle around a pile of inhalers from a North Philadelphia school. Our challenge to PECO was that it must choose green jobs or remove us by arrest. By creating a stark dilemma, we are helping make visible the underlying choices PECO makes every day, when the company takes millions of dollars in profits selling dirty energy instead of investing in jobs and a clean electric grid.

Our group included four clergy from religious congregations in PECO’s service area. So it was an unexpected but natural progression to bring “church” to PECO— Rev. Holston of POWER began preaching to the waiting ratepayers, and some of us shared the stories that had brought us there.

“We didn’t just show up today,” added Eileen— sharing that we have been asking PECO for a commitment to local solar jobs for over two and a half years. Customers began to affirm our message, with one sharing how pollution has severely impacted her health. But PECO again chose not to listen to us. Instead, an employee told us not to speak to our fellow ratepayers, and had the police handcuff us and remove us from the building. 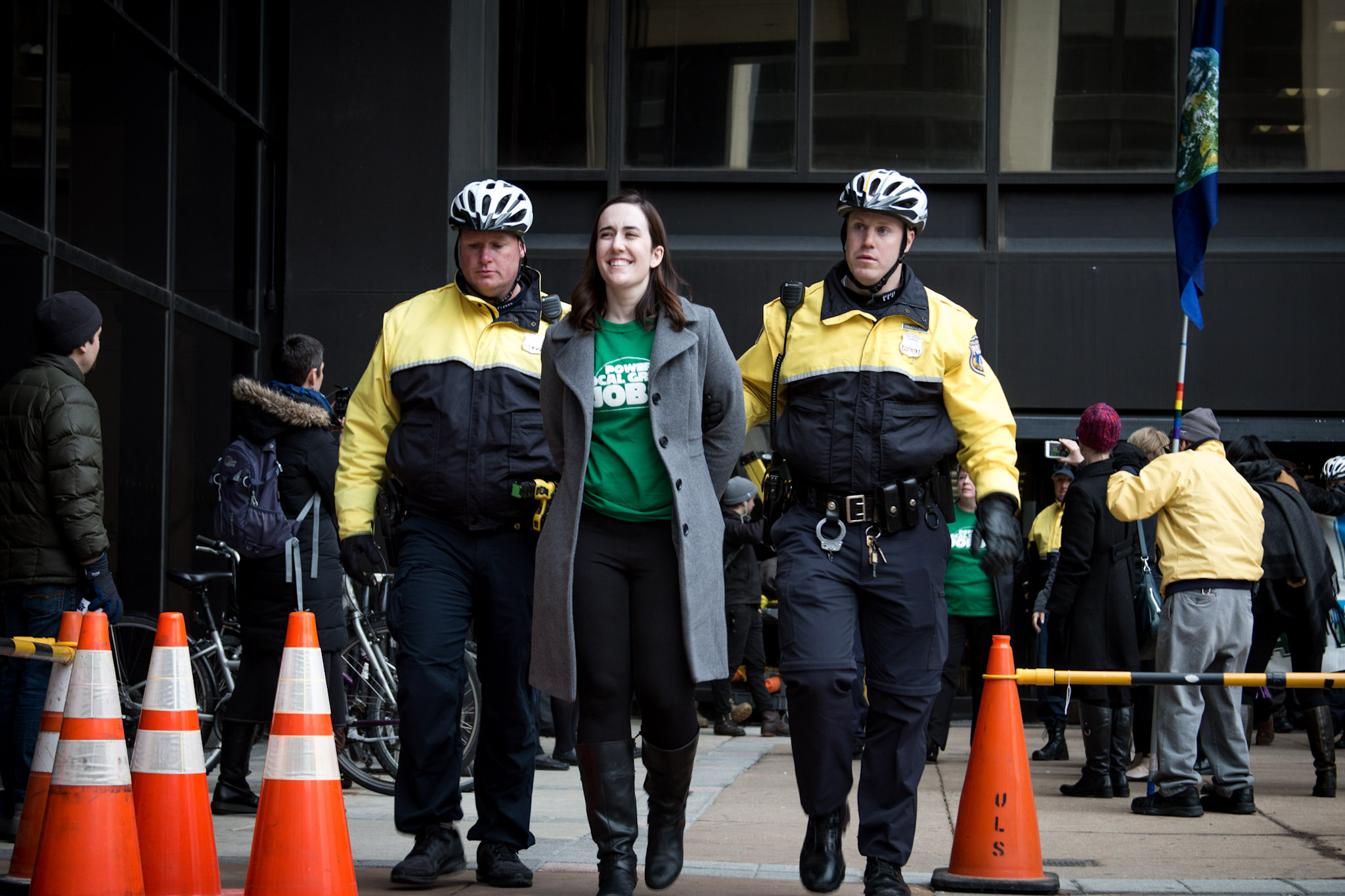 I was prepared to be arrested today because of the amazing support and training I have received from EQAT leading up to this moment.  When we stand together, we can take powerful action, grounded in what we know:

I know that two and a half years is too long to wait for our utility company to make a plan that takes safety seriously and invests in our community.

I know that PECO’s choice between a green jobs future and its current fossil fuel system is literally a question of life and death.

I know that a powerful and wealthy company like PECO has no interest in expanding its vision until it is forced to do so.

And I know that the Power Local Green Jobs campaign has the energy to keep coming back with increasing pressure until PECO makes that change. 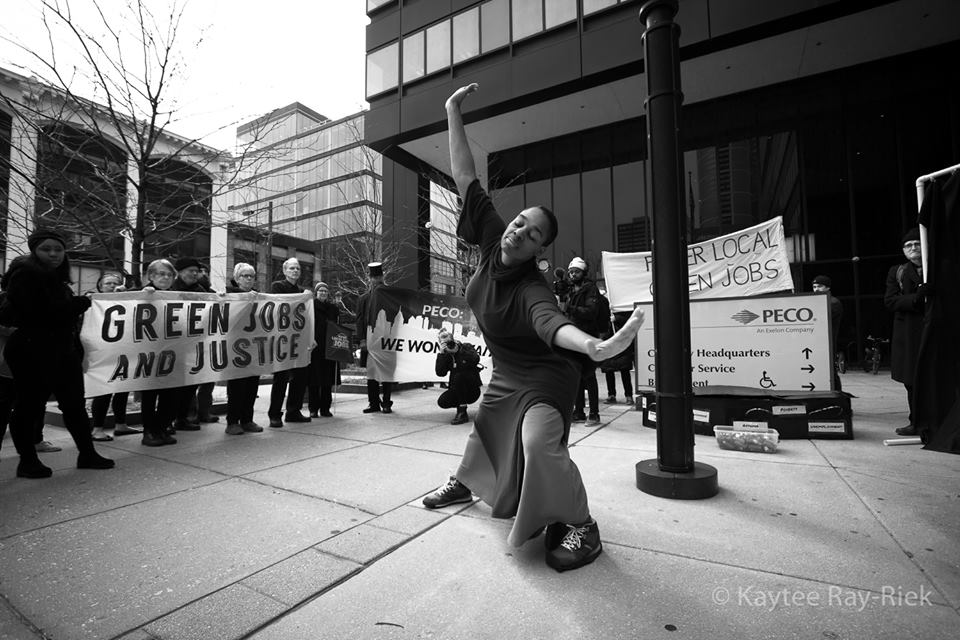