Where will PECO decide to create solar jobs? Here.

On March 2, more than 30 members of EQAT inspected the PECO headquarters on Market Street in Philadelphia. In this building- and nowhere else- executives will decide to create solar jobs in North Philadelphia, or not. 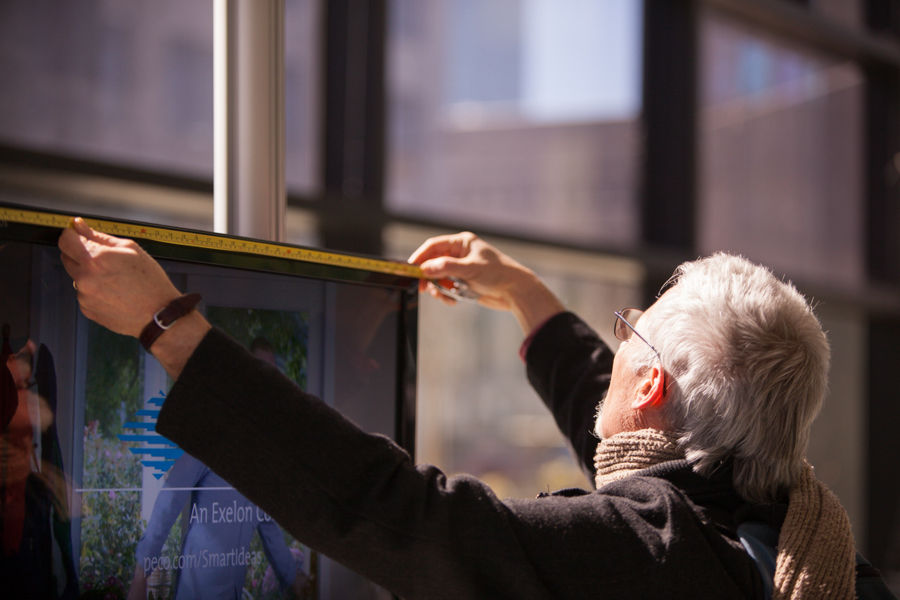 The action began with a briefing at the Unitarian church on Chestnut Street. There was a buzz in the room. When we began singing our energy came together. Then Patrick, the action lead, described the context of the action and its goal. “We have a strategy arc- a series of linked actions that advance the campaign for solar jobs. These actions could be called the when the where the what and the who.

The when action was when we delivered an ultimatum to PECO; they must decide by May 2 whether or not to create North Philly solar jobs.
The where action occurs today.
The what action- a teach in on the history and context of PECO's choice in North Philadelphia- will be March 23.
The who action, dramatizing who makes this decision, will occur in April." 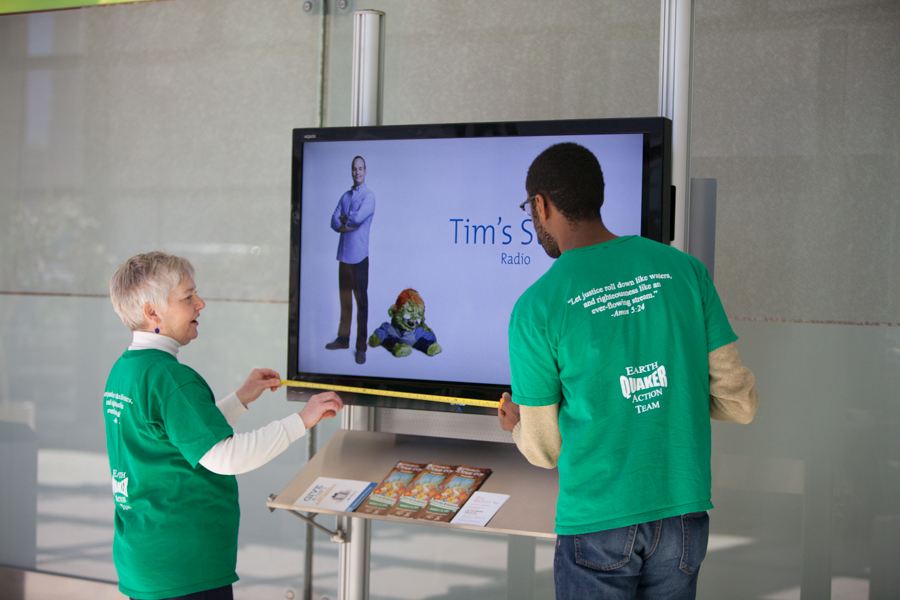 During questions an activist from the days of the Clamshell Alliance said he was delighted to see so many new faces; “if we measured this room- with all of us here- we’d be taking the measure of a social movement.” In a period of worship, we held the executives and employees of PECO in the light. After the briefing we walked to the PECO building.

We walked in by the front door. Four teams inspected sections of the lobby, using measuring tapes and checklists; they were confident and at ease. One team walked past the security without asking- to take the elevators to inspect the office of the CEO. Plastic doors did not open, and security declined their request to go in. The team asked the security supervisor many questions in a courteous discussion. Eventually the supervisor agreed to relay three questions to the CEO. One was “May we attend the deliberations on creating solar jobs?” After inspecting the building in relative silence, we left the building. On the way down the street, we began to sing. 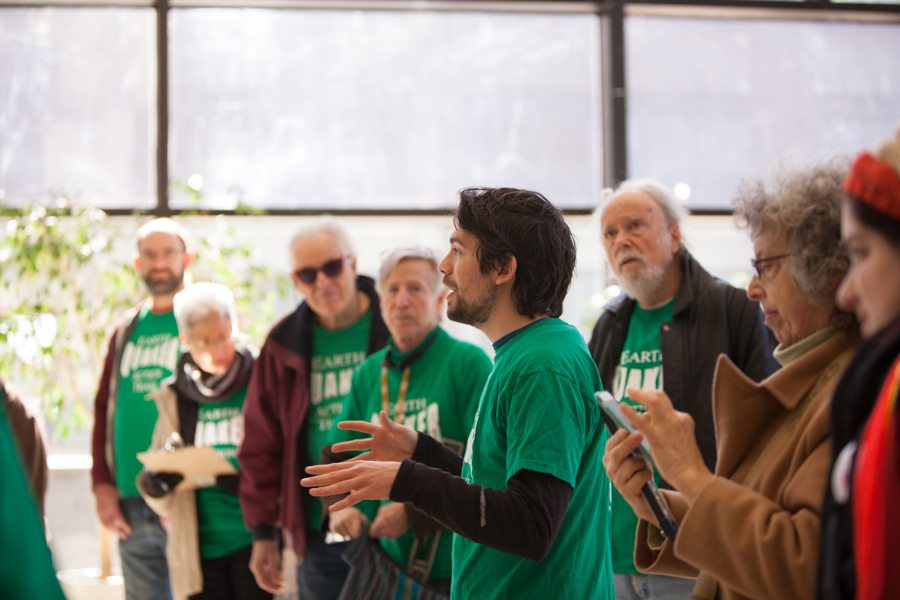 In the debriefing, we talked about the experience. One woman said, “ It was fun, like planning for a prom.” Another said, “It was good; I’m ready for something more dramatic.” On the spot, with help from outstanding musicians, we sang “Eyes on the Prize” You had to be there.