When holding worship means talking with the police

The last action I took part of with EQAT was in the summer of 2014, when, as a highschooler, I had the opportunity to engage in Quaker worship in the lobby of the PNC Headquarters. I remember how powerful that experience was and how at ease I felt. Particularly, I felt safe knowing that I did not have to engage in dialogue with any media, police, or security guards; there were trained individuals who held those responsibilities.

However, last Friday, April 14, I took the train from Haverford College into Philadelphia for another EQAT action, and this time I was challenged to exit that comfort zone and serve as a police liaison for the action. A dozen supporters of solar jobs were gathering to worship in PECO's lobby for the company to change course away from fossil fuels and move to 20% local solar by 2025. 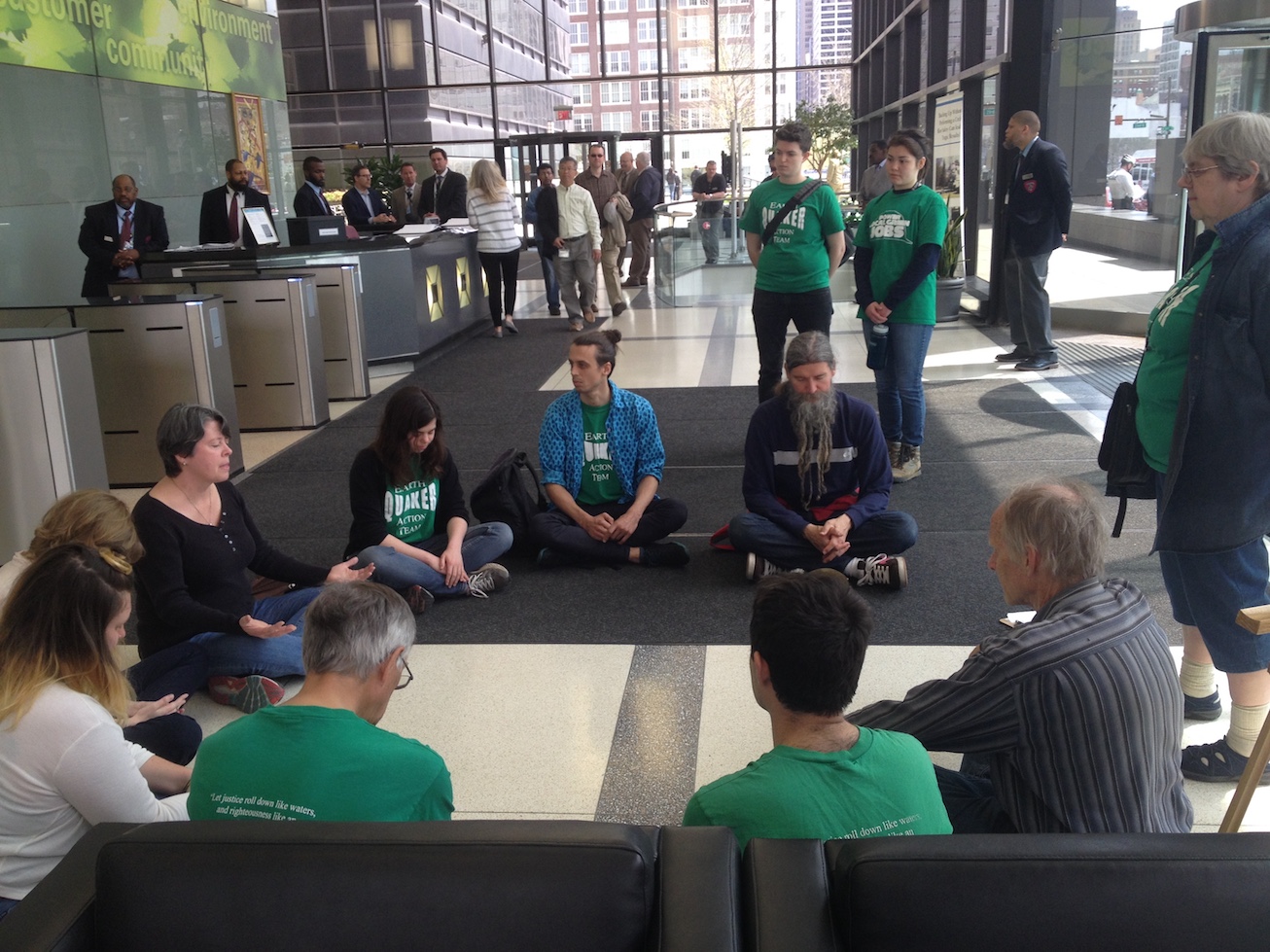 I was unsure of this responsibility, as I had not expected to have a role other than a participant when I left my dorm that morning. However, under the guidance of Ryan, an experienced police liaison, I felt that I had the support I needed to serve the other participants in that way.

Ryan was very helpful in explaining their experience with the position of police liaison and their typical strategies for maintaining clear communication between the police and the action coordinators. They encouraged me to embrace the role and provide my voice in describing to police the goals of the action. I felt comfortable sharing the position with Ryan and felt very supported.

Though the action was small and ultimately did not require any communication between Ryan and me and the police, I cherished the opportunity to embody the duty of keeping an eye out for the participants so that they could focus on the task at hand: worshiping and holding a space to reflect on their journey ahead.

I was glad that I got to be a part of an EQAT action in a way I had not experienced before. I have always admired EQAT for the strategy and organization that makes their activism effective in ways that are not always seen elsewhere. I am inspired to be a part of more EQAT actions in the future, perhaps in even more diverse ways!