What a week it was!

The Vanguard’s Big Climate Problem Walk ended on Earth Day with a crowd of 150 people singing, “We are young and old together,” as 16 risked arrest to challenge Vanguard’s inaction on climate change. Some wore life preservers to symbolize the fact that some people have more protection than others from the effects of rising seas. Others prayerfully read about places where people are especially vulnerable to climate chaos. They highlighted places where people are fighting back against companies that Vanguard invests in: Chevron in the Amazon Rainforest, Exxon and Formosa in Louisiana, Enbridge in Ojibwe territory, to name just a few.

It was a week of making such connections. At the walk’s launch in Chester, we met with local frontline activists and heard about the deadly health effects of the row of toxic facilities–many of them Vanguard investments–only feet from people’s homes. In the Eastwick neighborhood of Philadelphia, we heard about the legacy of toxic pollution dumped there, and the increased flooding caused by climate change. In both communities, we saw firsthand how the struggle against environmental racism and the struggle against climate change are inextricably connected. 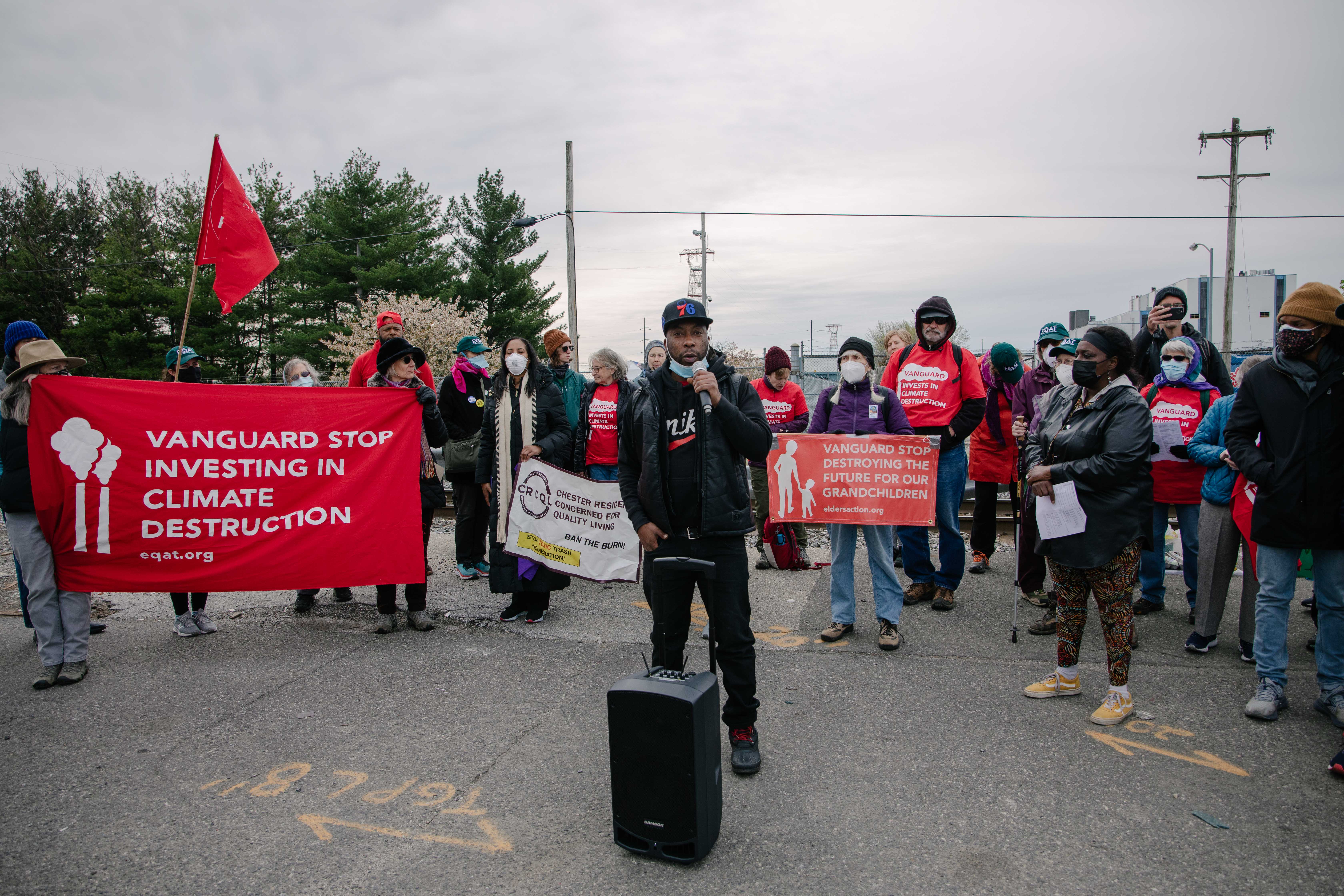 As we walked toward Vanguard’s headquarters, we entered neighborhoods where there were no incinerators or Superfund sites, but we were able to highlight the money funding those facilities. In Wayne, we gathered with friends from Exodus Alliance, Dayenu, PA Interfaith Power and Light and others for a “street seder,” using the symbols of the Passover story to challenge the “climate pharaohs” of our time, Chase Bank and Vanguard, the largest investor in Chase.

We found open doors nearly everywhere we went–except the home of Vanguard CEO Tim Buckley, where we left sunflowers and a friendly card, gently explaining why we were praying for him to lead his powerful company in a new direction. By the time we arrived at Vanguard headquarters Friday morning, 300 people had joined us in some part of the walk–many new to EQAT, the Vanguard campaign, or both. We left energized for the work ahead and grateful for all the support we received, whether in miles walked, hours volunteered, or dollars donated. We are grateful and buoyed.

The next step is rest and discernment about the steps after that. One possibility is a series of smaller actions where we support the leadership of different groups that might want to send Vanguard a message. Please be in touch with me if this sparks your interest.

We also hope to host a party in the coming weeks–a chance to meet in person, celebrate, and continue to strengthen the relationships that grew on the walk. Stay tuned for details, or come to our Zoom general meeting to debrief your own experience of the walk.