Do you invest with Vanguard? 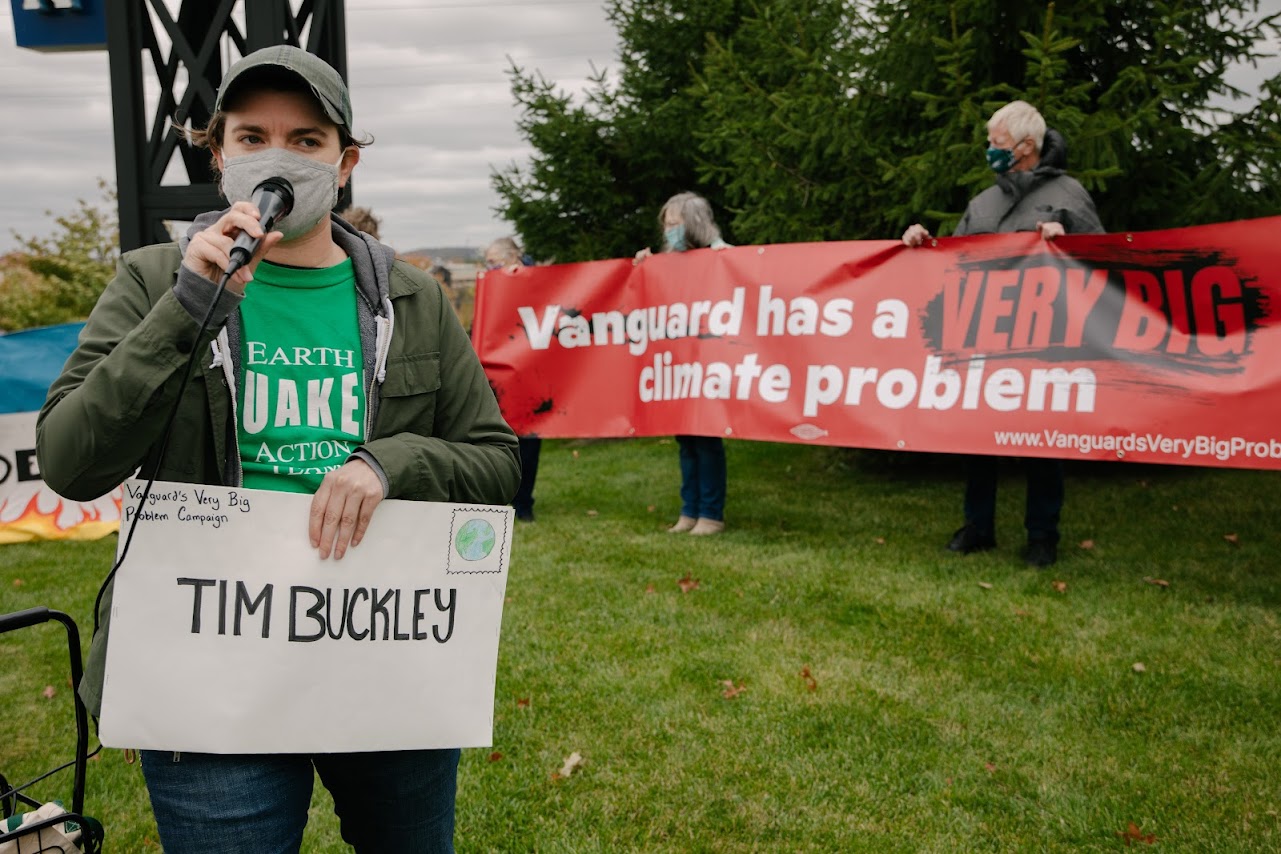 Vanguard Customers Have an Important Role to Play, so Don’t Move Your Money (Yet)!

As soon as Earth Quaker Action Team (EQAT) announced that we had joined the international campaign to pressure Vanguard to become a climate leader (instead of a laggard), we started hearing from Quakers and others who were Vanguard customers, eager to move their money to funds that are not financing climate catastrophe. We are heartened by this desire to invest with integrity, while being clear that the impact of our efforts will be much greater if we wait, organize, and take action together.

EQAT's interim campaign director, Eileen Flanagan, said "Before joining EQAT, I didn’t really understand the importance of collective action. Most of my actions to slow climate change were individual and so small, relatively speaking, that they left me feeling powerless. Joining EQAT helped me understand how collectively we can have a major impact if we act strategically. I still hang my laundry to dry and compost my kitchen scraps, but I now think of these as individual acts of integrity, like spiritual practices. To contribute to the scale of change that’s needed, I need to act with others to challenge business as usual."

Collective efforts have already shifted major financial institutions away from coal, including major asset manager Blackrock. In 2015, EQAT was successful at pressuring PNC to stop financing mountaintop removal coal mining. During that campaign we learned that many Quakers and others were eager to move their money out of a company financing that destructive practice, but they weren’t thinking of it as a collective action, so they didn’t necessarily tell us if and how much money they were moving. We only started asking several months into the campaign, so our official number of $3 million moved out of PNC doesn’t include those early money movers. This time, we are collecting customer names from the beginning so we can use the natural leverage that customers have more systematically.

Fossil fuel companies and other major contributors to climate chaos rely, not only on loans from banks, but if they are publicly traded, on the asset managers who buy their stock in bulk. Many of us who are fortunate enough to have funds with Vanguard may be upset to hear that it is the world’s biggest investor in coal and one of the two biggest investors in gas and oil. But here’s the good news! We have a special opportunity to influence a company with $8 trillion in managed assets.

If you are a Vanguard customer, please help us lay the groundwork for this strategy by filling out this form. We will keep you informed of opportunities to take action, which may include different efforts to pressure Vanguard, such as phone calls and letters. If we use the bargaining chip of moving our money, it will be a last resort. Collecting this information will also enable us to tell Vanguard that we are part of a group that collectively invests an unignorable dollar amount with them. Only one core member of EQAT will be the keeper of this list, holding people’s individual financial information in the highest confidence.

If you are not a Vanguard customer (or can’t even imagine having such funds), there will be many other ways to be involved! Check out our upcoming events here.