EQAT shows PECO how to Get Moving

As the our early-evening action drew near, many questions remained. Would the gray, wet weather prevent us from taking action in the plaza of the PECO building? Would enough people still come in the weather to fill all our roles? Would the generator we rented and sound system we had borrowed fill the noisy space with dance music? Would PECO try to stop us? (Carolyn, our security liaison, was prepared if they did.) Would PECO pick today to get moving? (We weren't so sure.) 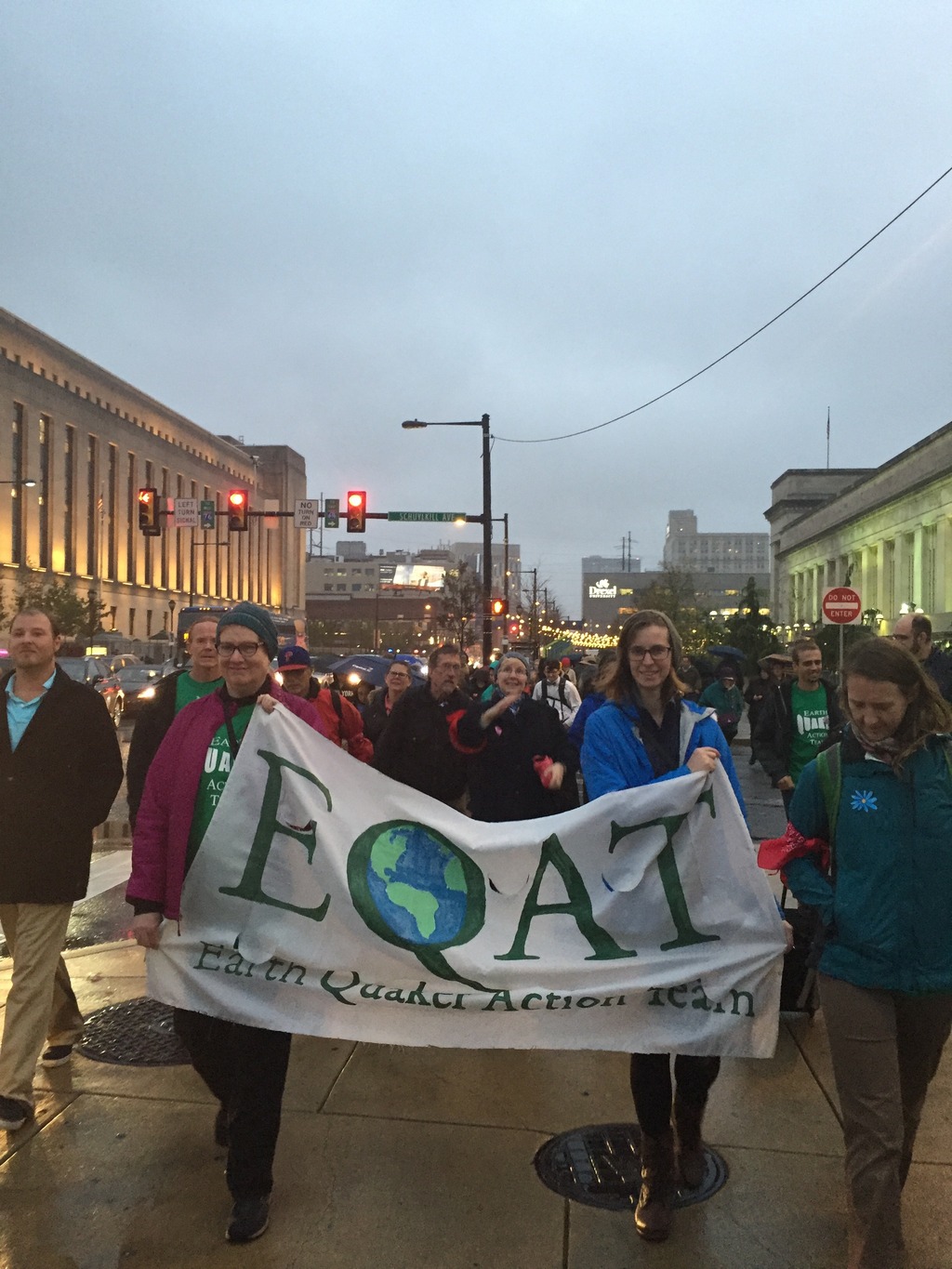 In all, some 56 people braved the elements to join the action; for several it was their first with EQAT. Action roles were filled by people from 13 to 78 years old. At just the right time, the rain reduced to a mild mist that—by the time we finished dancing the electric side—we barely even noticed. Meanwhile the core team breathed a sigh of relief as the sound logistics were a remarkable success.

The day had started with invitation actions; including an action in which two EQATers, Hannah and Lee, entered the PECO building to invite PECO CEO Craig Adams to get moving with us. They were informed by security that he was unavailable and that other executives were unwilling to join us. So, just as we expected, it fell on us to show PECO how easy it is to get moving, through singing, speaking, and most notably through dancing the electric slide, taught expertly by our newest EQAT staff member Greg Holt.

The dance felt extremely fun, and slightly silly in the best sense. We were demonstrating how great it is to get to get moving. But we were reminded by our spiritual anchor, Ingrid, of the deep meaning of this climate justice movement and the work we are doing. Our MC, Lina, reminded us that as we are moving other movements are taking place in Philly and around the country. From the Keystone XL pipeline to the University of Missouri, people have been moving, and people have been winning. It's time for PECO to get moving!