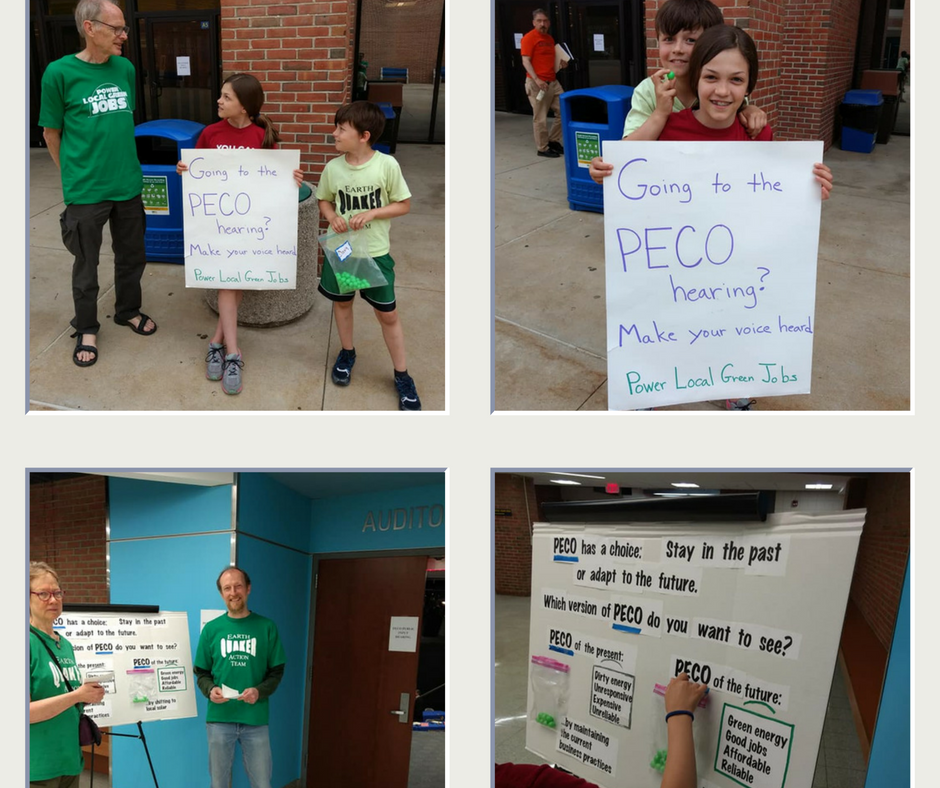 We began the summer showing up at six rate-hike hearings to oppose PECO's efforts to increase its enormous profits despite the ongoing crisis in energy shut offs, poverty, and dirty air that sickens our region. While that process continues, this week we are reaching out in different public settings to connect that story back into the ways that PECO could work toward economic justice.

On Tuesday, July 31 from 11:30am to 1pm at PECO headquarters on 23 and Market, we will be activating bill payers and other passers-by to choose the PECO they want to see. Bring a sun hat, sunscreen, & water!

Then on Thursday, August 2 at 10:45am a whole parade for green justice will begin at PECO. This powerful and playful action is organized by the Carnival de Resistance working with multiple campaigns who are urgently demanding a livable and sustainable city.

Finally, on Friday, August 3 at 6pm at Rose Tree Park in Media, Power Local Green Jobs activists will be attending the summer concert series which is sponsored by PECO to engage the public about the potential for solar jobs to benefit communities throughout the year. Rose Tree Park is at 1671 N. Providence Road, Media, PA.

Some of you know the story, and some of you don't: In 2010, a small group of Quakers began an audacious campaign targeting one of the country's largest banks. Five years later, EQAT won its campaign to stop PNC Bank's huge investments in mountain top removal coal mining. Right now, while we're deeply concentrated on the Power Local Green Jobs campaign, it can be useful to reflect on that history and take those lessons forward. An inspiring new video from QuakerSpeak does just that! 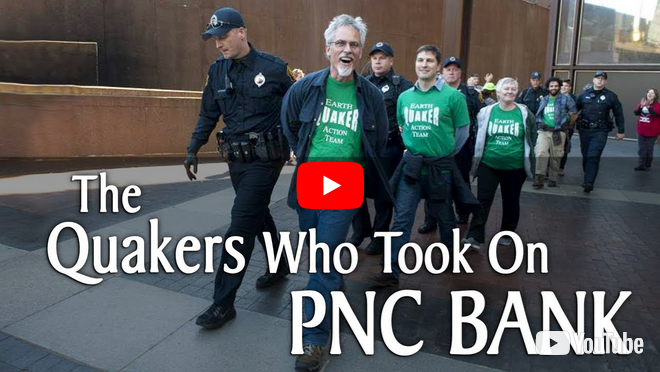