This is what Philadelphians need

On Tuesday, May 1, a gorgeous spring day, a code orange ozone alert was issued in the Philadelphia region to warn children, the elderly, and people with respiratory illnesses to limit their outdoor activity.

Ozone pollution from dirty energy suffocates our neighborhoods more than one out of every four days.

That same day, Philadelphia ratepayers and allies stood up to the largest utility conglomerate in the country and said "enough!"

Exelon Corporation owns utilities like PECO and rakes in millions in profits selling dirty electricity. We decided to follow the money and make our voices heard. Both inside and outside the Exelon shareholder meeting, supporters of Power Local Green Jobs raised questions about the company's reliance on dirty electricity and the lack of green jobs where they're needed most.

Back in Philadelphia, we gathered feedback from residents in one neighborhood that is particularly suffering from lack of jobs and investment: North Philadelphia. Near Serenity House on 12 and Lehigh Ave, we asked folks to consider PECO's profit of more than $1 million dollars each and every day, and tell us what they would do instead with $1 million dollars for the community. Here are some of the answers: 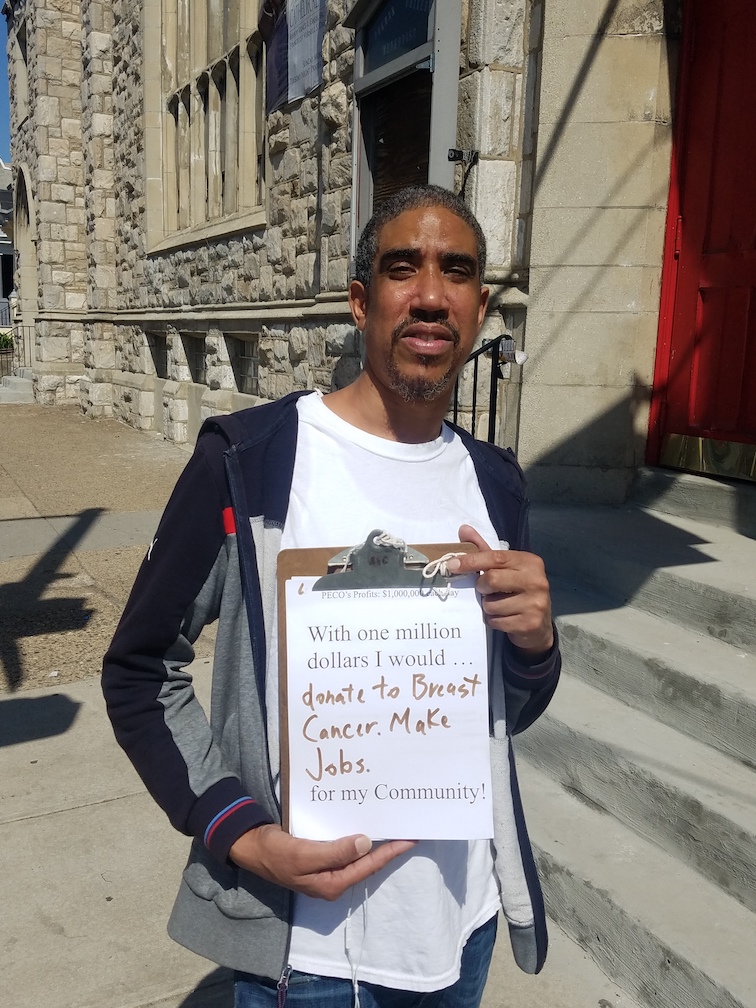 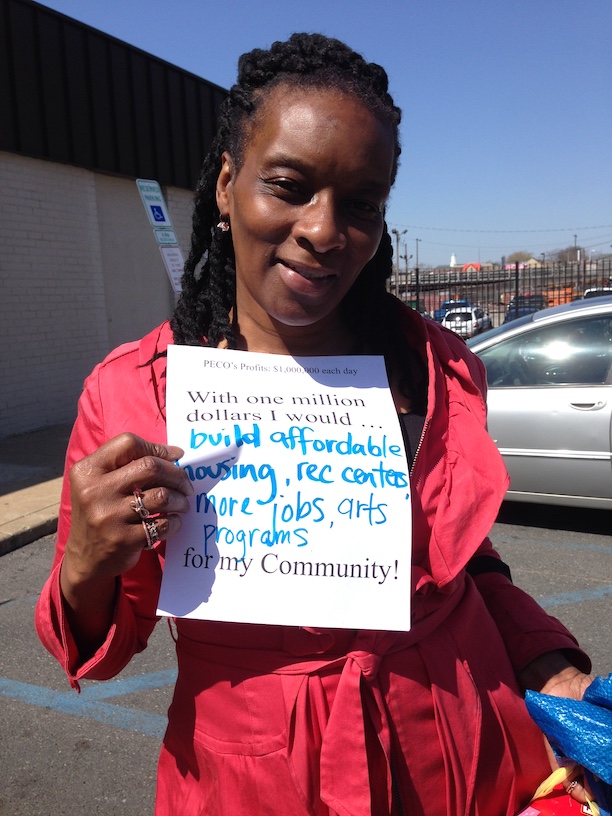 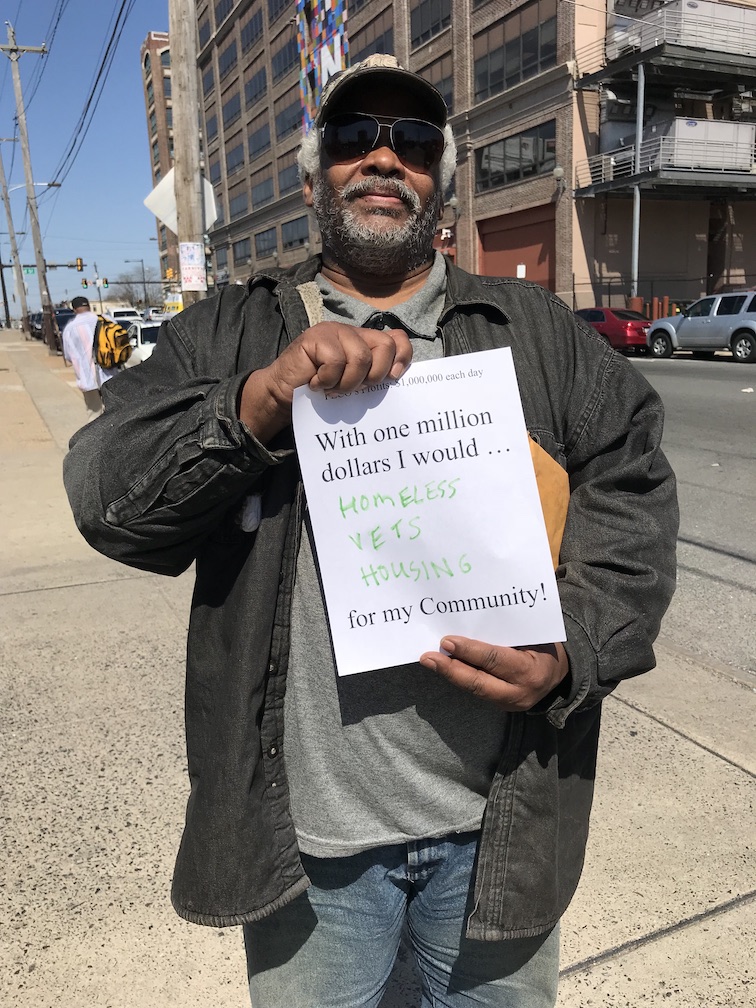 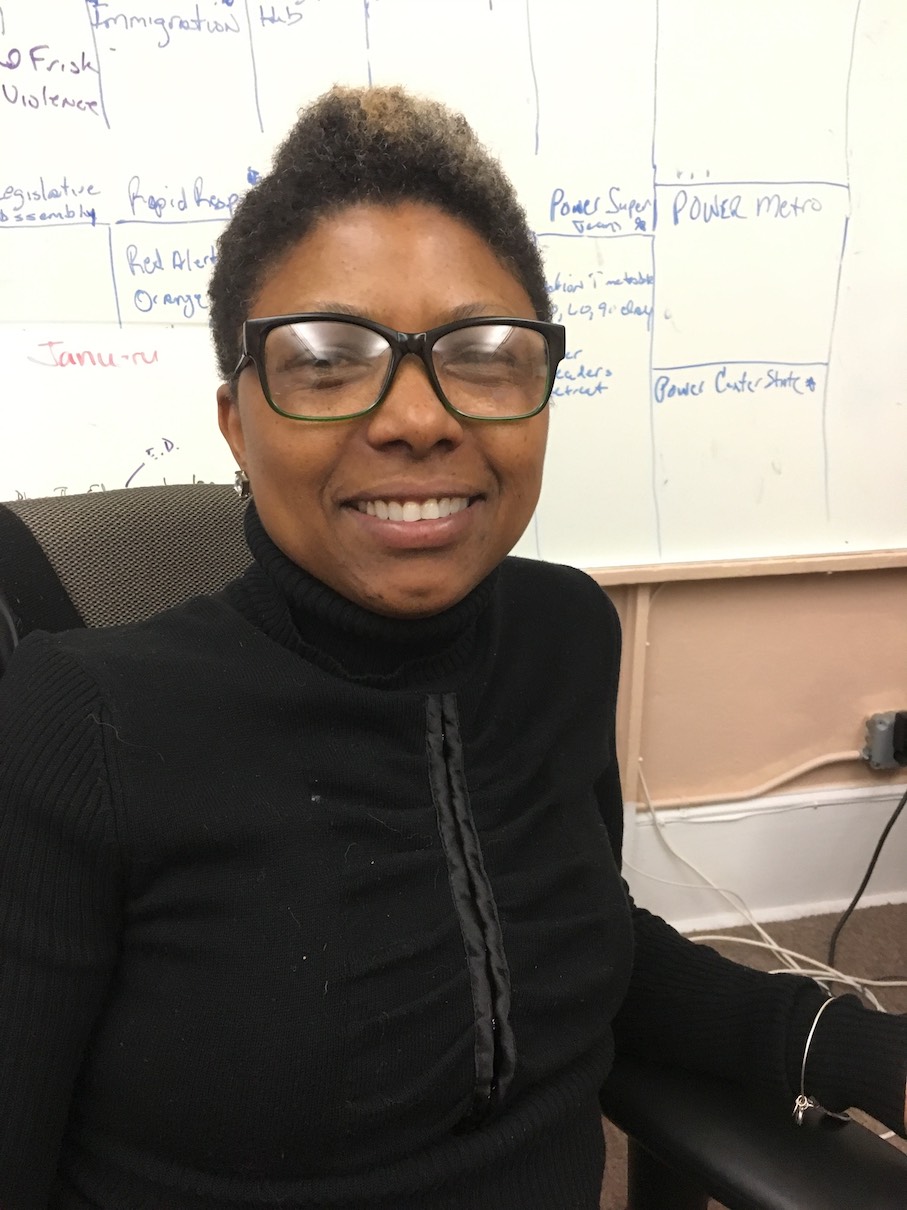 We're excited to announce that the Philadelphia action was supported by a new campaign organizer! With partial funding from EQAT, our campaign partner POWER recently hired Camille Turner as an organizer for climate justice work and Power Local Green Jobs. Camille has a background in ministry and is now a Quaker who recently moved from Bucks County to the city of Philadelphia. She bridges many communities and perspectives and will be focusing on organizing congregations around energy and climate.

Over the next few months, we'll be developing more nimble actions that "follow the money" PECO is sucking out of ratepayers' pockets. Come to an upcoming meeting to get involved!