On a sunny and sweltering Wednesday, August 24 a small but dedicated group of EQAT activists took the Power Local Green Jobs message to workers, residents and visitors in Doylestown, Bucks County. The occasion was a noontime music concert on the Bucks County courthouse lawn, co-sponsored by PECO. 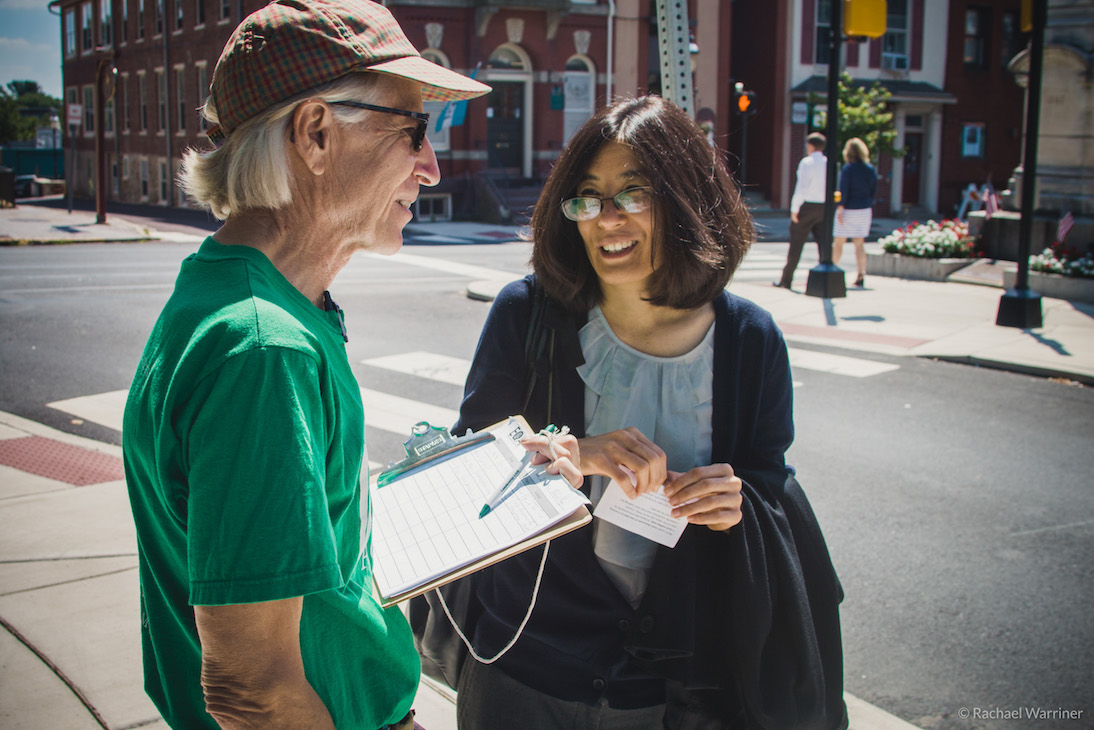 Our group of about 13 EQAT activists from Bucks County and Philadelphia met at the Doylestown Quaker Meeting house several blocks from the County courthouse. Just after 12 noon, we marched to the concert and took up positions on the sidewalks around the park perimeter, setting up the cardboard rowhouse with its roof ready for the “installation” of colorful solar panels.

Many people willingly accepted our “What if PECO were a solar jobs creator?” leaflet. Some expressed real interest in or curiosity about solar power; some had questions about how to get solar power for their own homes. Several people expressed solidarity with the need to reduce fossil fuels to address global warming (very salient given the +95 degree day we were experiencing!). The rowhouse roof ended up plastered with brightly colored solar panels, courtesy of some kids among the passersby. A distinct minority who we tried to talk with couldn’t be bothered, “I’m on my lunch break” [implying, “so leave me alone”].

Our action continued until a little after 1 PM when the concert was winding down. Giving in to the heat several activists adjourned to a local Doylestown ice cream shop for a little cool relief. 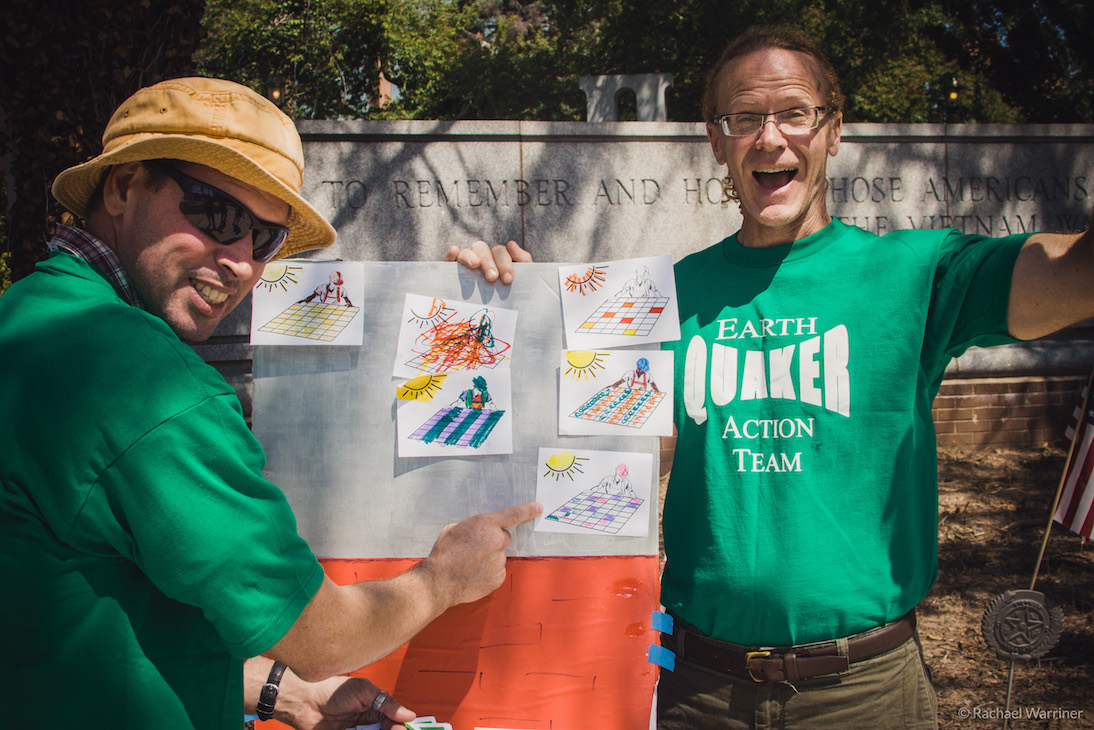 Other than its name on the concert sponsorship sign, PECO had no visible presence at the concert. But was the community impact of our first action in Doylestown? It’s hard to say. We certainly opened some eyes and increased awareness among people we spoke with, and we learned a lot about effectively showing up at PECO-sponsored events.

Overall, I was excited to be part of the effort to bring the Power Local Green Jobs campaign to Bucks County. These are the first steps of what will undoubtedly be a protracted effort. This is what PECO needs to be doing even if we have to drag them kicking and screaming into the fossil free future! 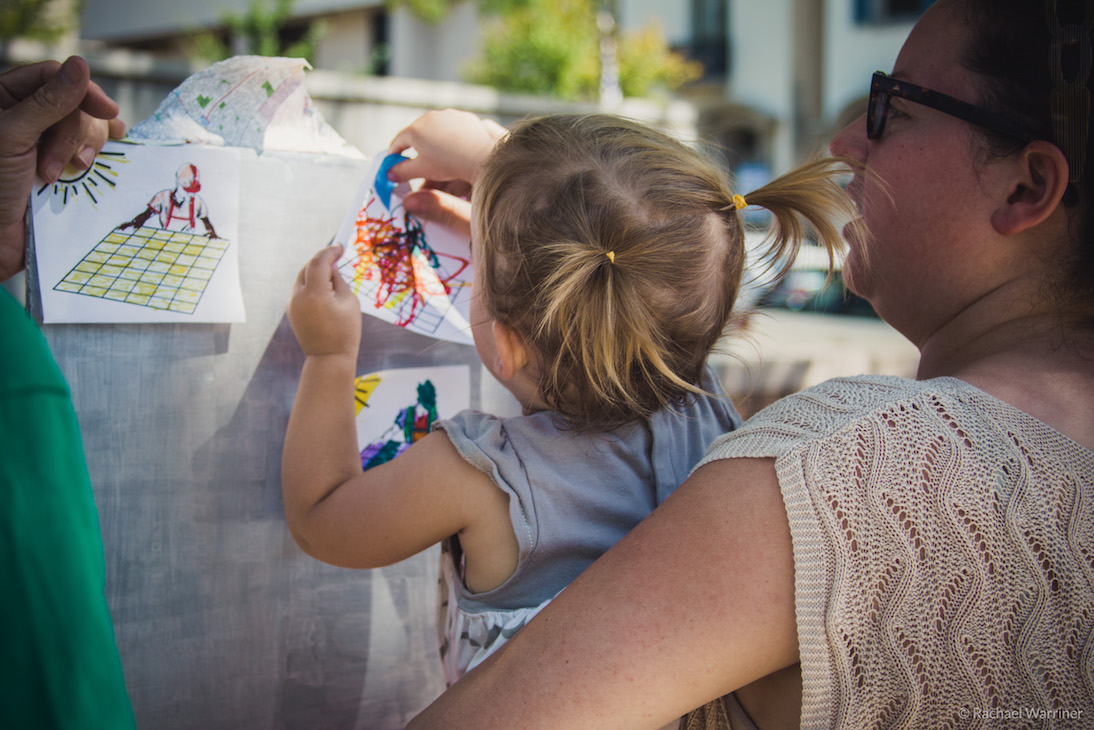 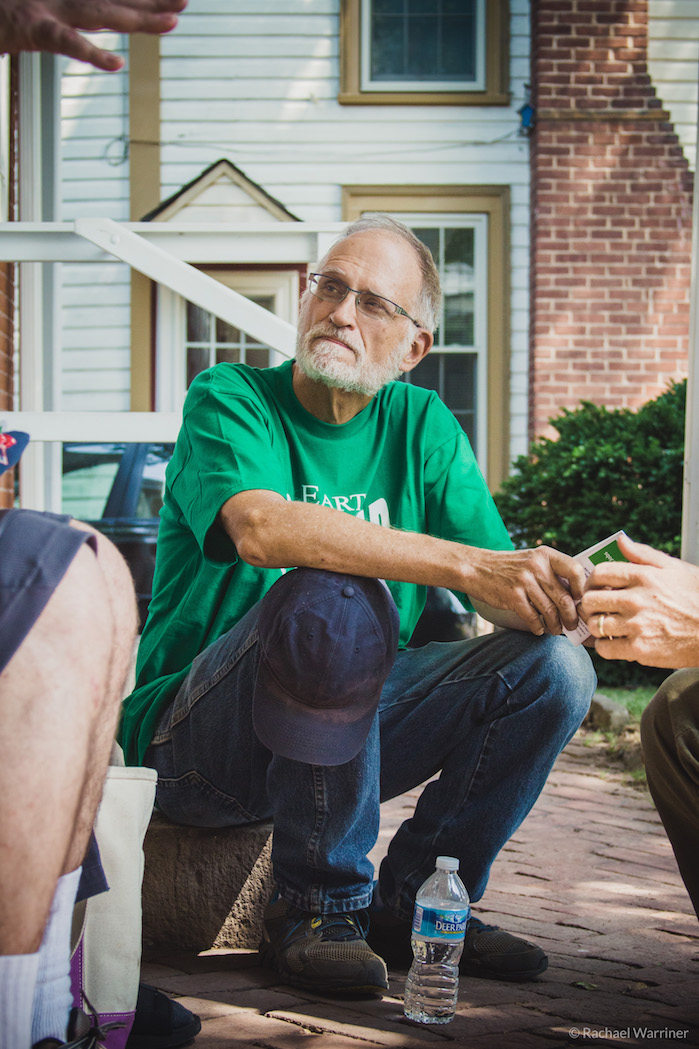