On July 20 I was eager to join EQAT members in another “Stop the PECO rate hike!” action. This one was in Norristown—not on the sidewalk outside PECO headquarters—and the goal was to inform folks about the 10% increase in rates PECO was requesting.

The action was at 5:30 p.m., so I was worried about finding parking near the busy intersection where we were gathering. I had made my own sign for the first time (I am relatively new to the organization), and was trying to decide whether, on this hot and humid day, I should wear a mask. The heat and the on-going pandemic were both reminders of what’s at stake if those in power continue to ignore the climate crisis.

I found parking and joined a good-sized group of green-shirted EQAT-ers. I asked a member of the group if my sign seemed okay: “PECO: $1 million/day in PROFIT isn’t enough? Shame on you! NO RATE HIKE!” It was nice to get the “thumbs up,” and to once again feel like I was part of a group that is kind and supportive to all who convene at these actions to express concerns about the climate.

We held our signs at a busy intersection and drivers who passed by were often very curious, slowing down and staring; most who reacted raised a supportive fist of solidarity from their window or honked their horn in approval. A few gave us not-so-friendly shouts or gestures, which made me curious.

The most uncomfortable part of the action was walking up to pedestrians, who presumably lived nearby, and trying to engage them in conversation about the rate hike. We had anti-rate-hike postcards that we asked folks to sign that would be sent to PECO. We were ignored by some folks, who (understandably) seemed to just want to get on with their busy evening. I didn’t like the feeling that our presence might be unwelcome by some. I was lucky enough to be able to eavesdrop on the conversation one of the EQAT members was having with a man waiting at a transportation center. He expressed a lot of cynicism about engaging with politicians about ANYTHING. I felt a lot of empathy for his position that all politicians do is make promises that are never kept. But he kept on talking to my EQAT colleague, and listening, and I felt that my (very well-informed!) EQAT colleague was able to encourage him to check out some resources in the community that are doing good things.

At the end of the action, the EQAT group huddled up and de-briefed, which is always my favorite part of the EQAT actions. This is where the bonding happens for me, which, in turn, sustains my commitment to wash my t-shirt, think about a better sign, and come back next time. 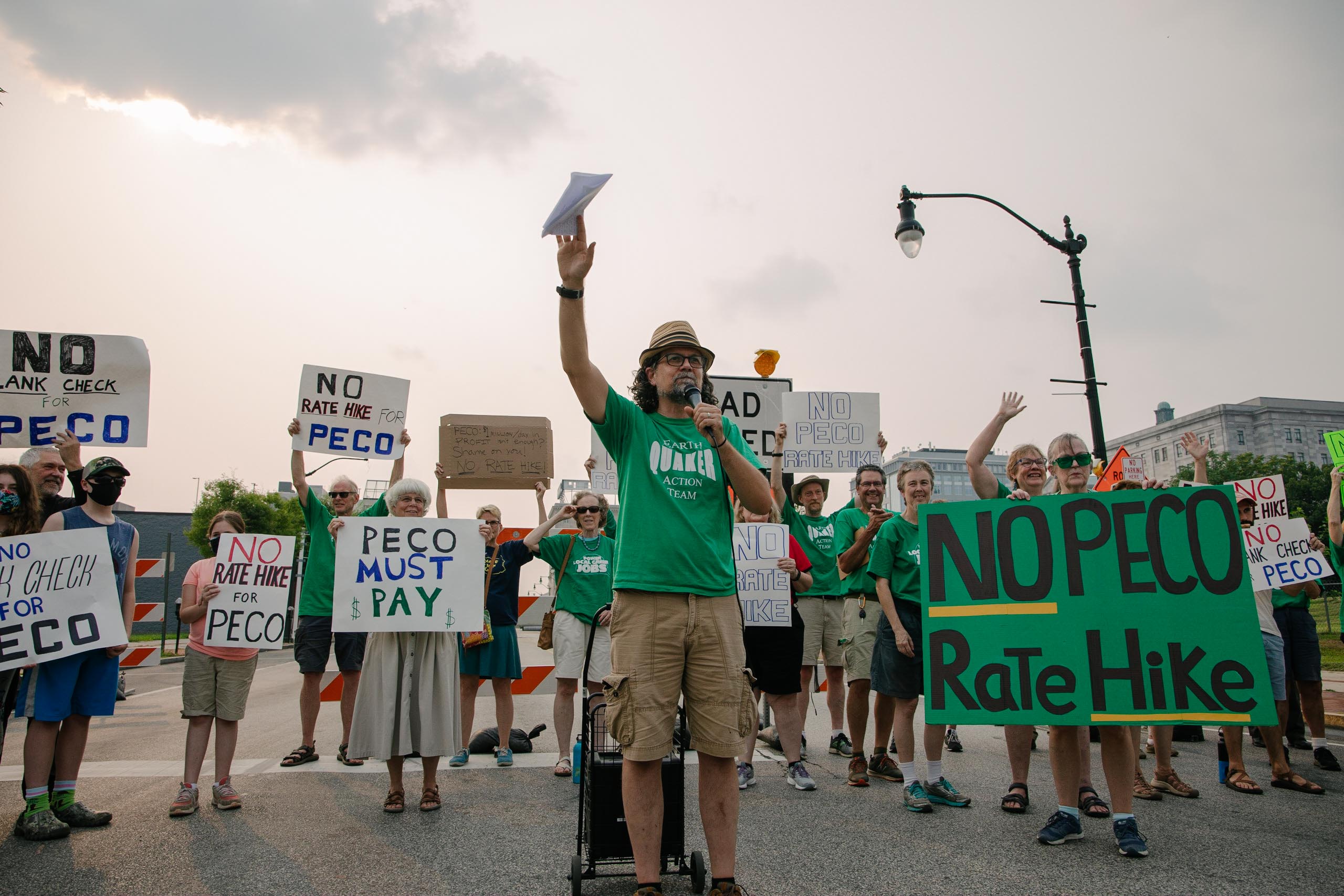