Spotlighting for the New Year

Posted by Joan Broadfield on January 09, 2018
As part of EQAT's New Year's action team on 1/2, I visited PECO in the early morning to be a visible reminder to CEO Craig Adams that we are expecting PECO to develop the capacity for 20% solar by 2025.  We asked for it as a new year's resolution. But as we entered, there was a flurry up front as Craig Adams scurried behind a retractable entry barrier as if to seek protection from our faithful witnesses. 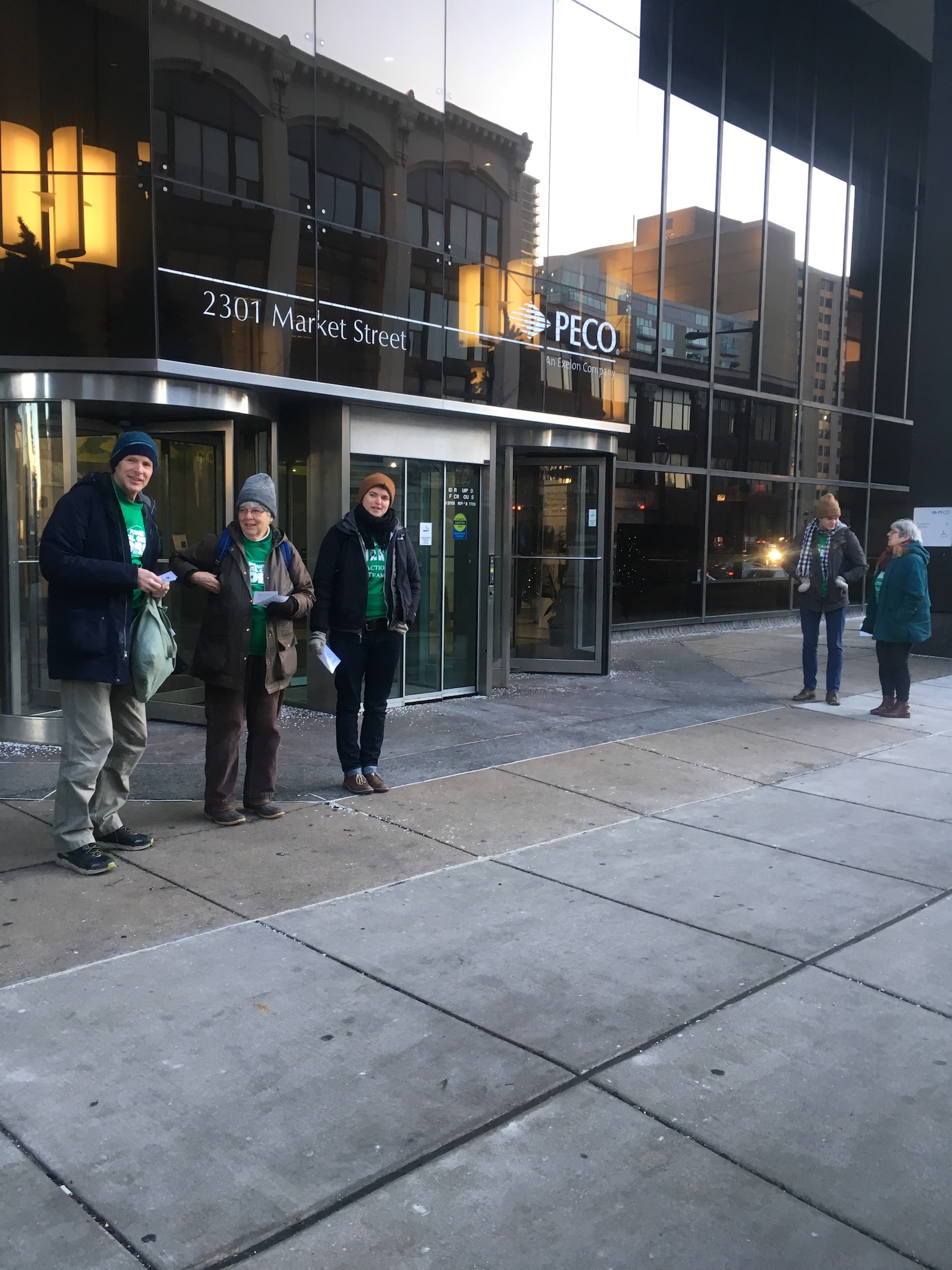 We smiled and waved, and John Bergen and I continued forward, even as the others engaged with two executives near the door....  But as we moved forward, someone we did not recognize stopped us at the gate.  John called out Happy New year! to Craig, who shook his head silently.  John continued: Can we get a resolution of 20% by 2025?  The New Person who'd approached looked at us gravely and announced: He's not available.  But there he was! Shaking his head, looking grim. Hmmm.  We called out again, and Craig again shook his head repeatedly. We heard again he was not available; we repeated this resolution request to the New Person, who then directed us to the door.  Will you convey this? John asked.  We were met with some hesitation.  My frustration erupted, blurting out why this was important to me:  I live in Chester, where hopeless young men are living desperate lives. We need a future with jobs...  He seemed a bit stunned, and said he would convey the message... but just to be sure, others in our group began a short chant - 20% by 2025 - as we were all shown the door.  Wow! Thrown out of our utility, which has a duty to serve the public!  Well, we will be back!