On January 19th, I made the decision to crawl out of my warm bed at 6 o'clock in the morning, and make my way onto the cold city streets. Once there, I met with some people who were actively trying to make a difference in this world. Before this day, I never thought I'd be right alongside them, being the change I wanted to see.

The Community College of Philadelphia had won a grant from PECO for solar equipment to train students in solar. We took the opportunity to remind Mr. Adams that solar grads need solar jobs, and PECO should move to sourcing 20% from local solar by 2025. 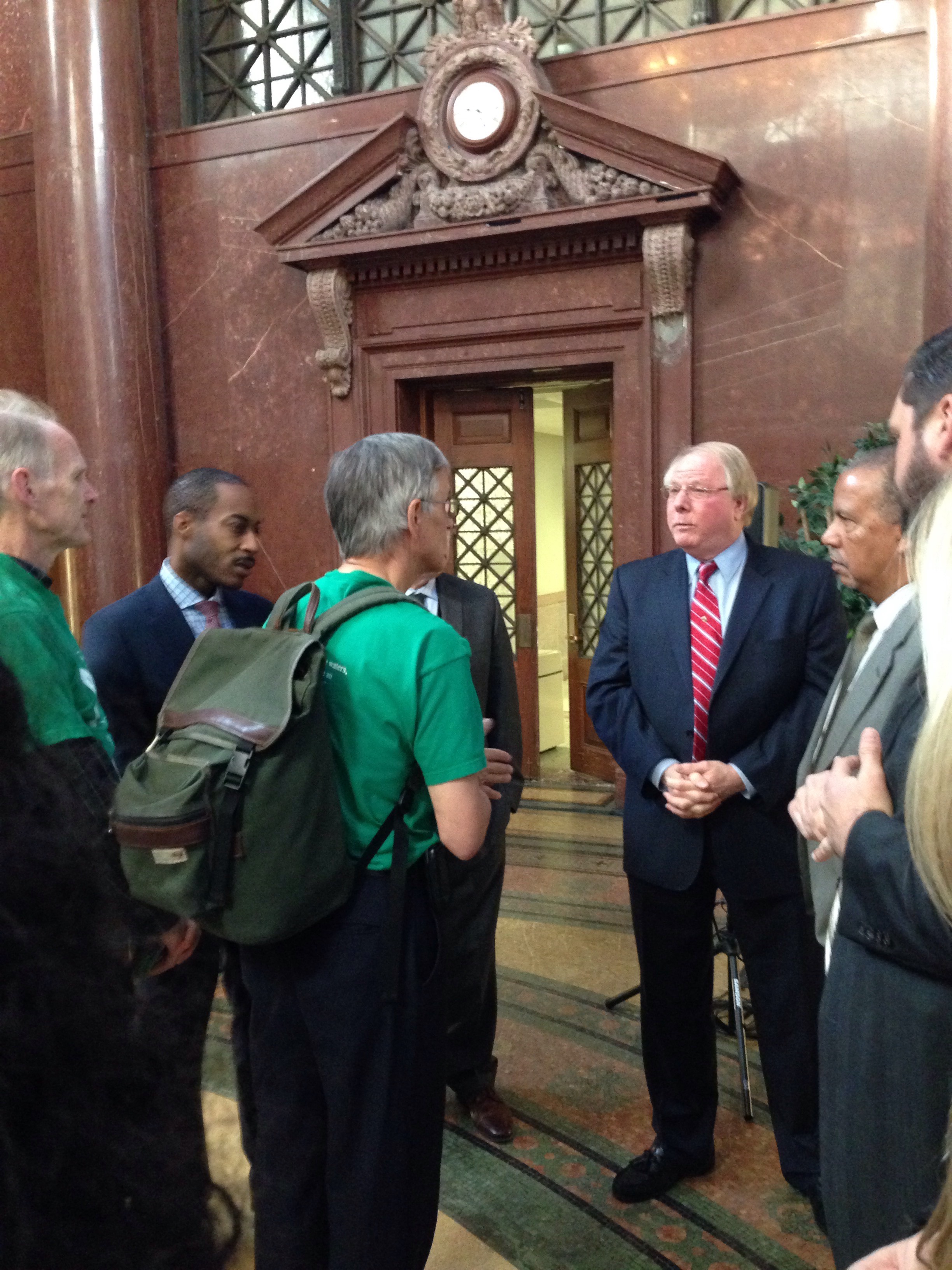 The plan was a simple one, to make our presence known and keep Mr. Adams thinking about the big picture. We made our way to the Rotunda where the presentation was to be performed (neither deterred nor dismayed by the twists and turns of corridors or the false directions we received along the way). We stood in peaceful solidarity in respect of the College and the students whom it serves while the short speeches commenced and only revealed our Power Local Green Jobs shirts once Adams took the podium.

Not a negative word was spoken, yet Adams was clearly dismayed by our presence. After all the words were said and done, the members of the team dispersed and spoke to the students and teachers about our green jobs campaign, all of whom seemed very interested in what we had to say. At the end of the action I feel it is safe to say that we accomplished our purpose and I think Adams knows we will continue to be a thorn in his side. I want to thank everyone involved in EQAT for letting me be a part of this and for showing me that there is hope for change and a reason to fight for our future.

When I joined the EQAT spotlighting team I had no idea of what to expect. Part of me was sure I would regret my decision to participate in any action they were to perform, but I got up anyway, took two trains, and navigated my way into the city. I'm still not entirely sure of why I did it, all I knew was that I had to try something different.

So, on that morning, after leaving the confines of my quiet comfort I met up with a team composed of six experienced and inspirational members of EQAT who decided that they were not happy with the way Craig Adams was running his company and were determined to look him in the eye and say, "Not good enough!" 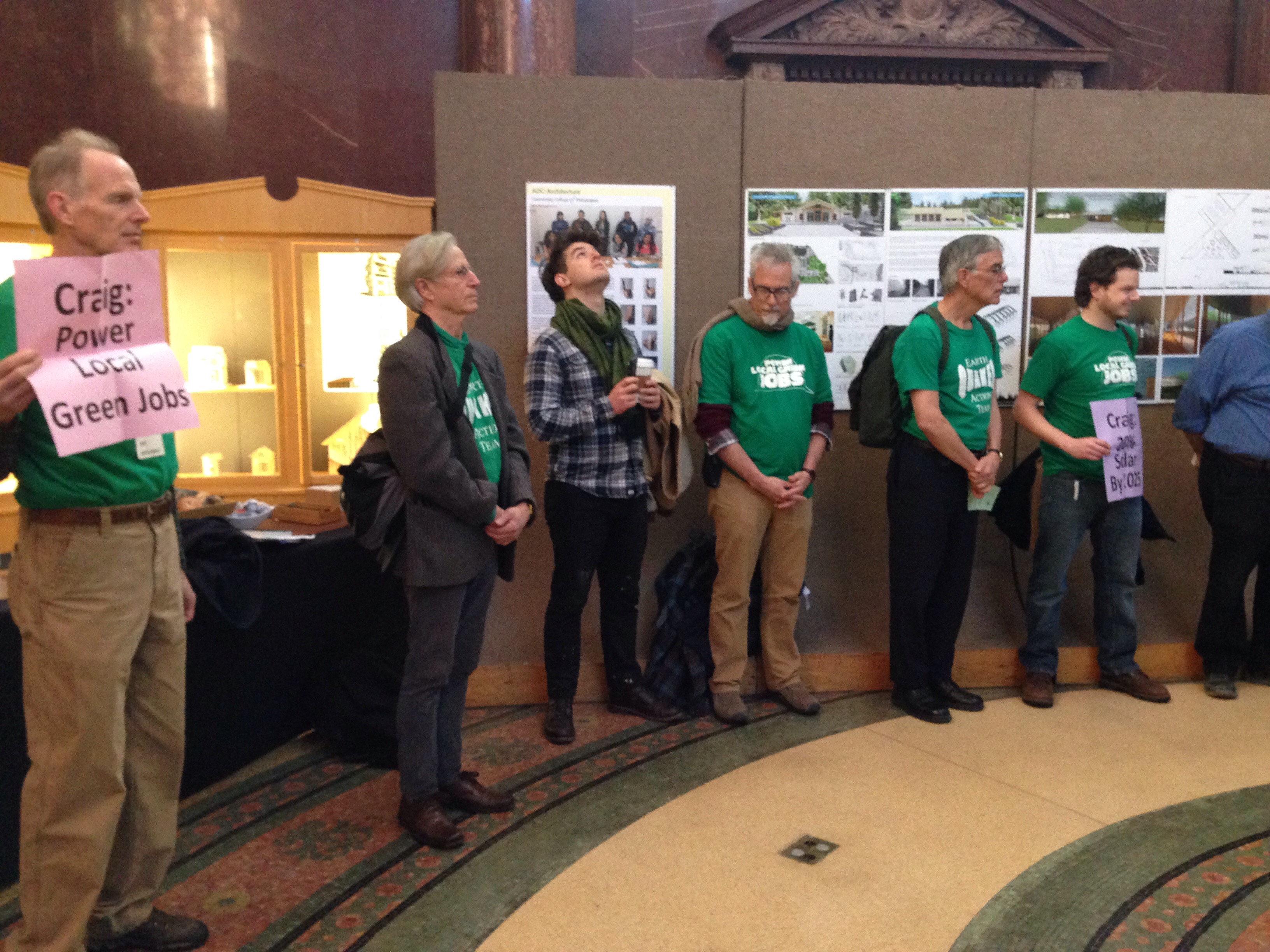