UPPER DARBY- Demanding that PECO support local solar jobs, about twenty Quaker activists raised their banners at a PECO substation in Upper Darby on Monday. They say the utility could build a green energy economy in our region, and bring thousands of green jobs by buying more of its energy from solar panels installed in local communities. 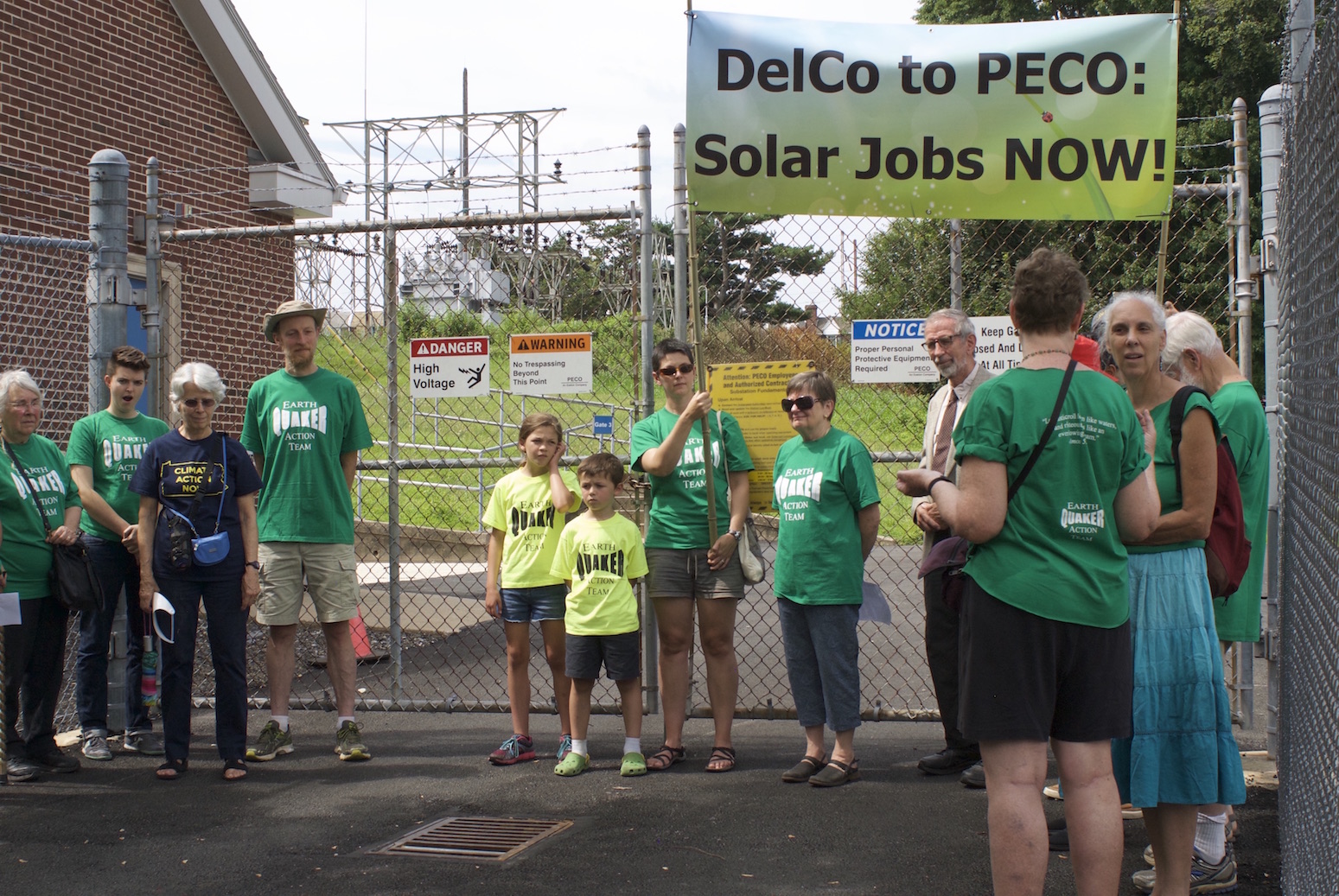 Over the past year, the Earth Quaker Action Team (EQAT) and the interfaith network Philadelphians Organized to Witness, Empower, and Rebuild (POWER) have met with PECO executives and led a dozen demonstrations outside the PECO building in Philadelphia, most recently drawing a crowd of 150. They want PECO to secure 20% of the electricity it sells from local solar by 2025, with solar panels installed first in the communities hardest hit by unemployment.

Pennsylvania is far behind neighboring states in making the transition to solar and other renewable energy. Just this week, New York state committed to the much higher goal of 50% renewables by 2030.

“We have the workforce to install and generate clean energy right here. The electricity flowing through these wires should be fueling local jobs every step of the way,” said Nancy Sleator, a volunteer from Lansdowne. “There are many unemployed people living near the closed down factories along the Delaware River who could be trained as solar panel installers.”

The action is spreading into surrounding counties, where many communities hope to see green investments. Last week in Chester, a group of high school students took action on a busy street corner, speaking to passersby about why solar jobs are needed in their city. 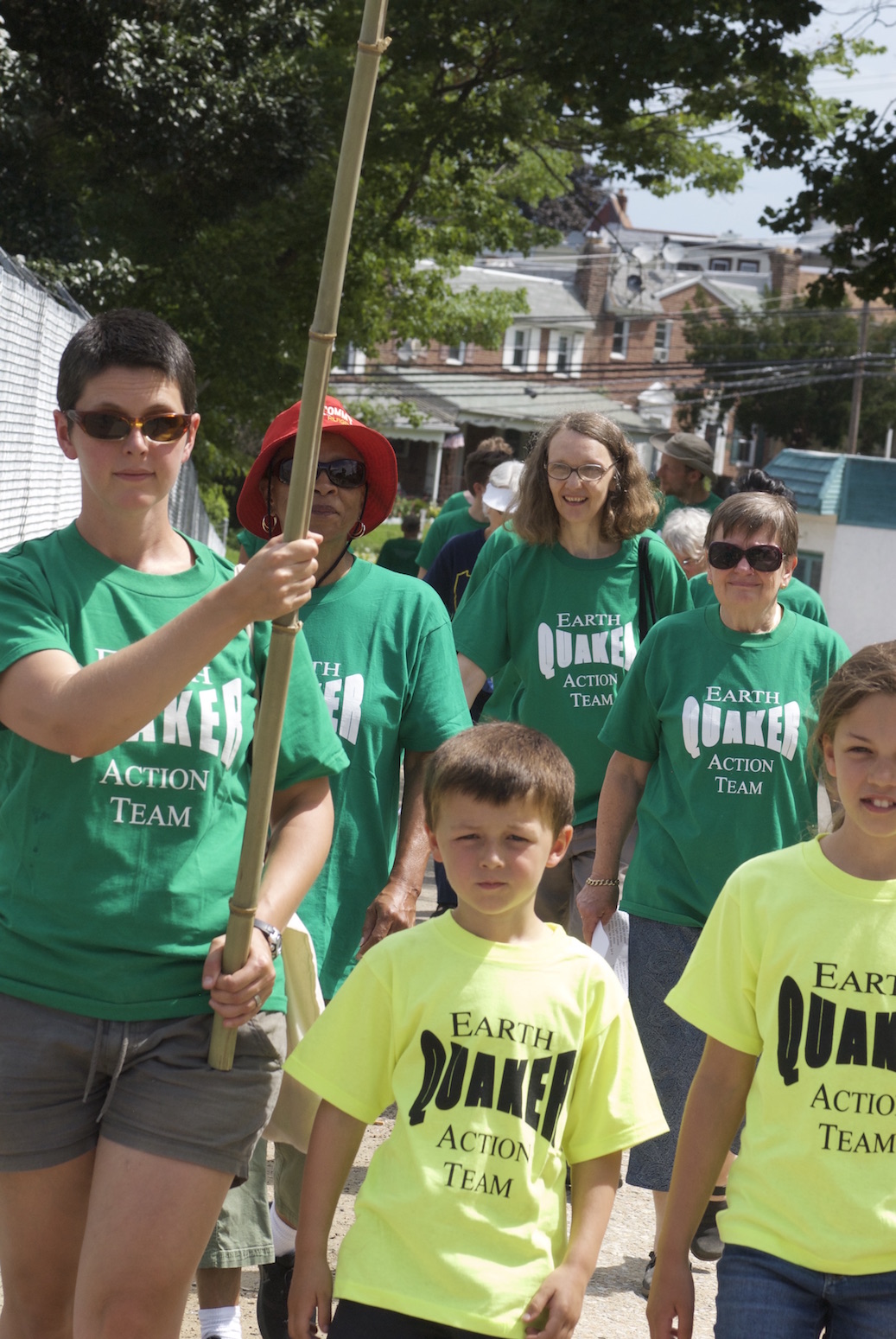