This morning I joined 21 other people, and we traveled to a PECO substation in Upper Darby.  We stood sweating in the blazing August sun and humidity, as we sang, worshiped, and told stories of why we had come.  Despite our physical discomfort, and my general dislike taking on public leadership, I felt a sense of cohesiveness that satisfied something deep inside me.

I grew up in the heart of the Cold War.  Almost every male adult I knew was a veteran of World War II.  My dad was a physicist working at 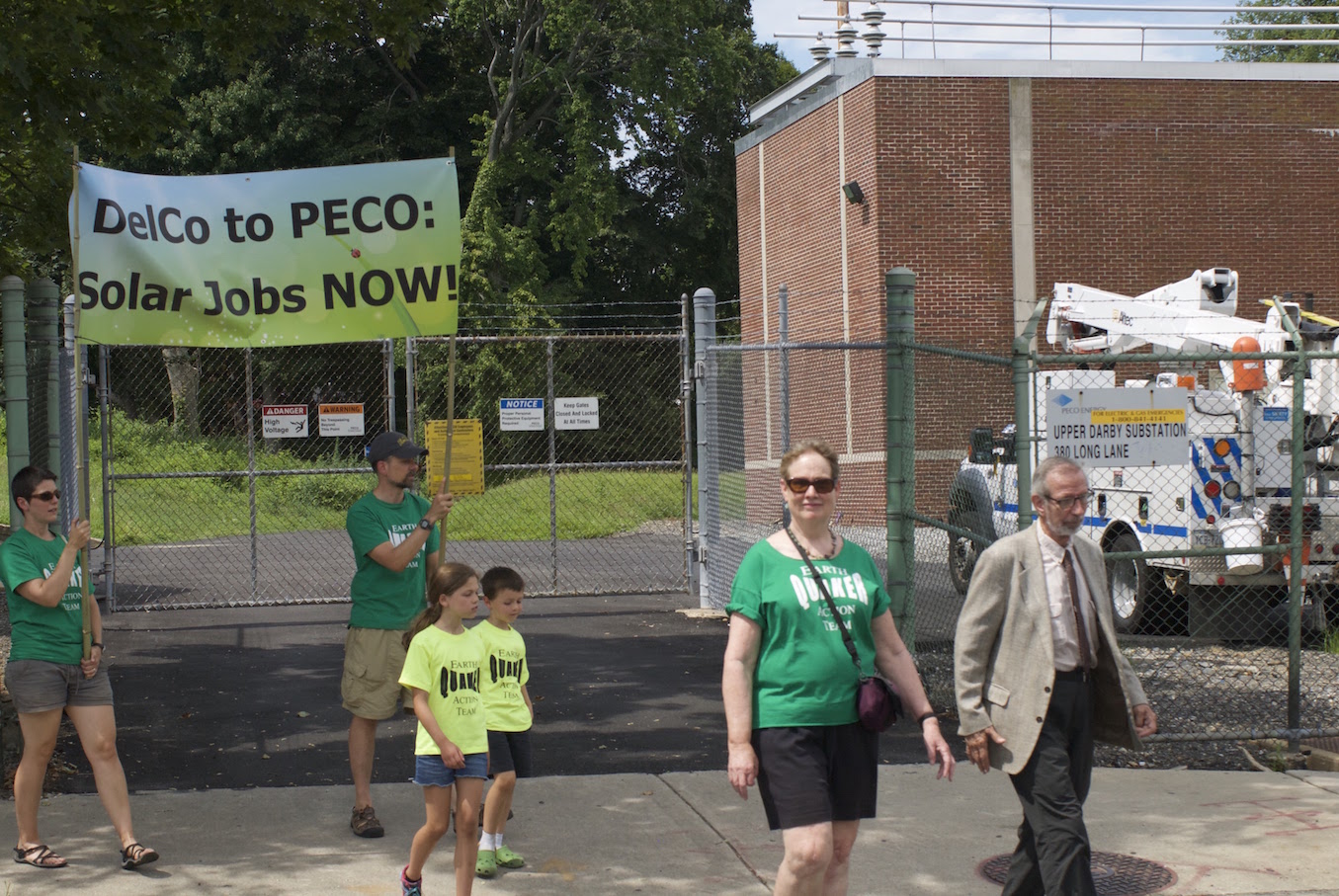 Aberdeen Proving Ground on big weapons.  In my child's version of reality, the most important task we had to achieve was to keep the evil Soviet Union from conquering the U.S., and ruining our lives, and brainwashing us.  My parents, my teachers, and the pastor of my church explained to me the ugly version of reality that no one questioned:  We have nuclear bombs pointed at the U.S.S.R., and they have nuclear bombs pointed at us.   This is the best you can expect.  There are no better options.

Because of the time and place where I lived, I didn't know anyone who said, "There have to be better possibilities than this. Surely humanity's goodness, creativity, and love of life can turn the tide."

I grew up, and learned more about the world.  I decided that I didn't want to be the kind of grown-up who settles for an ugly, vicious picture of what we're capable of.  I don't want to look at my grandchildren and say, "This is all you get. A world where climate change is acceptable, and where no corporation has to think about how the jobs they create affect racism and economic justice.  Don't expect anything better."

I want to be the kind of adult who says, "Let's push for the best future we can figure out. Let's work hard, and lean in hard.  We might be able to pull this off!"

So this morning, 22 people stood, marched, sang, and worshiped in the scorching heat.  Most of us are from Delaware County, and many are brand new to EQAT, and feeling very hopeful about bringing Power Local Green Jobs to our region.  I was hot and tired, but we are a team, and I'm happy. 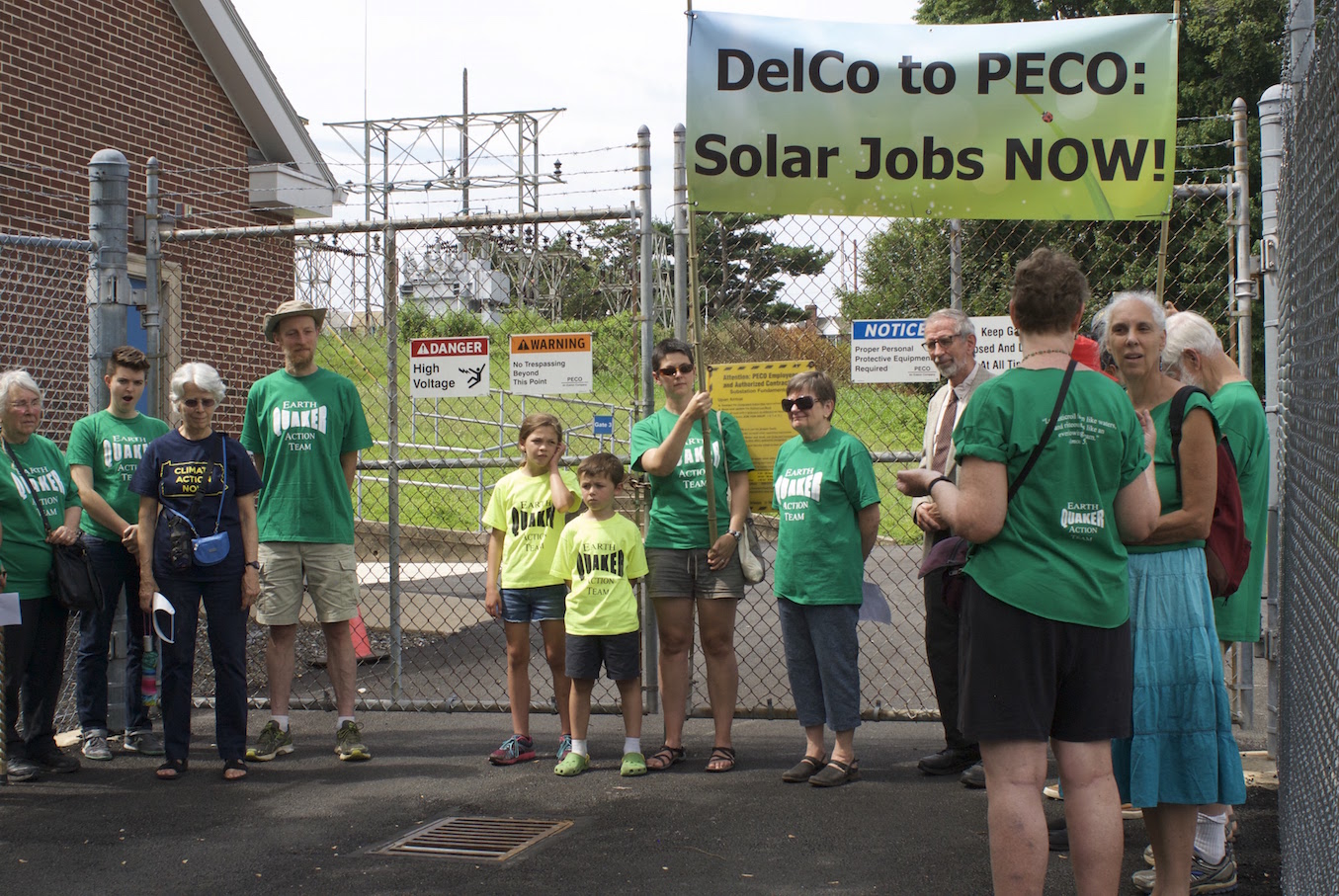