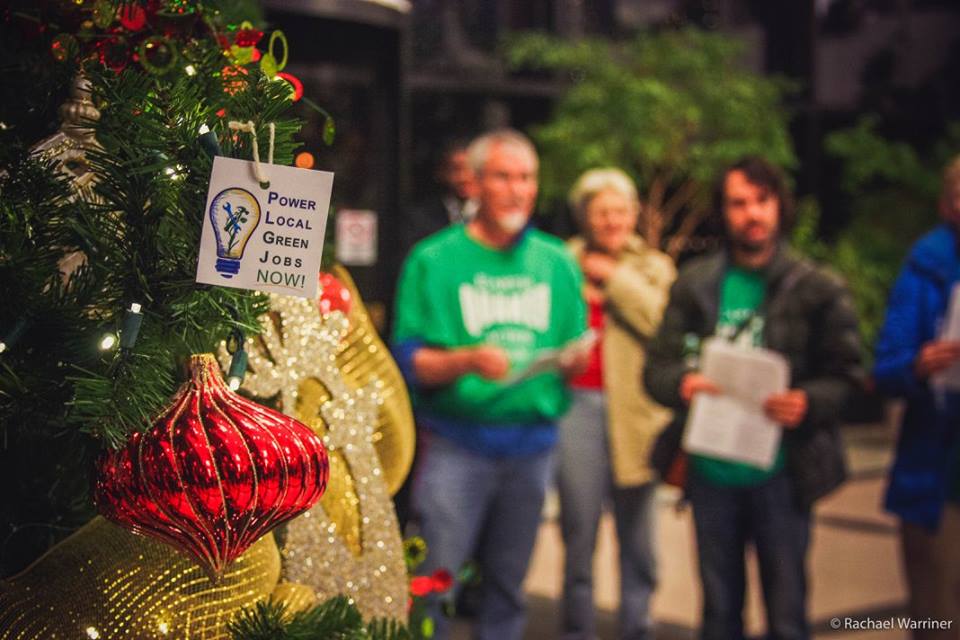 The group’s efforts are not the first. They have already forced PNC Bank to withdraw millions from the controversial practice of mountaintop removal coal mining.

EQAT’s latest demand is for PECO to source solar energy credits from local sources, specifically from North Philadelphia. Just a week ago, its members held a Quaker-style worship outside PECO’s headquarters to protest the company’s tiny commitment to solar energy.

PECO is mandated to purchase an additional 0.106% of their total energy in solar credits in 2016. EQAT’s demand is that they purchase this increment from local solar installations, rather than solar farms elsewhere. While PECO has met with the group twice, PECO has not yet disclosed where they will source their 2016 energy.

"The Paris deal confirms that renewable commitments need to grow ambitiously over the next 5 years. To do more, PECO can start by purchasing its 2016 solar increment from North Philadelphia rooftops and help build a distributed, renewable power supply in the local neighborhoods that need it most," said Walter Hjelt-Sullivan, an EQAT board member.