On Wednesday, February 9, at 12:00 pm, Earth Quaker Action Team (EQAT) and supporters protested at the oil-powered Croydon Generating Station to continue to shine light on how Vanguard's investments are hurting people and the planet. Against the beige background of the station’s industrial buildings, individuals in the crowd of 20 protesters held signs reading “Vanguard’s investments are sinking our future” next to the Vanguard’s ship logo sinking into a black ocean.

Speakers criticized the asset manager, who they say is driving climate change through its investments, including greenhouse gas-emitting sites like the Croydon station. The company is the largest investor in Constellation Energy Corporation, once Exelon Generation, which owns the Croydon Generating Station, along with several other generating stations along the Delaware River.

As a part of the “Points of Destruction” Tour, EQAT had already visited other Vanguard investment sites including the Covanta trash incinerator in Plymouth and the Southwark Generating Station in Philadelphia prior to Wednesday’s action. Sites like these use unsustainable fossil fuels and are contributing significantly to pollution in the region and beyond.

“We’re here because Vanguard’s investments, including the Croydon Generating Station, are harming people locally, while contributing to climate change both in our region and around the world,” explained EQAT member Hans Peters, who lives in Bucks County.

Croydon is the third stop on EQAT’s “Points of Destruction” Tour, which visits multiple harmful sites in the region where the firm invests. The string of protests is part of the larger “Vanguard’s Very Big Problem” campaign waged by EQAT and The Sunrise Project, another climate advocacy group, along with several other environmental justice groups. The campaign demands that the Malvern-based asset manager, which manages $8 trillion in assets globally, use its power to insist that companies like Constellation transition away from pollution, and ultimately invest in an energy future that does not endanger our communities or our climate.

“As a retiree, I’m upset to know that my investments are causing climate change and pollution, especially in my own community,” said Alice Maxfield, a Bucks County resident who has invested with Vanguard for 40 years. “Vanguard needs to do better on behalf of its investors and for our communities.” 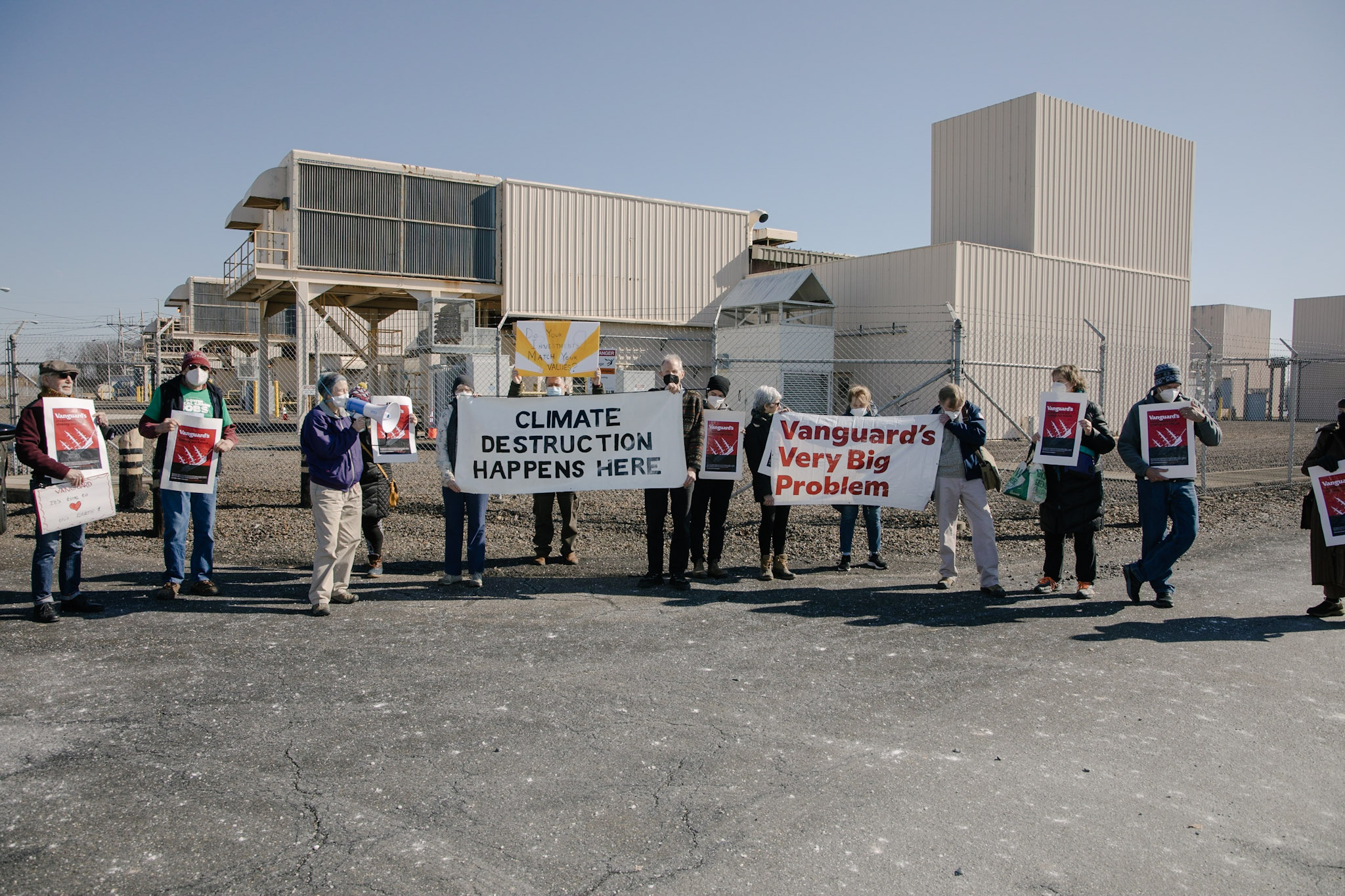