For 3.5 years we’ve been targeting PECO to get them to increase to 20% solar by 2025, creating thousands of jobs that prioritize employing those from low-income communities and communities of color historically cut out from development in Philadelphia.

And for 3.5 years, PECO has given us the runaround, offered small-change gestures, and done very little to show that they are ready to commit meaningfully to green jobs and justice.  We’ve certainly pushed them-- forcing their hand in calling some of the first stakeholder solar collaboratives, and donating to some jobs training programs, but it’s not nearly enough to address the urgency of climate change and poverty and injustice in the Philadelphia region.  Because while PECO has been dragging their feet, they’ve continued sending a million dollars a day of profits back to their Chicago-based parent company, Exelon. 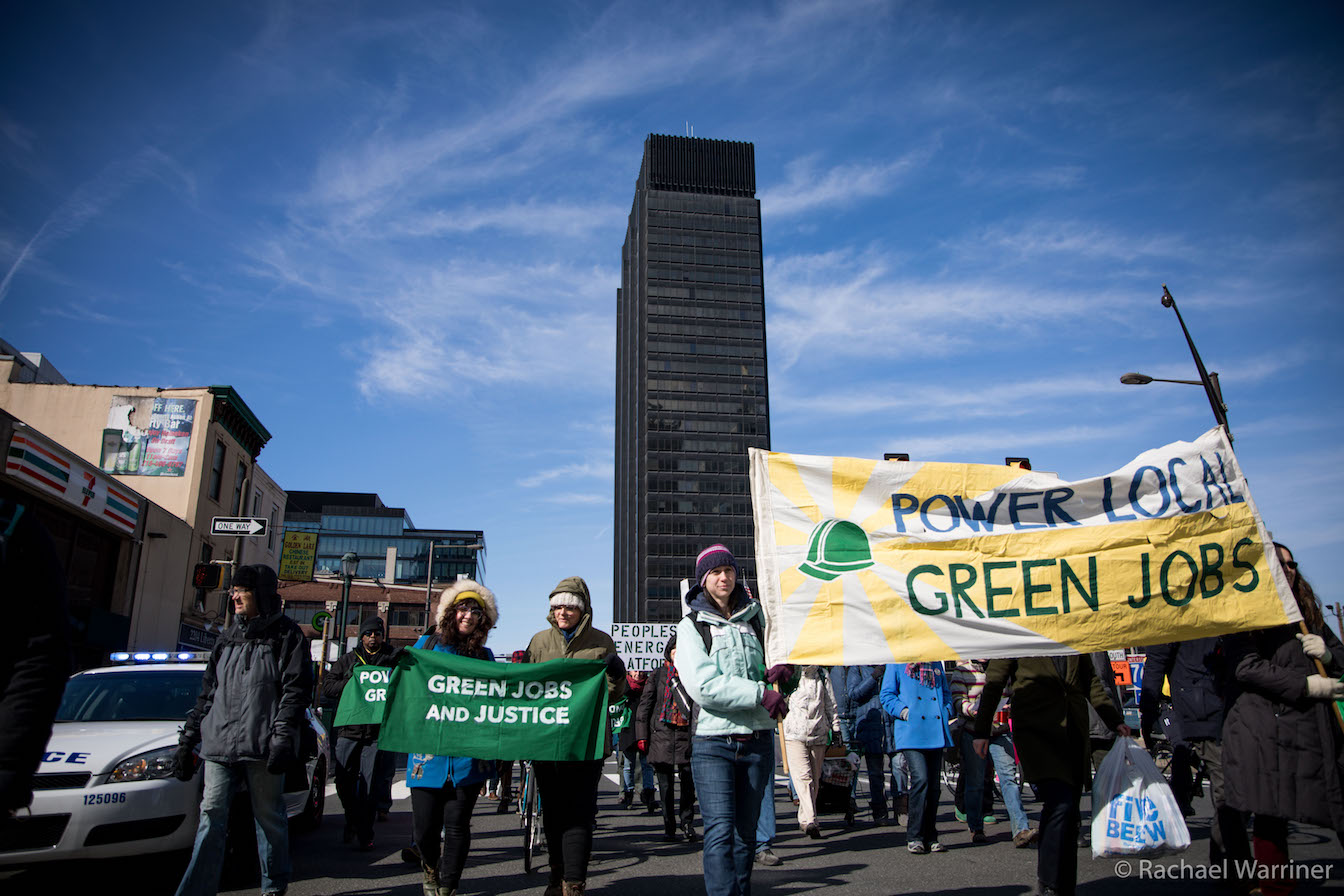 This past Tuesday, February 19th, we launched the next phase of our Power Local Green Jobs campaign, to demand PECO be accountable to the people of our region, or to get out of the way.  Dozens gathered at PECO’s headquarters at 23rd and Market to pray and to leave our messages of their failures. We were greeted with the now-familiar sight of dozens of police and civil affairs officers, operating to protect the corporate interests of PECO, and the unfamiliar site of new placards in PECO’s plaza--erected since our last action and stating that demonstrations in that space would now be considered trespassing.  How scary the truth has become to PECO! 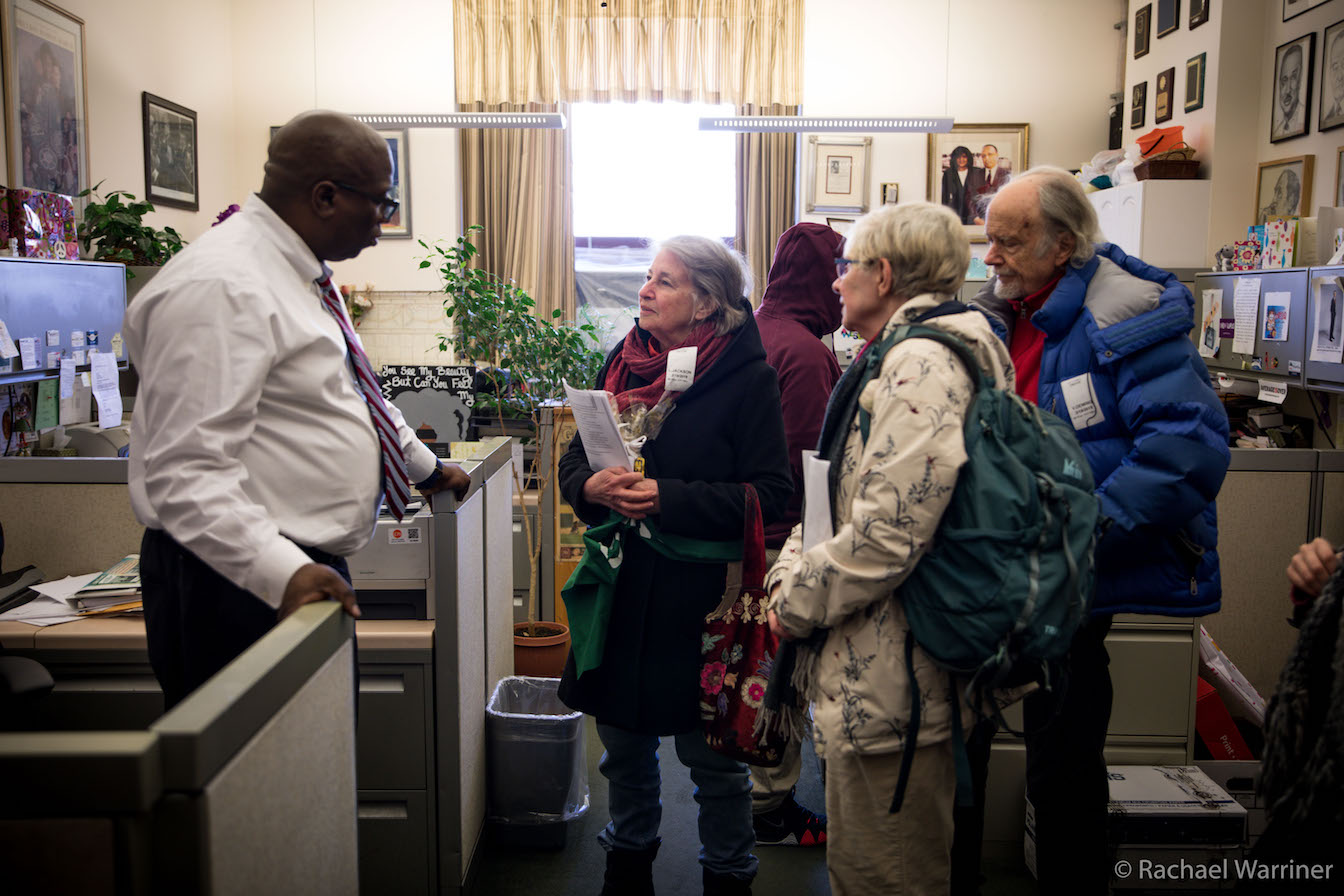 After praying, we took to Market street, singing and chanting and taking our message, our work of the last 3.5 years, on towards Philadelphia City Hall and the politicians who have given PECO a pass.  No Green New Deal is possible nationally, and no renewable energy plan is possible locally without PECO, Exelon, and the corporations profiting off of business as usual being held accountable as part of the plan.  We rallied in the city hall rotunda before sending 4 small teams into city hall to share our message with every sitting council member’s office. The teams delivered packages of what we get with this PECO-- sickness, dirty energy-- and what we need: a vision for green jobs and justice that makes PECO answer to us!

For more information about our next strategy arc, contact us!