PECO has delayed and pushed back on solar for years, despite all the economic benefits clean energy offers. Here are just a few recent examples. 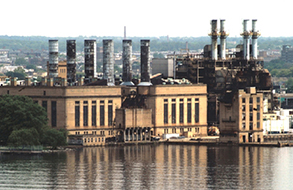 In 2011, the PA state legislature made an effort to pass HB 1580, legislation that would increase utility requirements for purchasing solar credits and require this solar energy to be local, to incentivize job creation in the state (Pennsylvania is one of only 2 remaining states that allow utilities to purchase these credits out of state.) PECO actively opposed this legislation -- which is hardly surprising considering PECO’s parent company, Exelon, has a long and storied history of fighting clean energy.

Ignoring the massive health costs of fossil fuels-- which primarily land on low-income communities-- in 2013, PECO CEO Craig Adams made clear where he stood on solar: "We have been politically contrarian in that we believe the subsidies that go to things like wind and solar be discontinued to allow the energy sources to compete on their own merits. Governments need to quit picking the winners."

Fast forward to 2015. PECO wanted to expand to providing natural gas heat in the region -- but the startup costs are huge -- as much as $1 million per mile of pipe laid. When it pitched the proposal to the PUC, it made clear that the hookup costs should be considered spread over 20 years, so that the up-front costs didn’t doom the project from the start. But for solar? PECO has all but said “it costs too much to get started. Our hands are tied.”

Tired of PECO's runaround on local solar? Come to the PECO Runaround and Walkathon on October 1.