PECO, Take Action for Our Grandchildren

We are all future ancestors. Whether or not we have children, what we do now will have profound effects on so many people for generations to come. That’s why we were honored to be joined by the 2021 Walk for Our Grandchildren and Mother Earth, a weeklong march of grandparents from Scranton, PA to Wilmington, DE who stopped at dirty energy sites and fossil fuel funders throughout the march route to support local groups fighting for a livable world, now and for future generations.

Together, we were a strong group -- over 50 people! We marched up to the door of PECO’s headquarters, where we formed a large circle, explained why we were there, and took some time to worship and speak out of silence.

We laid out hundreds of beautiful white daisies on the ground in front of PECO’s entrance, both as a memorial to all we have already lost from climate change and as an invitation to PECO to finally take the action for a just and sustainable energy economy that we need. We also wrote messages to PECO, suggestions of what steps it can take to become a better future ancestor, and left them for PECO. Then, having once again arrived at PECO’s doorstep and called on it to do the right thing, we closed with some of our favorite songs and marched away, signing.

Over the course of the action, we were excited, grounded, joyous, introspective, and solemn. What stayed constant through it all was our conviction that all of us -- and especially PECO -- must be doing all that we can today to leave a thriving and just world for those who come after us. 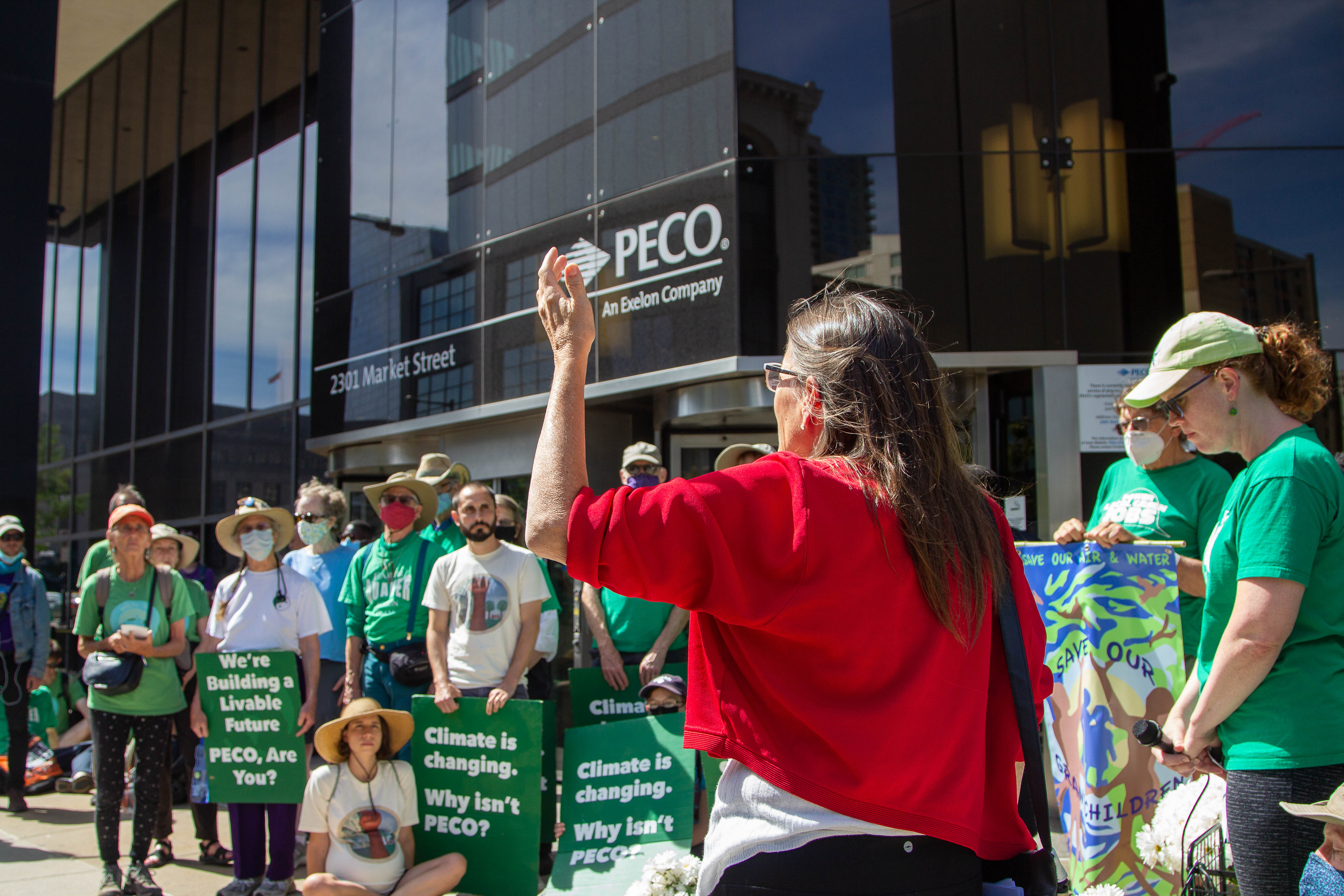