PECO Still Has No Plan

Cold, dark, hungry. Not my usual experience going into an EQAT action! Last week volunteers and supporters of the Power Local Green Jobs Campaign participated in a week of action. We fasted, prayed and held short vigils at PECO headquarters to express our disappointment with PECO’s DSP - PECO's  plan to not plan for climate change or justice.  Each day, small groups of us, socially distancing and wearing masks, appeared at PECO headquarters at a different time with signs to highlight PECO’s failure to make a climate plan. PECO reacted differently each day, but they were clearly not happy to be reminded that we have not gone away.

Throughout the week, we also used our voice to shine a spotlight on PECO's inaction. We wrote an Op-Ed underscoring PECO’s active choice to continue its destructive, unjust approach to buying energy. People who were fasting posted statements on social media about why they were fasting. We expressed our disappointment. We expressed our commitment to a vision that it’s possible - indeed imperative - to create an energy economy that is both just and sustainable. We took time to spiritually ground ourselves in preparation for the next phase of this work.

The week culminated in the morning on Friday, where dozens of us marched and caravaned from the Public Utility Commission’s building to PECO's headquarters - highlighting not just the failure to act on PECO's part, but the PUC's refusal to hold PECO accountable to the needs of the public.

A small team of us decided to hold our fast and vigil hours before the march on PECO's plaza, knowing we'd eventually be joined by our friends to end our collective fast. We arrived at PECO with our signs and banners in the cold and dark of 3:00am. We surprised PECO’s security guards, but we held our ground and we were still there as the first daytime employees began straggling in. PECO’s problem with climate justice does not go away at night, nor in the snow and ice, not even in a pandemic.

After seven hours in the cold, we heard the horns of the car caravan coming from the PUC to PECO, bringing renewed energy right on schedule, with chants, songs, and several speakers, who spoke to PECO and the assembled group about the urgency of climate justice and about PECO’s appalling refusal to figure out a plan.

Over a month ago, after I agreed to be on the planning team for this action, I had a dream in which we were fasting on the PECO plaza. I had never done a spiritual fast. Little did I imagine that night that five weeks later, I would be showing up with other EQATers in sub-freezing temperatures in the middle of the night for a seven hour fasting vigil to show PECO our resolve.

From vision to planning to action. It began simply with saying, “Yes” and making a commitment to work together. We are committed to this work. It’s time for PECO to commit, too. 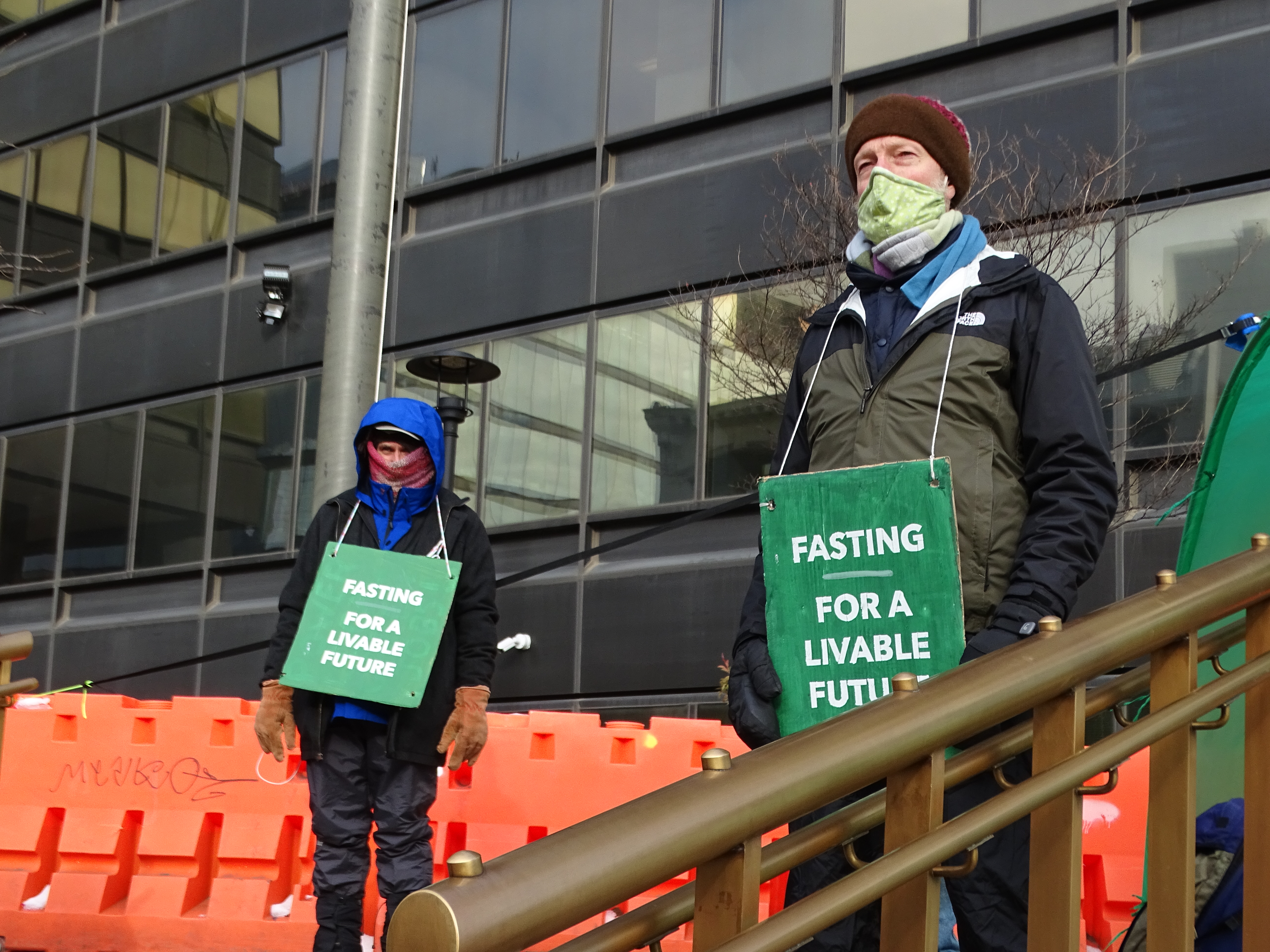