Nevertheless, I was very aware of EQAT, as I worked for a Quaker organization and supported friends in their involvement. So I was thrilled to hear that EQAT was able to declare victory in 2015 when PNC bank changed its investment policies to exclude Mountain Top Removal practices. I admit too that there was a feeling of missing out - I had passed up the opportunity to be part of making a big change that matters to me! I didn't want to let that happen again. So I worked up my nerve and started showing up to meetings. I really had to drag myself to the first one, but after that it was easy - everyone was so welcoming, and the meetings had no element of intimidation or social-activist superiority that I had imagined they might. Showing up to my first action took another round of self-talk and summoning courage, with a similar relief upon actual participation. I found myself having fun at actions, singing, dancing, and connecting with people towards a shared goal.

I participated in two actions that stand out in my memory. The first was early in the Power Local Green Jobs campaign, when a group of us went through a training and then did some street speaking about solar power to gauge interest and uptake from passersby. Getting on top of the milk box to speak contemporaneously on a street corner sounded really scary, and I had to work pretty hard to get myself there and to participate, but once my 30 seconds (or so) were complete, it felt like a major accomplishment. I appreciate that EQAT gives me the opportunity to work through fears - with support! - that stand in the way of me using my full power and voice for change.

The second was when we gathered in front of PECO's offices and danced the electric slide between rounds of speakers, singing and chanting. I love to dance, and it was such a fun way to get the word out about our campaign. It was also neat to engage with curious passersby, who were more interested in a big group of people doing a well known line dance than folks often are in a more traditional protest.

I'm really proud of EQAT for taking on a utility! I think that it's these elements of our society - the seemingly neutral cogs - that our express our society's values (and lack thereof) most consistently. It's exciting to experiment with making change in this area! I'm also very moved by the goal - solar power has always been a no-brainer to me since first learning about it in elementary school. The prospect of building a solar power system that is sourced locally in a neighborhood in need of investment is also an exciting model for a future that, to me, seems to need increasingly local sourcing and expertise in the face of climate change and increasing natural disasters. It's great to be supporting a group that is engaged in forward thinking work that puts people and community first in the fight for environmental justice.

I support EQAT as a monthly donor because I want a lot of change in this world! EQAT's non-violent direct action is proven to bring about change,  and I know that consistent giving helps sustain all the work that happens behind the scenes. Although the set-up of my life at present (with regular commitments on the night that meetings take place and a 9-5 work schedule outside of the city) is not conducive to regular participation, I look forward to a time when I can return to plug in and keep building my resistance muscles.

Join Hannah as a Campaign Sustainer. 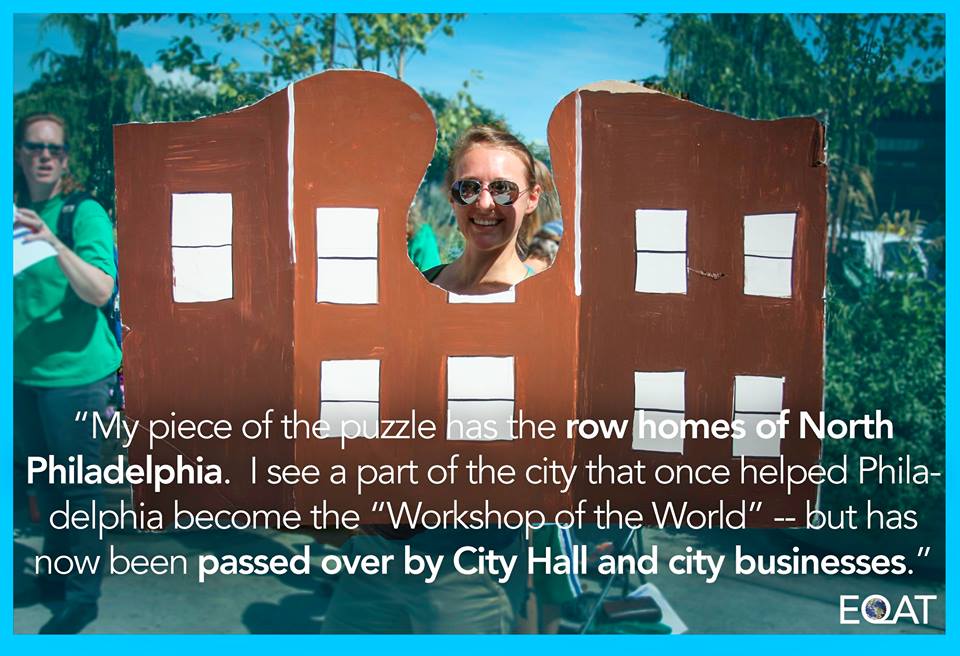