In addition to opportunities to participate in planning and action, or take on leadership like being on a core team or marshalling, like Elizabeth has, there are also outlets for creative expression. There are chances to be part of art builds and song writing and banner painting - which is an opportunity for creativity in the campaign that she enjoys.

Elizabeth doesn't remember exactly when she was first introduced to Earth Quaker Action Team. That makes sense, since EQAT has been campaigning for environmental justice for nearly ten years. She remembers starting being aware of actions during the Bank Like Appalachia Matters campaign and keeping up with it via e-newsletters and campaign email conversations. From there, Elizabeth found room to apply, grow, and learn about her skills. From helping with jail support to her first invitation to join a core team planning an action to participating in EQAT campaign trainings that build on and develop skills that are relevant in the broad world of organizing for social justice, she has found diverse opportunities to plug in according to her availability and ability.

And that's what makes the organizing of EQAT's campaigns sustainable and successful. She points out that there are opportunities for volunteers to step in or be invited to take on responsibility in ways and times that are appropriate for them. It's powerful, she points out, to be an organization that takes action with short term opportunities to be able to lead and be involved while also focusing on the life of a campaign which is made up of more than just single actions.

One way that Elizabeth joins in the sustained work of the campaign is by being a monthly donor. It's a way to maintain support EQAT in a continual way with fluctuating availability, a way to let the organization know of her ongoing support. She wants to be reliable. At the same time, she points out how having a recurring gift is beneficial as a donor, too. Giving feels good and having her year's donations spread out make it easier to budget.

Elizabeth is passionate about the Power Local Green Jobs campaign, and knows that she can support according to her ability - her availability to join general meetings and actions, to take on roles of responsibility when possible, and to give regularly as a monthly donor.

Join Elizabeth as a Campaign Sustainer. 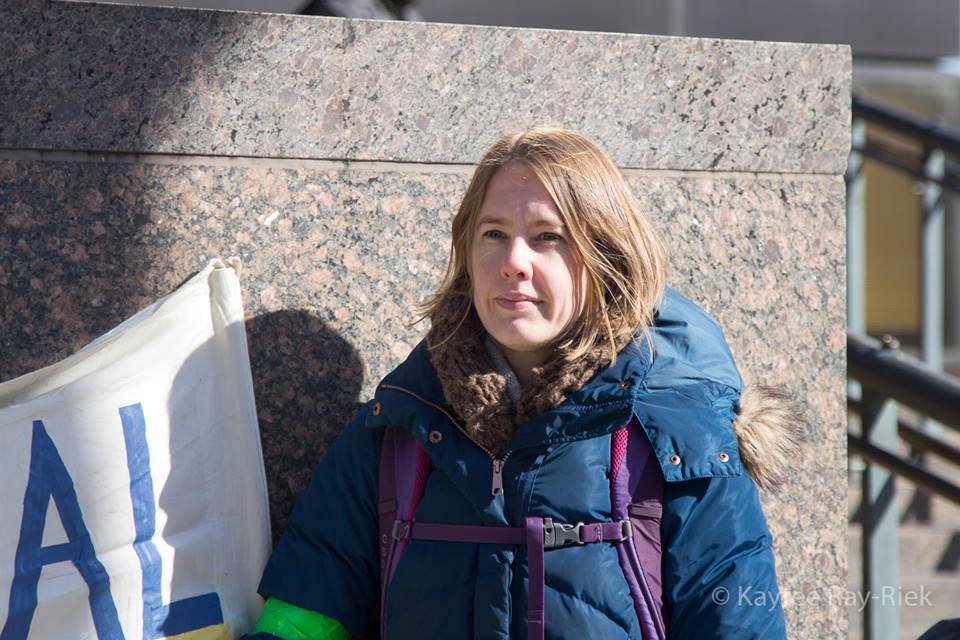