Marshaling at the March for a Clean Energy Revolution

When I went on speaking tours about human rights work in Kurdistan and Palestine, I was sometimes struck by white churches that intuitively understood the links between US foreign policy and white supremacy at home. Overwhelmed by gratitude at experiencing a well-informed white community, I would say to myself, "Wow, someone put in work to make this church as radical as it is." 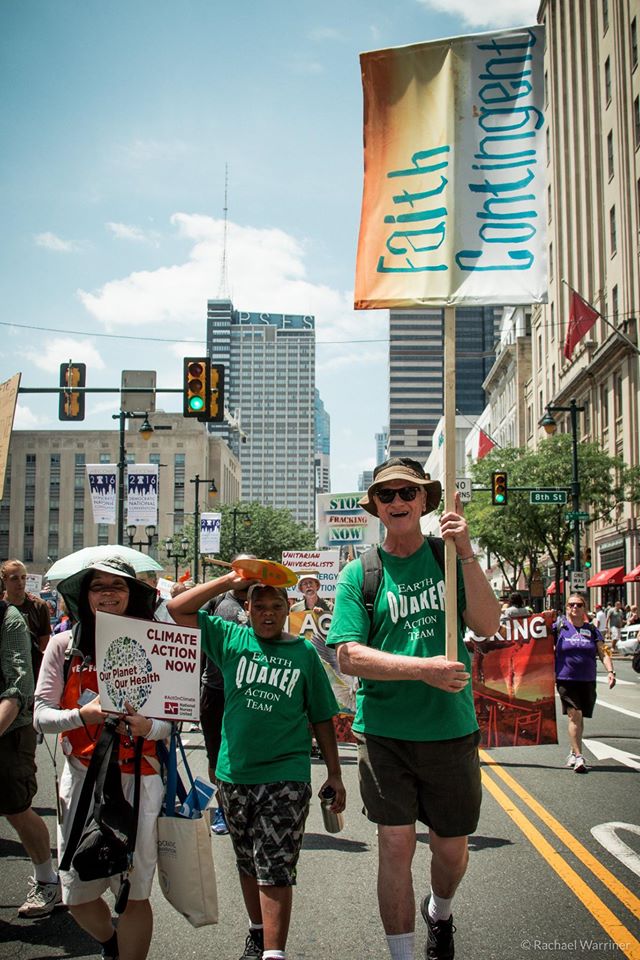 Over time, I came to understand that not only do people put work into institutions to transform them, but individuals work on themselves, they transform themselves into justice-oriented human beings.

All of this to say how grateful I am for my the 48 marshals who held down a march of around 8,000 people today. So many amazing people made this possible, but I am overwhelmed by the skills brought by members of EQAT (Earth Quaker Action Team).

EQAT as an organization has worked on itself, it has built a community of humans who step into difficult situations and handle them with skill and grace. It is also full of individuals who have trained themselves to have the skills to fearlessly manage and support a seemingly overwhelming crowd.

This happened in part because EQAT believes in skill-building. It also succeeded because every member of the organization put in serious time and energy to build their own skills so that when I said, "Lina, I need you to manage all of the bus loading," she did so with patience, grace, and confidence. I can't begin to name every situation where an EQATer stepped up to make this march possible.

I have lots of feelings about tactics and use of resources that went into this, but right now I'm just celebrating how much work people put in to build the skills and analysis that actually define the growing edges of the Climate Justice movement.