On Saturday, January 8, over forty people of all ages gathered outside the gate of Covanta’s Conshohocken incinerator to highlight the role of big money in perpetuating pollution and dangerous greenhouse gases, like those emitted by the facility.

According to Earth Quaker Action Team (EQAT), which initiated the protest, Vanguard is driving climate change through its investments, which include many greenhouse gas emitters like the Covanta incinerator. Neighbors emphasized the noise and immediate health effects, with local children holding signs that said, “Covanta stinks! Literally!” and “My little lungs deserve better!”” “This is the epitome of big business vs. the people,” said local resident Jessica Ram.

“We’re here because Vanguard’s investments, including Covanta, are harming people locally, while contributing to climate change both in our region and around the world,” explained EQAT member Louise Willis, who can see and smell the incinerator from her King of Prussia home.

Covanta was the second stop on EQAT’s “Points of Destruction” Tour, which visits multiple harmful sites in the region where the firm invests. The string of protests is part of the larger “Vanguard’s Very Big Problem” campaign waged by EQAT and Sunrise Project, another climate advocacy group. The campaign demands that the Malvern-based asset manager, which manages $8 trillion in assets globally, use its power to insist that companies like Covanta transition away from pollution, and ultimately invest in an energy future that does not endanger our communities or our climate.

“As an investor who cares about both my retirement and a future for my children’s children, this is an issue that is personal for me,” says Norristown resident Marc Brier.

One of the speakers at the event was Mike Ewall, executive director of the Energy Justice Network,who has been fighting this and other incinerators in our region for three decades. “These incinerators contribute to Philadelphia's status as the #1 large city for getting cancer and our metro area as one of the top 10 asthma capitals in the nation,” Ewall stressed. “The Covanta Plymouth incinerator has been malfunctioning routinely for three years now…we should conserve our state's plentiful landfill space with waste reduction, reuse, recycling and composting measures instead of turning trash into ash and air pollution.” Kearni Warren spoke about living near the Covanta plant in Chester, PA and the high cancer rates in her family.

The “Vanguard’s Very Big Problem” campaign is touring local destructive sites, highlighting the investment manager’s connection to local pollution throughout southeastern Pennsylvania. They visited the Southwark Generating Station in December, and their next action will be at the Croydon Generating Station in Bucks County. More information on EQAT’s campaign can be found here. 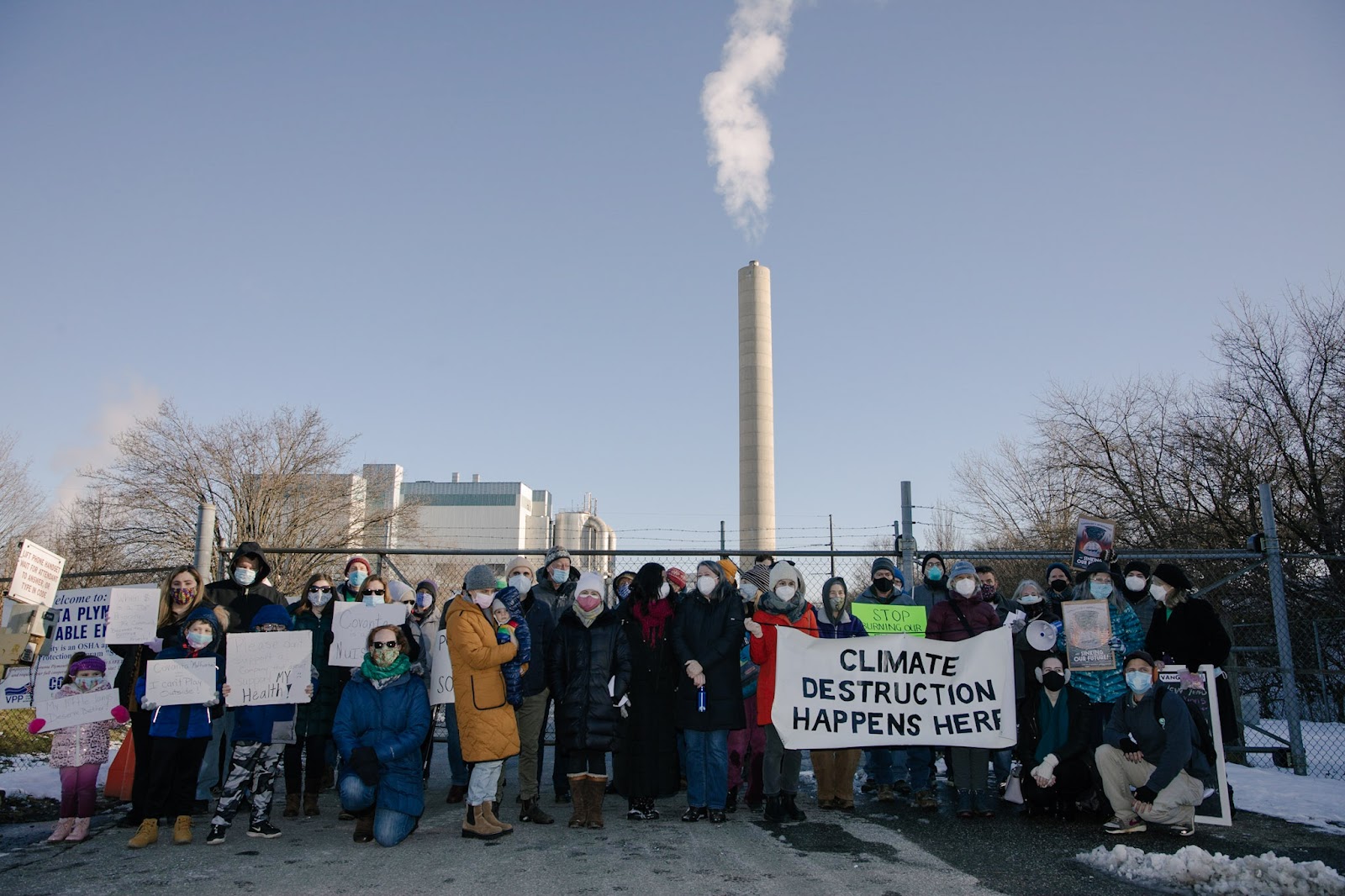 Earth Quaker Action Team (EQAT), is a climate action organization that is using nonviolent direct action to pressure Vanguard, one of the world’s largest investment firms, to pull its investments in fossil fuels and invest in a livable future. Learn more at www.eqat.org.