PHILADELPHIA - On Wednesday morning, 50 interfaith activists declared PECO Headquarters a “crime scene,” citing PECO’s contributions to the dirty air stealing health, security, and economic opportunity from Philadelphians. The majority of the electricity distributed by PECO comes from burning fossil fuels, and is a major contributor to the region’s high rates of asthma, smog days, and increasingly hotter and wetter weather. 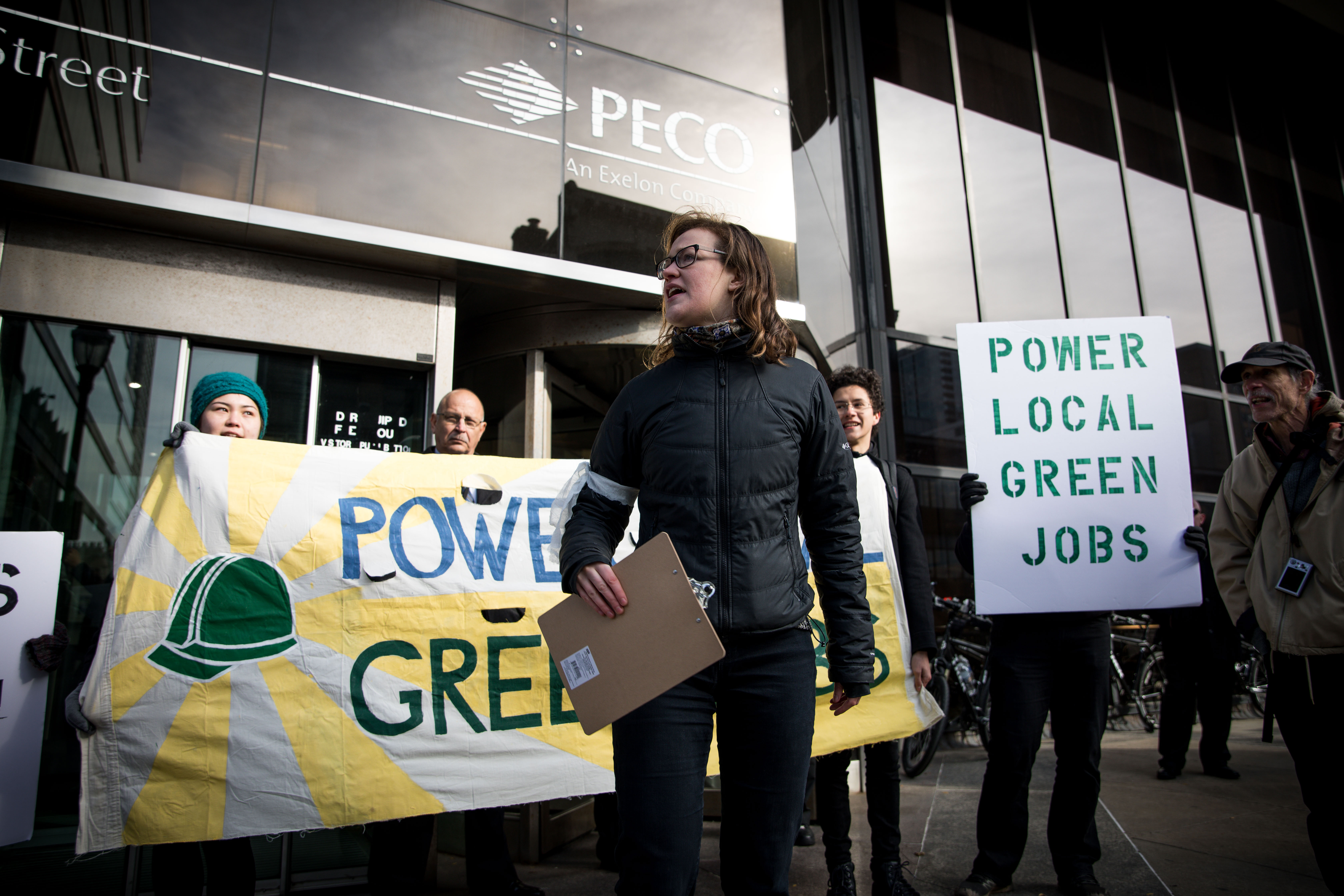 “Refusing to invest in local renewable infrastructure is costing lives and causing economic devastation. We feel compelled to investigate why the urban communities PECO profits from receive so little investment,” said Dana Robinson, a volunteer with the Power Local Green Jobs campaign.

A mix of young adults and seasoned faith leaders stretched out yellow crime scene tape around the PECO plaza. Others knocked on the company’s doors and demanded answers regarding PECO’s plans to reach the high clean energy levels which are essential to avoid the worst catastrophes of climate change. They said solar power could help lower bills and bring jobs to a city experiencing rising poverty.

“This is about jobs and equity,” said Terri Burgin of POWER. “We’re talking about clean energy owned and built by the communities bearing the brunt of pollution and high unemployment. PECO has the resources and needs to come to the table to make that happen.”

PECO has no clean energy targets beyond the state minimum. For about three years, the Power Local Green Jobs campaign has called for PECO to commit to at least 20% local solar by 2025, prioritizing local jobs. Initially, the company responded by saying it would pilot minor new solar programs, but has not moved forward.

While solar is growing rapidly among homeowners who can afford to install it, there are fewer opportunities for solar for low income residents.

“My heart breaks when I see a new industry emerging and again leaving behind Black and Brown communities. The opportunity is here for thousands of jobs, for improving health and equality. This is the time for PECO to commit to a better city for all of us,” said Burgin.