PHILADELPHIA -- Foot-washing before Easter might be familiar in a church, but makes an unusual sight at an energy company like PECO, where 18 interfaith congregants were arrested today. The ritual benediction led to a peaceful occupation of the entryways at PECO headquarters. The Power Local Green Jobs campaign vowed to block PECO’s dirty energy business until it begins building a clean energy grid in low-income areas. 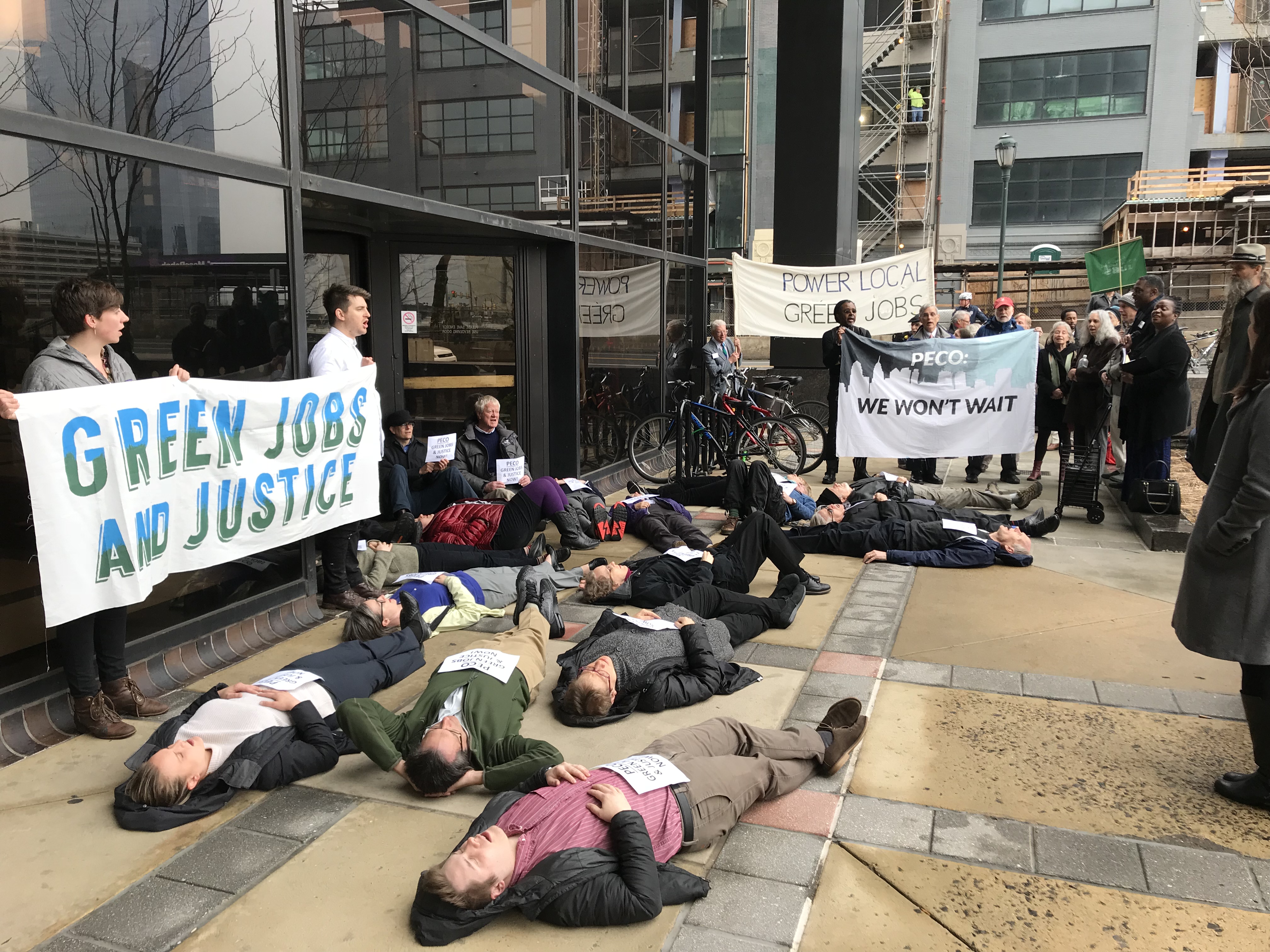 Several churches and community centers in North Philadelphia have turned to solar as a solution for energy bills and to create local jobs, but some have difficulty raising the initial investment cost.

“Churches can no longer sustain themselves,” said Rev. Vernon Thompson of Morris Chapel. “But if the community owns its own solar, it means that energy money is invested back into the community.”

Three times this week, PECO saw demonstrations at its Philadelphia headquarters. On Tuesday’s Day of Mourning, seven clergy and leaders were arrested for preaching in PECO’s customer bill-pay office, and yesterday a youth contingent delivered their vision to incoming PECO CEO Mike Innocenzo, saying their future depends on clean energy and local jobs.

The Power Local Green Jobs campaign is demanding that investor-owned PECO look at how clean energy jobs can break the cycle of poverty and pollution afflicting Philadelphia, which is the poorest large city in the country. They want PECO to source at least 20% of its electricity from local solar by 2025. City-wide solar could bring thousands of jobs to the region, and billions of dollars in net benefits according to the US Green Building Council.

“We’ll know that PECO is serious when it announces it will build a grid that gets 10%, 20%, 30% or more of its energy locally and renewably. This company could jumpstart a process that creates thousands of green jobs,” said Lee Smithey, a member of Germantown Mennonite Church.