Fighting back against higher rates

PECO has a problem. In March, severe storms fueled by the warming arctic caused as many outages as Hurricane Sandy. And chronic smog is getting worse in every county in our metro region and South Jersey. The culprit? Climate change and dirty power, with emissions from fossil fuels trapped in ever hotter air.

Yet instead of cleaning up its electricity and using solar to bring new jobs and lower bills to impoverished neighborhoods, PECO is maneuvering for a rate increase. The utility is targeting low-income and low-usage customers for even more money while selling the same dirty power and building the same 20th century grid. We couldn't stay silent.

Power Local Green Jobs took action at each of six rate increase hearings across the region the past two weeks. Dozens of new and experienced volunteers challenged PECO to build the future we need, and their voices were picked up by local radio and news coverage. 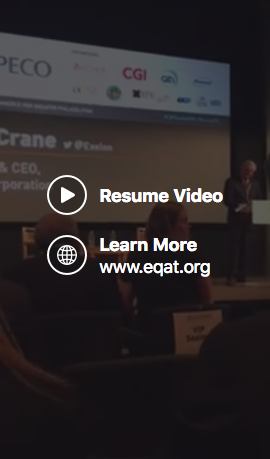 But it didn't stop there. We brought the struggle directly to Exelon, the Chicago utility giant that owns PECO. When Exelon CEO Chris Crane gave a speech at the Philadelphia Chamber of Commerce, two Power Local Green Jobs activists boldly called out the hypocrisy of the corporation and demanded real solutions for addressing poverty and climate change.