I’ve known for years that the pollution of local communities and the disruption of the climate we all share are fundamentally connected. It’s often the same industries that do both. I’ve also known that profit drives this destructive system. Still, researching the role of Vanguard’s investments in southeastern Pennsylvania, the region where I’ve lived most of my life, is making these connections even more stark. 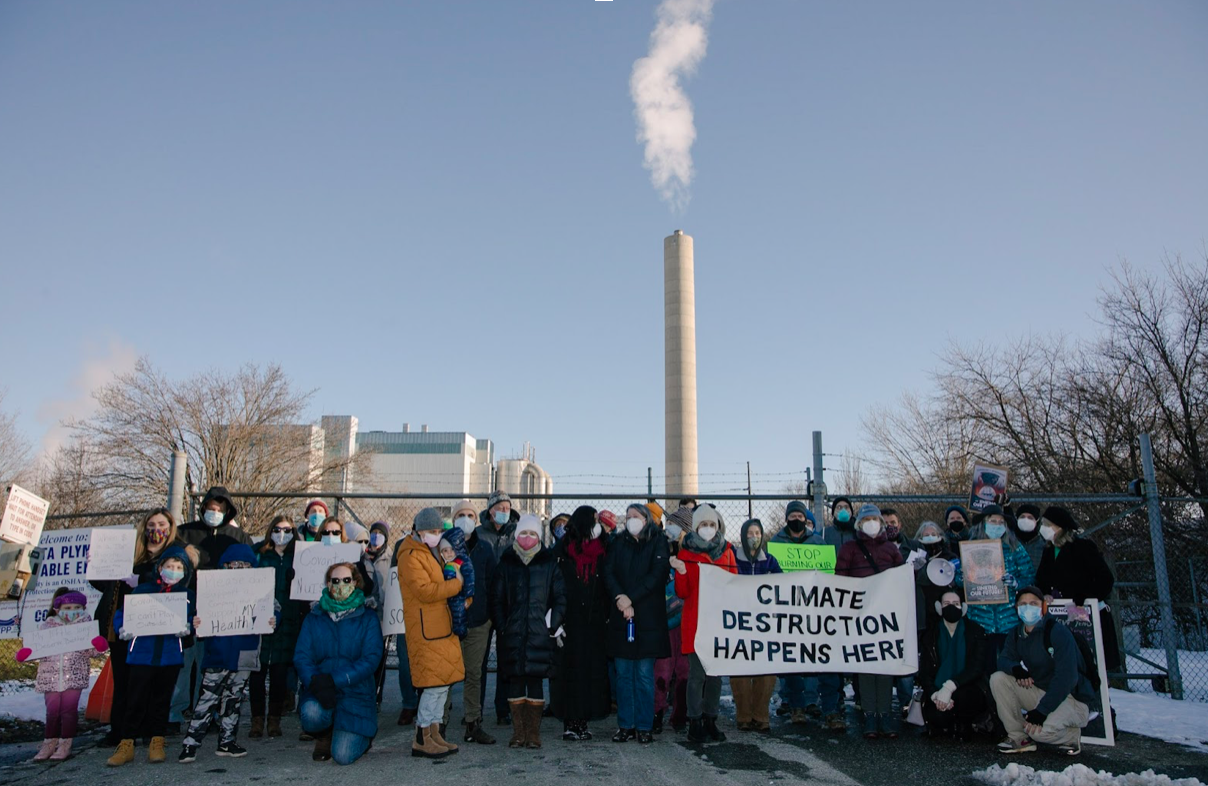 At our last action, we heard testimony from people who live near the Conshohocken Covanta trash incinerator. They talked about the noise and the smells, with local children holding signs that said, “Covanta stinks! Literally!” and “My little lungs deserve better!” They immediately understood why EQAT had come to highlight Vanguard’s investment in Covanta. “This is the epitome of big business vs. the people,” said local resident Jessica Ram.

Vanguard is starting to feel the pressure from ordinary people like us examining the impact of their investments. In January, the company released its first ever coal policy, but as our friends at the Sunrise Project explain, it's a policy that would have been groundbreaking in 2010, but is behind the times for  2022. That’s why we will continue to build grassroots pressure, until they understand that they need to make real change, not cosmetic change.

To this end, we have two action opportunities in February! Next on our “Points of Destruction Tour,” is the Croydon Generating Station in Bucks County, Wednesday, February 9, at noon. We’ll meet at the site: 955 River Rd, Bristol Township, PA 19020.

We’re hoping for an even bigger crowd for the “Vanguard, Where’s the Plan?” Action Saturday, February 19, noon to 1:30 at Vanguard’s corporate headquarters in Malvern. We’re holding this one on a Saturday, so folks can invite their friends and neighbors, bring the kids, etc. We need Vanguard to see that whether we’re from Chester or Conshohocken, whether we’re young or old, we all have a stake in the future their investments are destroying. We’ll meet at Cedar Hollow Park in Malvern, 785 Cedar Hollow Road.

Looking further ahead, plans are already forming for the Vanguard’s Big Problem Walk from the Delaware River to Vanguard headquarters, April 18-22. If you want to get involved in recruiting other groups or individuals to participate, contact [email protected] to join the networking effort. To help in other ways, reach out to [email protected]

In the meantime, please join our next Zoom general meeting on February 1, from 6:30-8:30 pm eastern. Among other things, we’ll be discussing some of the feelings that come up when we discuss investments and acknowledge that some of us have them, and some of us don’t.

Hope to see you soon!