PHILADELPHIA- A diverse gathering of faith and justice activists heard Rev. Gregory Holston of POWER speak in the PECO building Wednesday morning. The attendees were part of a teach-in about PECO’s choice to purchase its solar power locally, specifically from North Philly, or elsewhere. 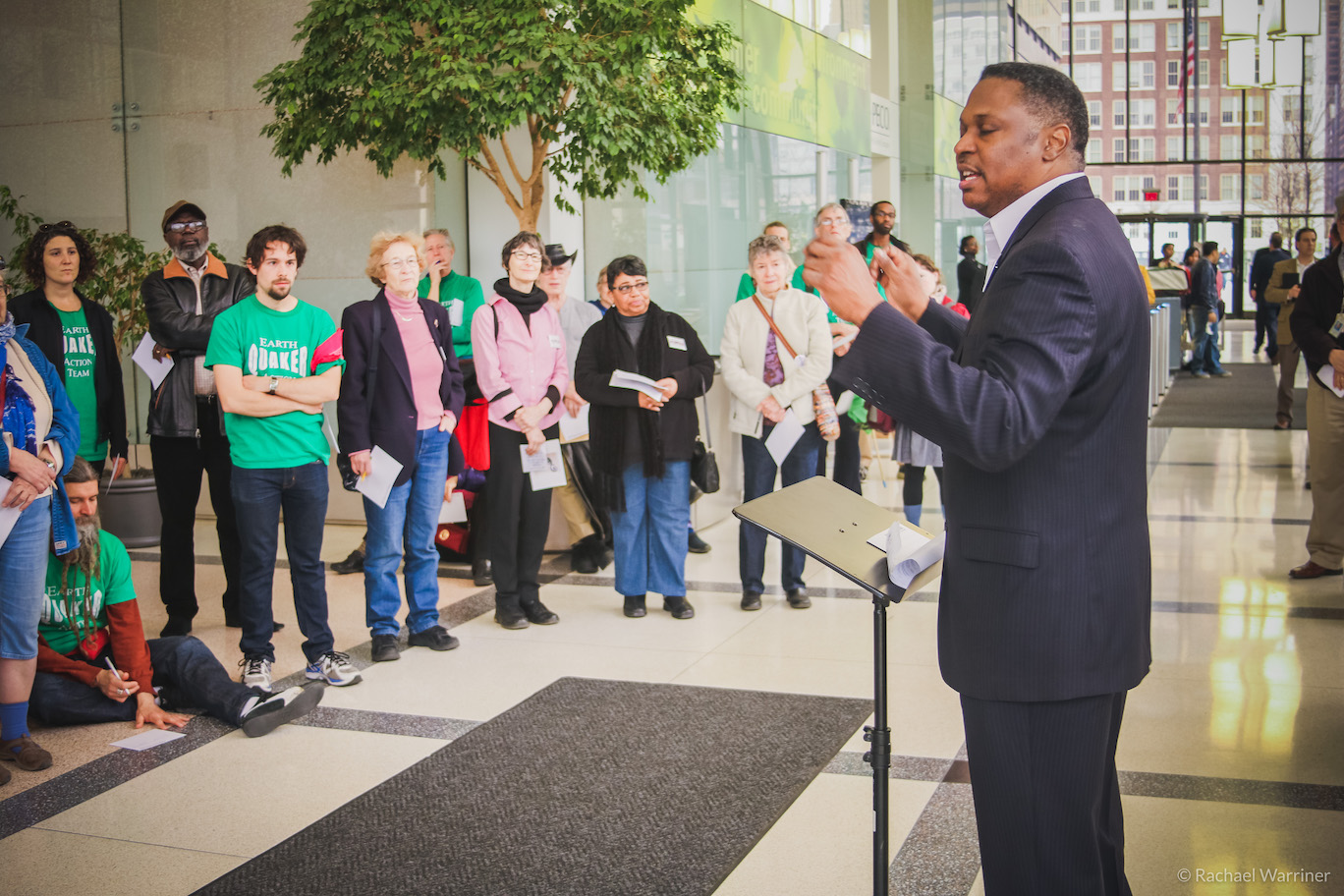 Currently PECO is required to increase its solar portfolio by a tiny 0.1% of the company’s total energy. Earth Quaker Action Team (EQAT) and Philadelphians Organized to Witness, Empower, and Rebuild (POWER) have joined forces to call for PECO to take an active role and invest in the budding local solar industry.

Rev. Holston, president of OIC of America and senior pastor of New Vision United Methodist Church in North Philadelphia, highlighted that “solar power is a tool to get food to many of the four of ten children going to bed hungry in our city. People aren’t looking for handouts, they’re looking for jobs. PECO’s moral requirement [to build solar] goes far above the legal requirements.”

The campaign has set a May 2nd deadline for PECO to announce plans to source this solar energy from North Philly. Organizers say the industry has huge potential for neighborhoods with high unemployment. Studies show that investments in renewables produce three times as many jobs as other energy investments. The activists have vowed a whistle-blowing action if the company declines.

Presenters at today’s action focused on themes of justice, and the impact of jobs and a healthy environment. Community organizer John Bowie spoke on new solar installations at community mission center Serenity House on Lehigh Ave, saying “North Philadelphia has been sold, but we can still wake up with hope. This is Easter time. We’ve been telling people to ‘just say no’ without giving them something to say ‘yes’ to. The willing workforce is here.”