Posted by Eileen Flanagan on September 26, 2022

This fall, EQAT and other members of the Vanguard S.O.S. campaign are taking action to challenge Vanguard on its stewardship hypocrisy, highlighting the ways the asset manager has failed to act on its own stated values. 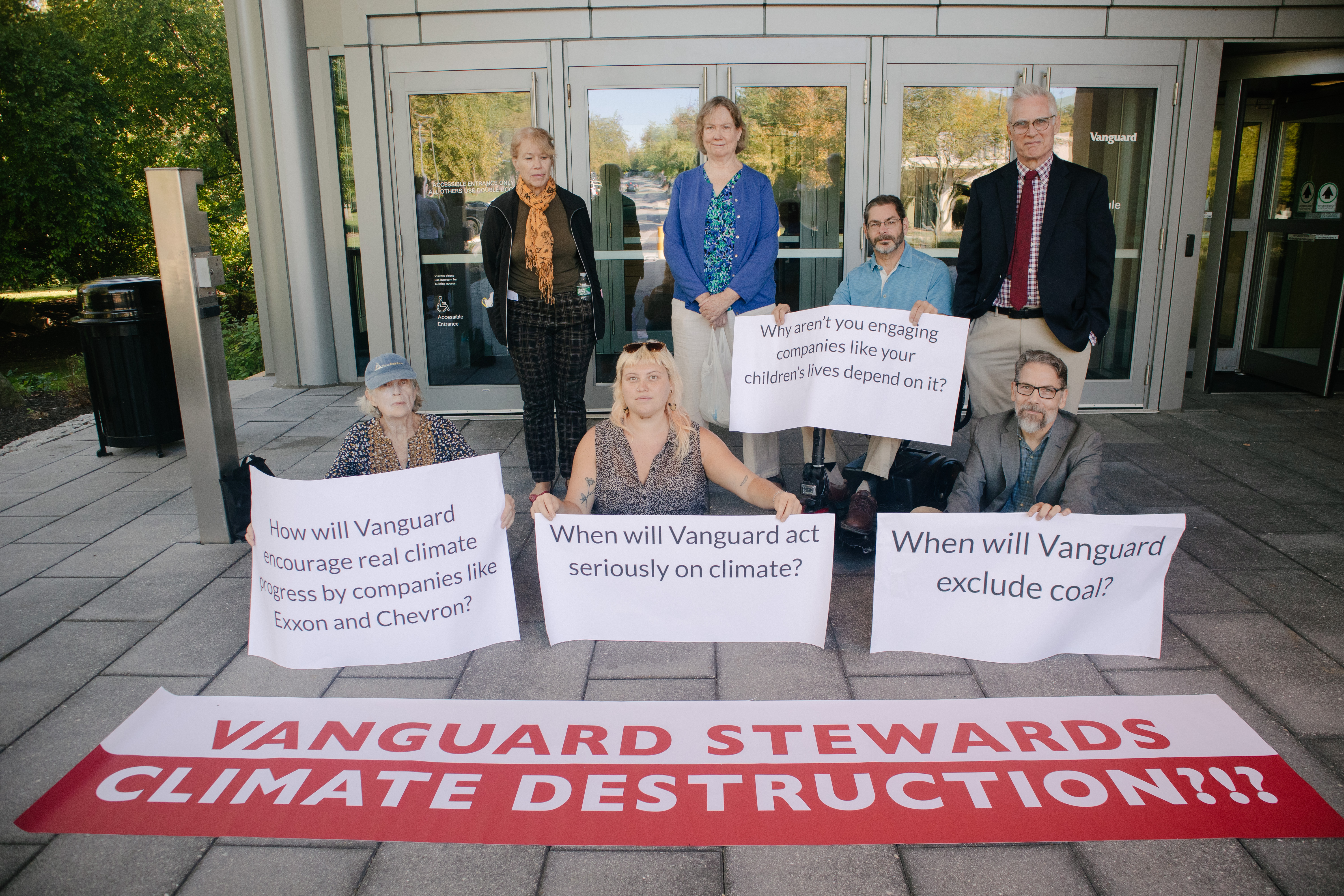 Vanguard says it considers climate change a “fundamental risk to companies and their shareholders’ long-term financial success,” and that they have a fiduciary duty to encourage the companies they invest in to mitigate climate risk. Unfortunately, Vanguard is not doing enough to push companies like Exxon and Chevron in the right direction. Because its Investment StewardshipDepartment has refused to meet with anyone from our campaign after a year and a half of requests, we went to Vanguard headquarters yesterday, and eight people refused to leave until having their concerns addressed. Vanguard chose to arrest them rather than speak to them.

All eight were released without bail, but they were told they would be charged with defiant trespass, a misdemeanor. We don’t know yet what fines or legal expenses they will face, but we always appreciate financial support for our actions. If you’d like to donate, you can do so here.

Our next action is only a few weeks away. To help Vanguard CEO Tim Buckley and all of us feel the moral weight of the climate crisis – which, let’s face it, is easy to feel separate from when the disasters are not on our doorstep – we will go to his suburban house and hold Quaker meeting for worship on Friday, October 7. Simultaneously British Quakers will be worshiping outside Vanguard’s London offices, while Quaker Earthcare Witness holds an online meeting for worship to hold the actions and this concern in Love.

As it happens, October 7 is not only part of a month of global climate action by people of faith, it is also the 250th anniversary of the death of Quaker abolitionist John Woolman. Woolman was willing to take actions that were uncomfortable, including visiting people at their homes, when that was what he felt Spirit calling him to do. If you want to read more, check out this article on what we can learn from Woolman today that’s relevant to this action.

If you'd like to be part of the October 7 action and can't make it in person, register to join the QEW Zoom on October 7 to worship and be in solidarity with us!