“PECO has had the opportunity to bring thousands of jobs to our poorest residents, but have simply refused to innovate as a company,” said Rev. Gregory Holston, executive director of Philadelphians Organized to Witness Empower and Rebuild (POWER). “Building locally-owned solar starts a positive cycle of jobs and community assets.” 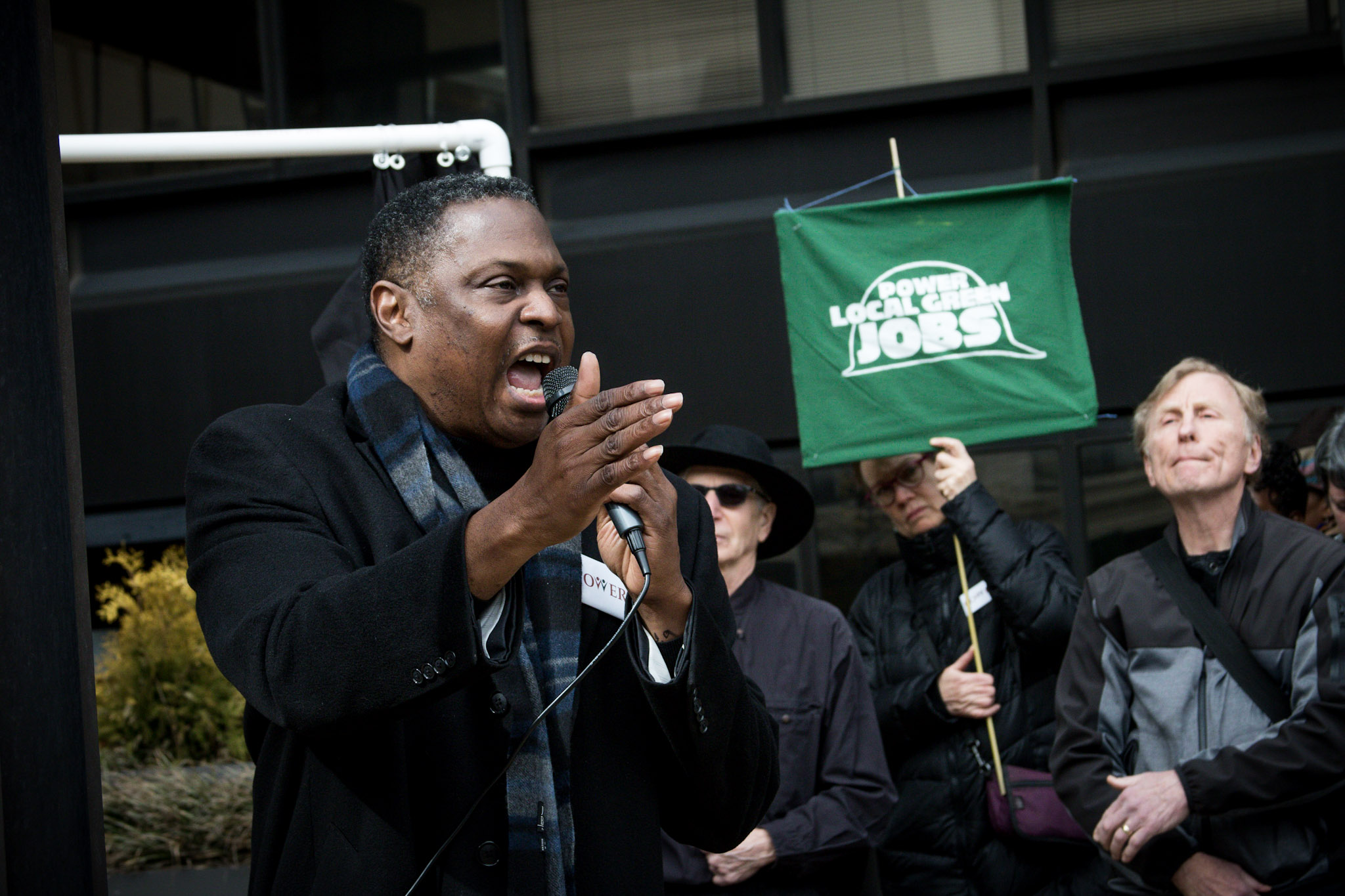 The PECO lobby became an impromptu sanctuary as Rev. Rhetta Morgan performed an improvised song with dancer Lela Aisha Jones, followed by interfaith rituals of mourning. Citing dirty air, flooding, and severe weather, several clergy delivered eulogies for suffering which is linked to the use of fossil fuels. Burning gas and oil for electricity makes up the region’s largest source of carbon pollution.

Finally, seven clergy and campaign leaders carried asthma inhalers from a North Philadelphia school and scattered them across the entry hall. They peacefully sat in front of the gates, knowingly risking arrest while demanding immediate action from PECO to commit to at least 20% local solar by 2025.  PECO responded by calling the Philadelphia police to clear the scene. This is the first of a series of actions at PECO this week.

A lengthening list of area municipalities, including Philadelphia, Phoenixville, Downingtown, West Chester and others have identified clean power as key to their future health and prosperity, but these plans would require major changes from PECO, which builds and maintains the electric grid.

For two years, the Power Local Green Jobs campaign has been pressing PECO, an investor-owned utility, to fund solar development in low income areas. Last spring, the campaigners walked 100 miles through PECO’s territory for green jobs and justice. “PECO takes over a million dollars each and every day and sends it to stockholders. What could that money do for North Philadelphia?” said Camille Turner, Climate Justice organizer with POWER.

<“In parts of the country, solar installer is the fastest growing job. That could be true for our city,” said Lina Blount of Germantown.