Campaign Partners, Near and Far

One of the many reasons that working on the Vanguard S.O.S. campaign keeps us feeling excited and empowered is that we know that we're doing this work alongside many partners, near and far.

Locally, EQAT had the privilege of collaborating with local land justice groups to offer a training on some of the roles that make a successful nonviolent direct action. While gathered under tall trees in a beautiful park in South Philadelphia, we focused on learning about four action roles: action lead, police liaison, marshal, and grounding anchor. It was a powerful training, with lots of roleplaying, discussion, and cross-group connection. 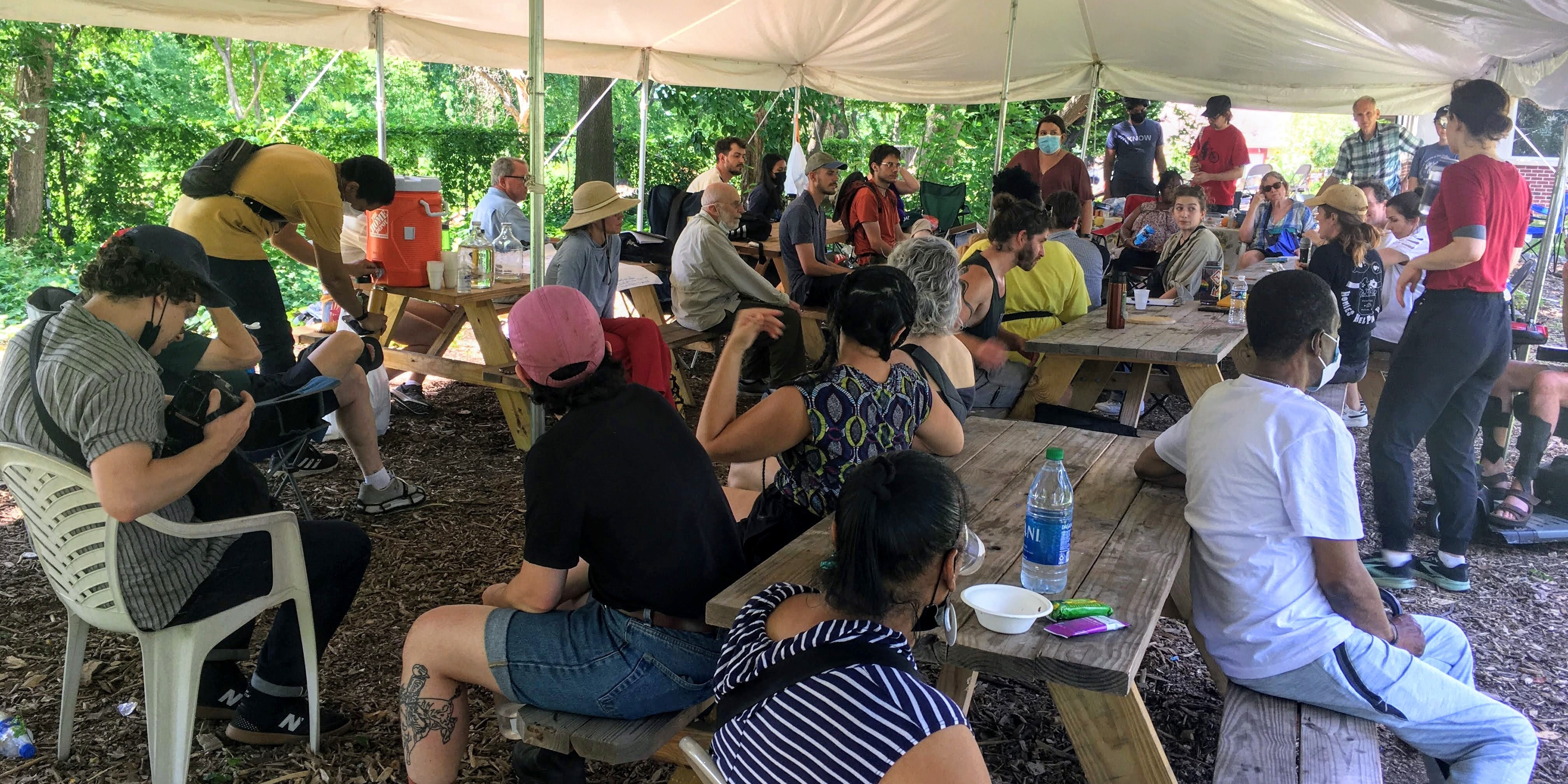 At the same time, our partners at the Yes Men were in downtown Philadelphia, inviting passersby to play Vanguard-themed carnival games and take action to pressure Vanguard to move away from fossil fuels. They’ve been showing up throughout Philadelphia all summer long with their playful “de-branding” booth that educates about Vanguard’s investments in coal, oil, and gas and its responsibility to invest for a livable future.

And recently, allies in London held daily actions at Vanguard’s office for a whole month. From banner drops to theatrical actions, Extinction Rebellion UK showed up outside the Vanguard office in London every day during the month of July to spread the word that Vanguard’s investments are sinking our future. 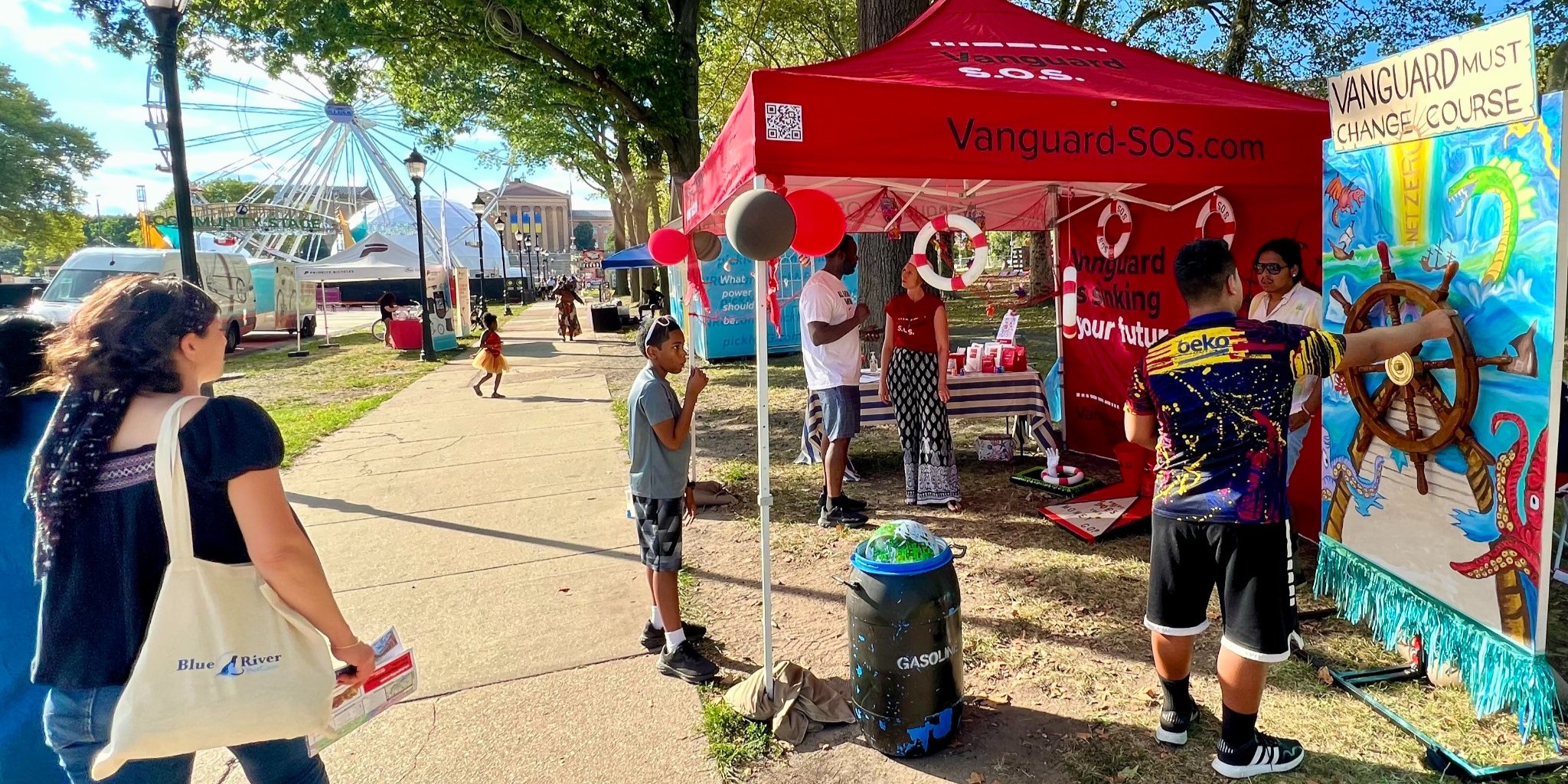 Photo by the Yes Men

Whether or not you can join those events in October, there are ways you can support the campaign now. With guidance from FixMyFunds, thousands of Vanguard customers have been calling and emailing the company, asking for truly climate-safe investing options. FixMyFunds is now inviting people to join up with family and friends who invest with Vanguard and support each other in taking action as customers. Do you want to get involved? Sign up to learn more about the FixMyFunds Action Team program.