For 3.5 years we’ve been targeting PECO to get them to increase to 20% solar by 2025, creating thousands of jobs that prioritize employing those from low-income communities and communities of color historically cut out from development in Philadelphia.

Announcing our new campaign director! And a farewell.

What are you looking forward to for the new year?

At EQAT, we are thrilled that we will welcome Tabitha Skervin to EQAT as our new Campaign Director! 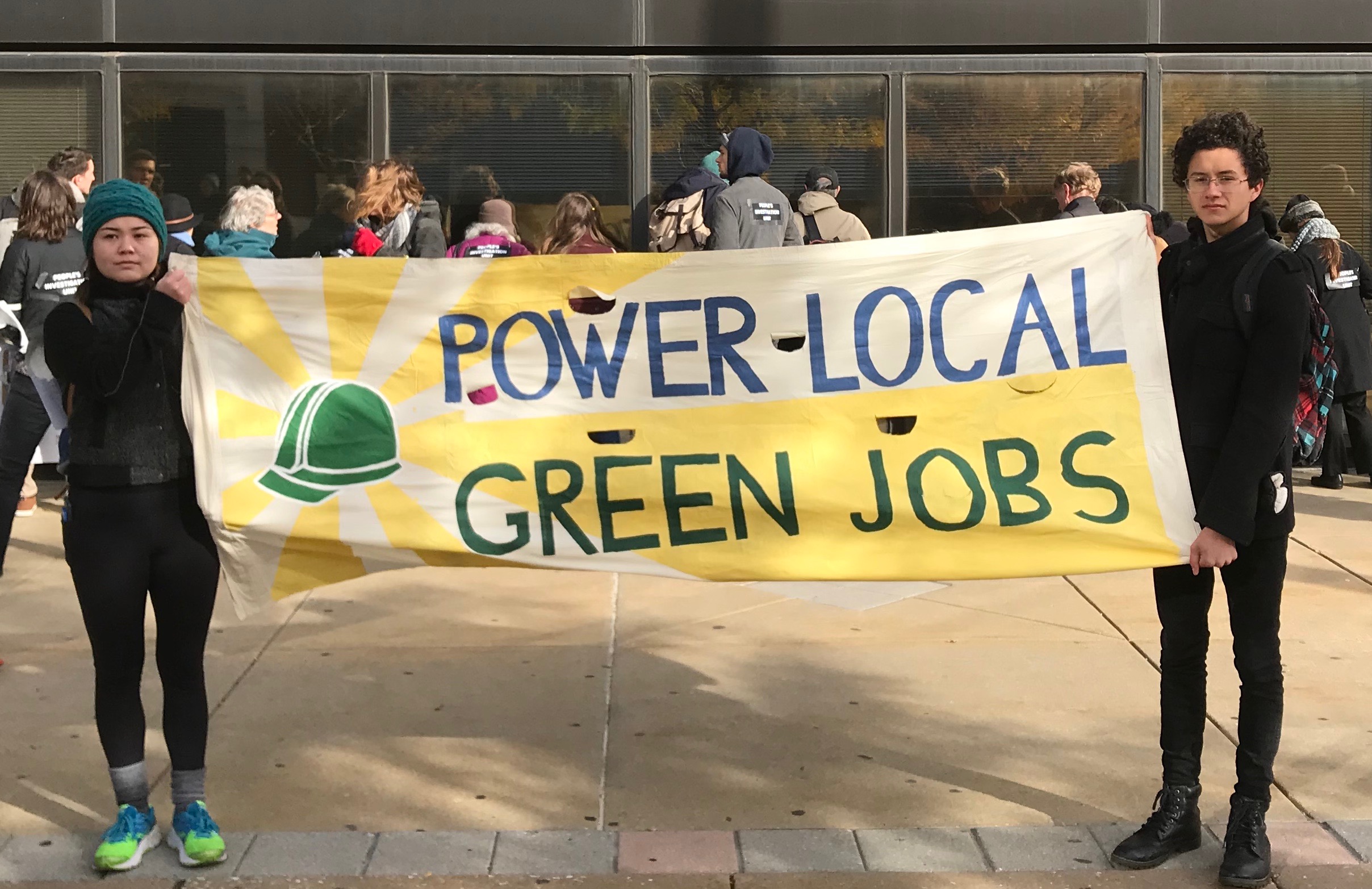 Last Wednesday, I took a group of Haverford students to a non-violent direct action led by the Earth Quaker Action Team at the headquarters of PECO, the largest utility in Pennsylvania. We rose very early and took the train to the First Unitarian Church of Philadelphia where we met up with the rest of the group before departing for the PECO building. Days before, several of us had attended a training where we learned about the goals of the action and prepared for the action to come. Now it was time to put all that we had learned to use.

Dirty electricity is an assault on our communities and climate. Our region suffers from high rates of asthma, smog days, and increasingly hot and wet weather. These human-made crises steal our health, security, and economic opportunity, but they hit communities of color and economically vulnerable communities the hardest.

PECO built this system and profits over a million dollars every day from it.

At this week's General Meeting, we announced that Kim has decided it is time for her to move on to new things and step down as EQAT's Campaign Director. We are all extremely grateful for her leadership and the incredible work and vision she has brought to EQAT and to the Power Local Green Jobs campaign.

Fighting back against higher rates

PECO has a problem. In March, severe storms fueled by the warming arctic caused as many outages as Hurricane Sandy. And chronic smog is getting worse in every county in our metro region and South Jersey. The culprit? Climate change and dirty power, with emissions from fossil fuels trapped in ever hotter air.

Yet instead of cleaning up its electricity and using solar to bring new jobs and lower bills to impoverished neighborhoods, PECO is maneuvering for a rate increase.

At my first worshipful action at PECO, I joined the circle of worshipers and tried to tune into spirit but it was really hard, almost impossible. My eyes darted around the lobby as a steady flow of people came in and out of the revolving doors. Everyone had to scan a badge as they passed through the lobby. Security personnel were taking pictures of us and alerting someone higher up that “EQAT is in the lobby.” As I watched, one of the guards moved a partition around our group, boxing us in.

I also watched in amazement as many of the other friends closed their eyes and held the silent peace.

This is what Philadelphians need