An "Equatic" Action to PECO HQ

Last week, EQAT members hosted an “Equatic Action”, sending a canoe catamaran and a flotilla of kayaks up the Schuylkill river to PECO's headquarters. Check out this report back from Board member Dana Robinson about the action: 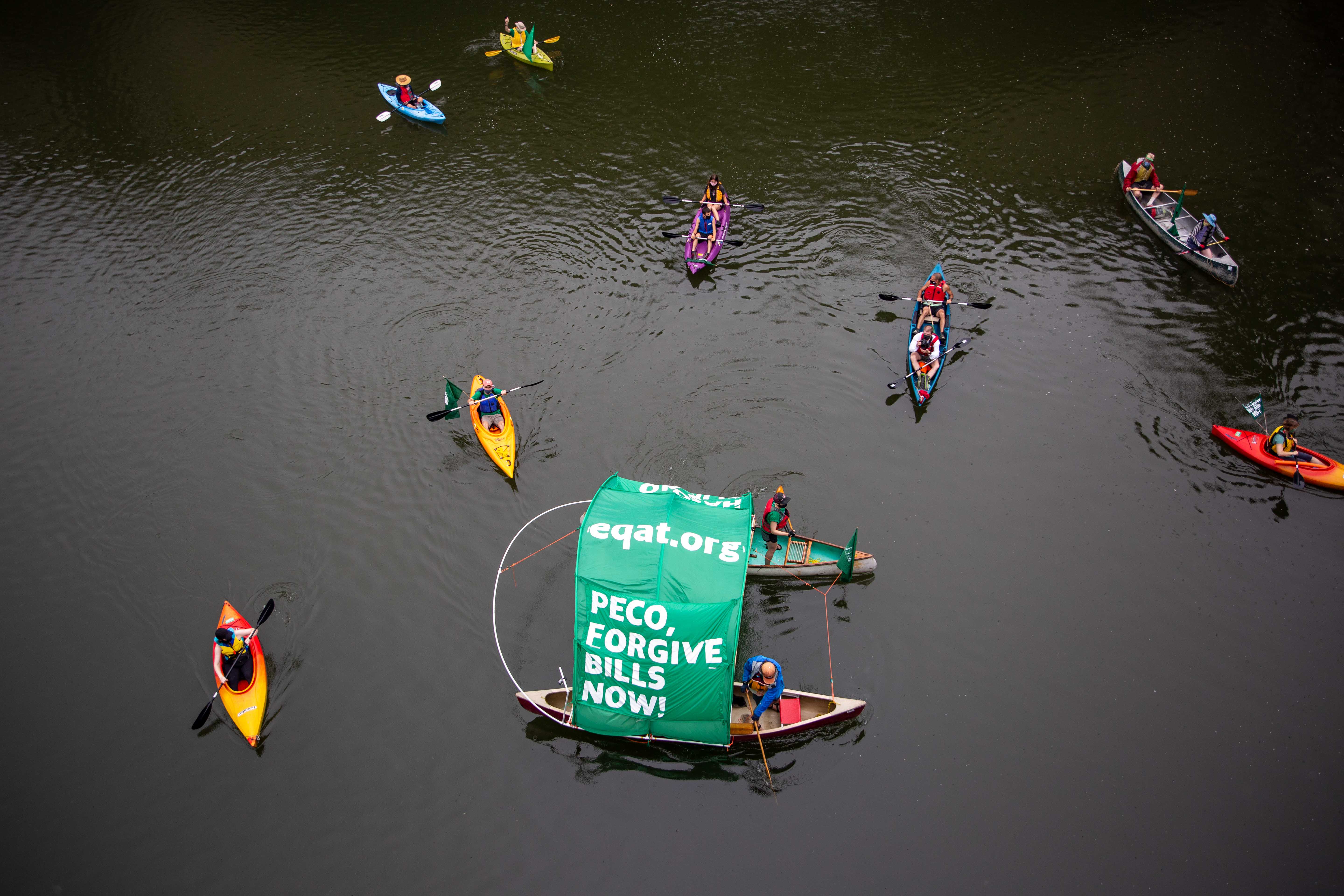 "Wednesday August 19th saw a flotilla of 11 kayaks, and a canoe catamaran displaying an enormous round banner, paddle up the Schuylkill River to a meet-up with an onshore action demanding that PECO forgive utility bills accumulated during the pandemic and take action on solar energy and green jobs.

The river team and the shore team joined in a series of call and response chants, and “marched” together upriver toward the Philadelphia Museum of Art.

The catamaran’s 20-foot banner also challenged PECO on its lack of a plan addressing climate change.  The company plans to sell electricity incorporating only .5% solar through 2025, a commitment to renewable energy that is clearly inadequate, given the severity of climate change.

EQAT is calling on PECO to look out for vulnerable neighbors now and into the future.  Speakers at the action demanded that PECO

Adopting these priorities would benefit southeast Pennsylvania’s most vulnerable residents in both the short- and long-term.  Already more likely to experience the negative effects of climate change—residing in flood prone areas, lacking access to air conditioning, living with illnesses exacerbated by heat, etc.—these vulnerable residents now have to cope with a pandemic that has disproportionately impacted (through job loss, illness, and death) low income communities and communities of color." 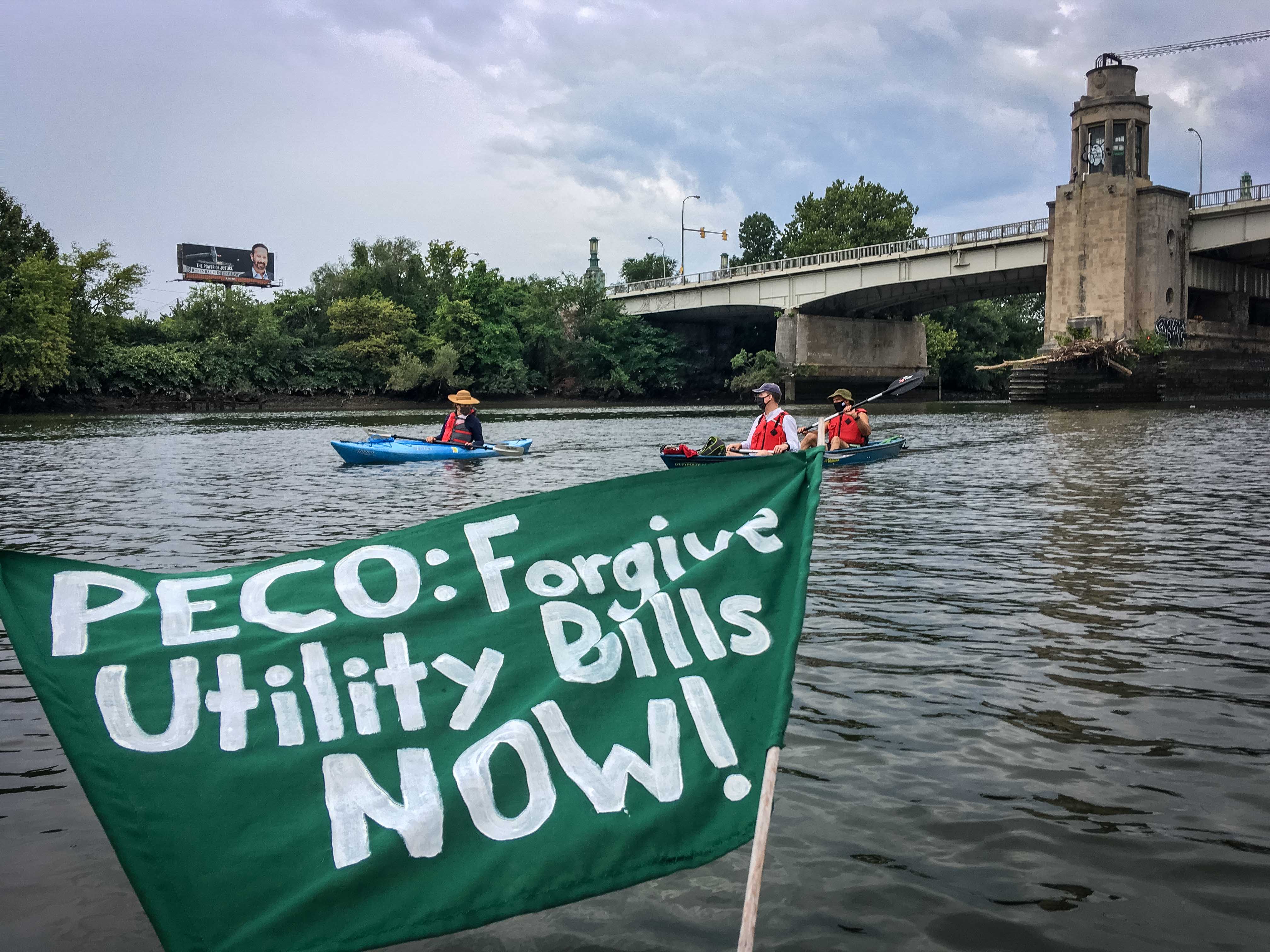