As the country was remembering it's 9/11 Memorial Day, five of us hopped into Walter's Prius at 30th St. station. We were on our way to Allentown to drop by a meeting of the Energy Association of Pennsylvania, a lobbyist and trade group which it just so happens that Craig Adams, CEO of PECO, sits on the board of.

As far as we knew, PECO would be involved in the electric operators committee meeting. So we planned to distribute leaflets there, at the Holiday Inn in downtown Allentown. We used our travel time to practice what we would say to Craig when we bumped into him: that we need clean, affordable energy that provides jobs for the communities it powers, and Craig Adams is failing to get there.

We all had flyers to distribute and 3 plans ready for whatever scenario presented itself. We steeled our nerves and...... the conference rooms were empty.

That's pretty much what presented itself. It seemed no one was going in to the event. But, as we have learned to be, we were nimble! So a new plan came to mind.

We would distribute our flyers so they would blend in with the other information that was being placed on chairs (perhaps for the evening presentation). Dana and the rest of us started distributing our flyers. We hoped to blend in with our business casual attire. 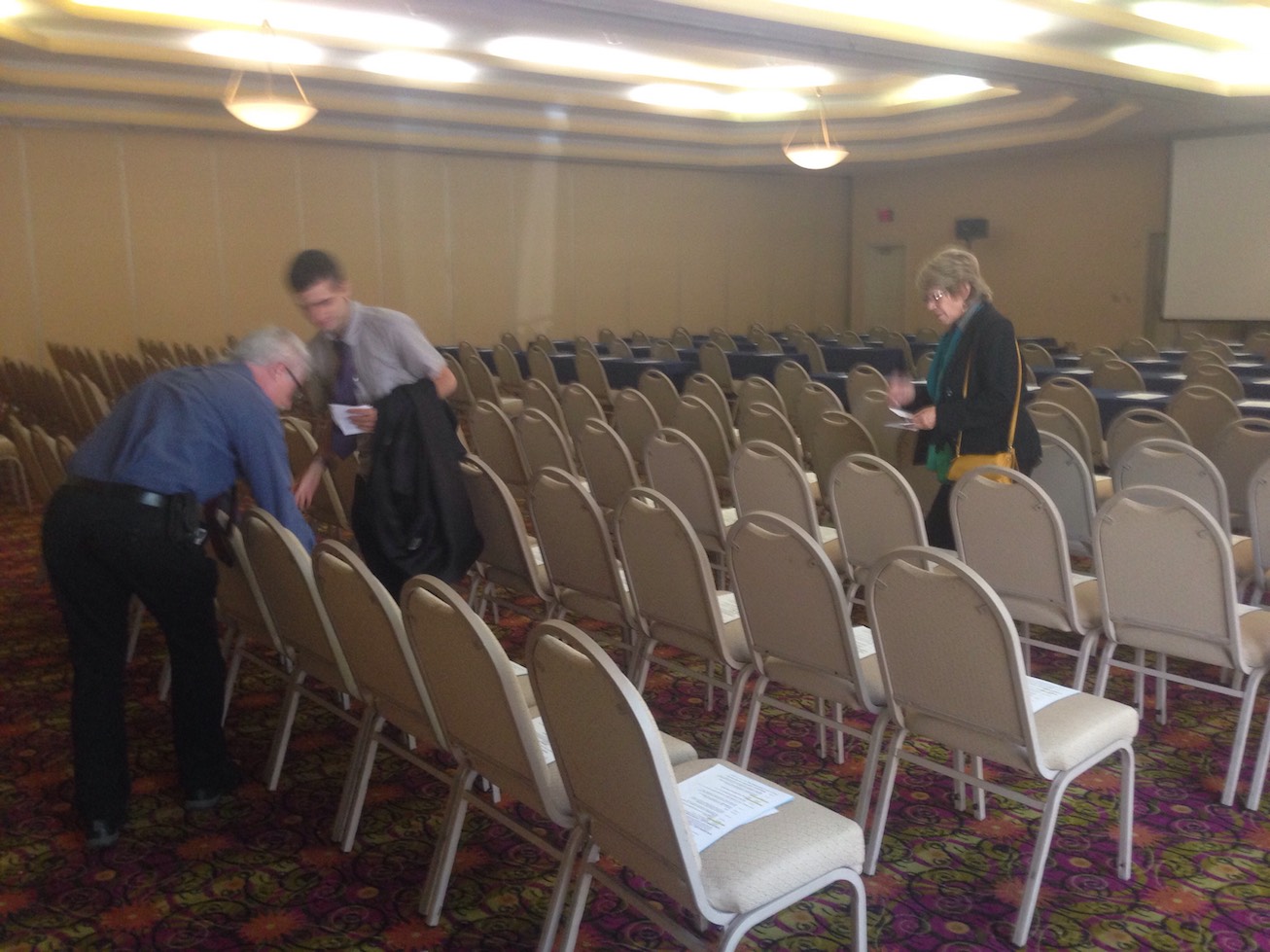 We were asked to leave. We were told that this "isn't what the conference is about."

Perhaps the flyers we left were going to be trashed. Yet, some were tucked inside the literature and might not be discovered! It is likely that the woman who asked us to leave would report our presence to PECO. We left feeling mission accomplished and with a couple of pictures. 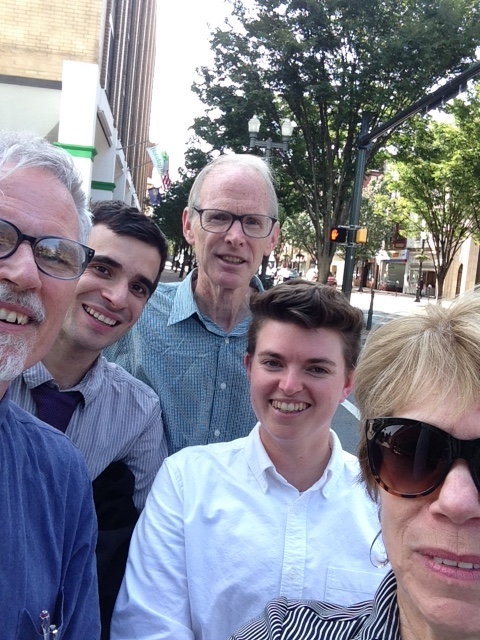