As 2022 begins, EQAT is preparing for a year of action. We know action is what’s needed to address the urgency of the climate crisis, even as we work to keep ourselves and each other safe from Covid. Read on for our next steps and news from the larger movement that puts our work in an encouraging perspective. 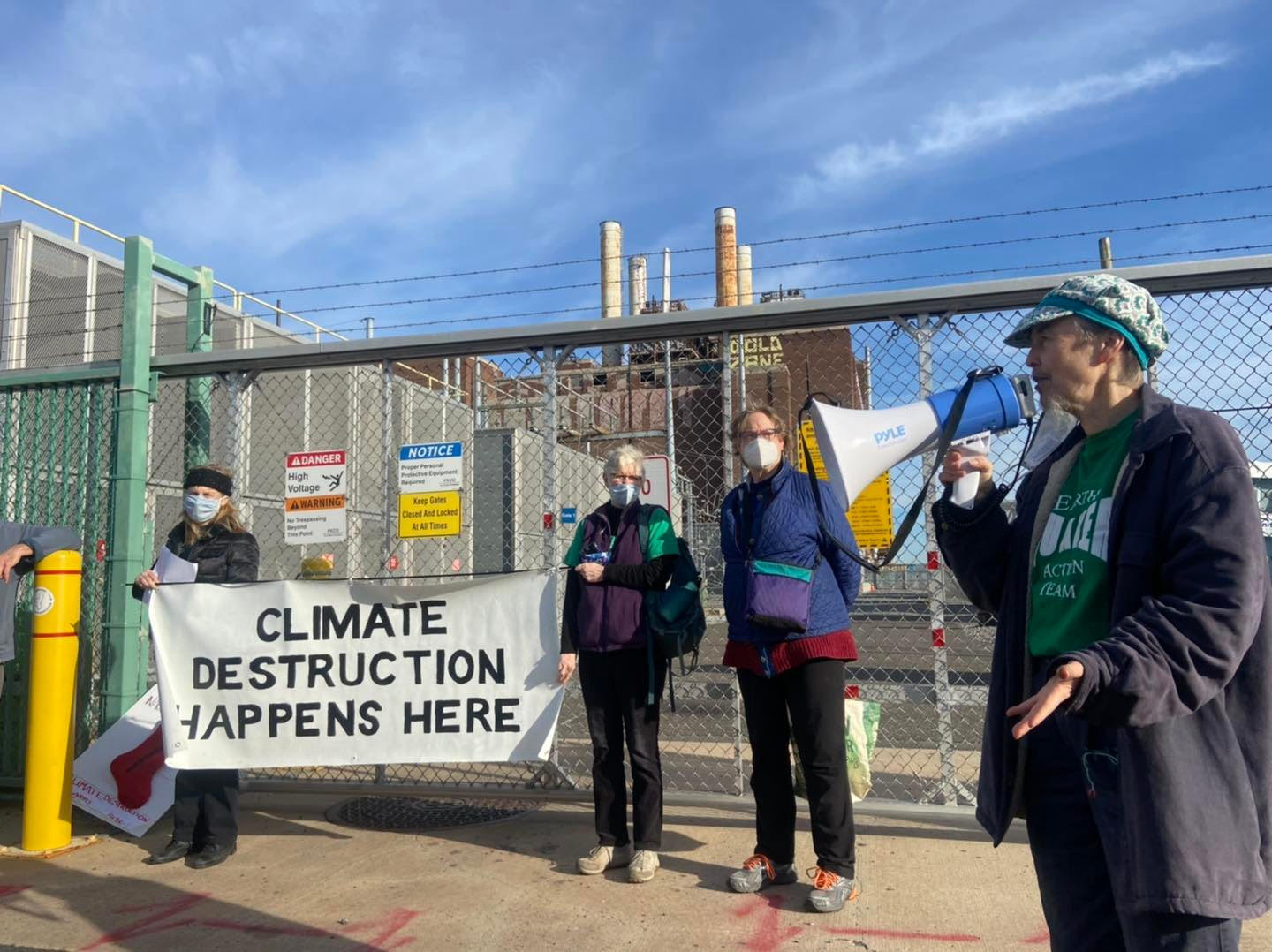 Our next action is one of a series highlighting “points of destruction” that Vanguard has been heavily invested in across southeastern PA and beyond. Although we often focus on the role of fossil fuels, burning trash is actually worse than coal in terms of both pollution and climate impact. That’s why we’re headed to the Covanta incinerator in Conshohocken on Saturday, January 8, at 2 pm, meet at the intersection of Industrial Way and Academy Drive, 1175 Academy Dr, Conshohocken, PA 19428.

Join our general meeting on Zoom tomorrow (Tuesday, January 4) to hear more. To get the Zoom link, you can register on our events page. More action dates will be coming soon, but for now please put on your calendar the walk to Vanguard headquarters from Monday, April 18, to Friday, April 22!

What’s most exciting to me about these plans is that we are one part of a global movement to get the money out of fossil fuels. As 2021 was drawing to a close, I took some time to read the end-of-year emails from many of the groups we are in greater relationship with now that we’ve joined a global campaign. Here are a few things that stood out to me.

Since EQAT launched the pioneering Bank Like Appalachia Matters! campaign in 2010, the strategy of going after the money supporting fossil fuels has become a key strategy of the climate movement. Stop the Money Pipeline counted more than 600 protest actions in 2021 at the branches, offices and headquarters of banks, insurance companies and asset managers. During the #DefundClimateChaos global day of action in October 2021–which we participated in!–people in 26 countries across 7 continents held direct actions to pressure various banks, investors, and insurers to stop financing fossil fuels. This work has been so successful that at least 30 financial institutions are now using their power to pressure companies to phase out coal. Fossil fuel divestment commitments reached $39 trillion in assets this year.

Campaigns specifically targeting the world’s biggest investors, asset managers, are growing larger and stronger. 2021 saw an increasing number of nonviolent actions targeting this group, from banner drops and street murals to letter deliveries and bicycle caravans. BlackRock’s Big Problem campaign has pushed investor giant BlackRock to divest from coal in its actively managed investments, vote for more climate shareholder resolutions, and commit publicly that climate change is a priority for the company. They still have a long way to go and are frankly guilty of a lot of greenwashing. That’s why the BlackRock’s Big Problem campaign will continue to escalate while activists expand their pressure to all of the largest investment companies simultaneously, so they engage in a “race to the top” towards climate-responsible investing across the industry. Vanguard’s Very Big Problem campaign launched in 2021 as a major part of this global strategy.

That’s the exciting context for our work this year! I’m looking forward to building our own skill and power while the wider climate finance movement does the same.