A Chorus of Voices

Early in a campaign it is critical to build connection with one’s message—to build the emotional, spiritual, and strategy muscles necessary to create excitement and momentum to move a target. This task can be made somewhat difficult when a target appears receptive to your demands, but has not yet taken action.

That precise dilemma was at play yesterday, October 12th as 26 activists sang and invited PECO to “Be a Spark” to Power Local Green Jobs. 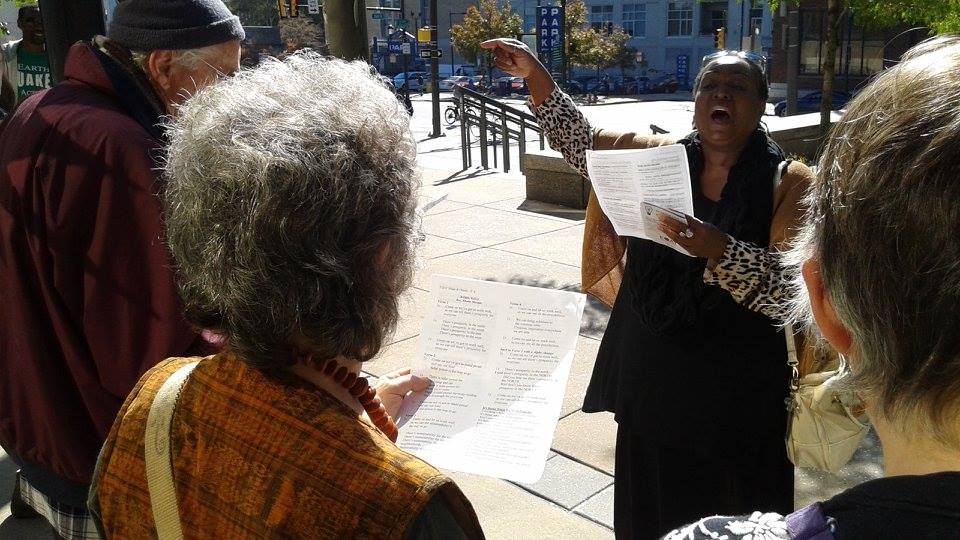 PECO has sat down once already with EQAT to discuss the goals of our Power Local Green Jobs campaign—that we want them to buy their required solar credits from rooftops in Philadelphia, and especially in North Philadelphia where the investment would create much-needed employment. While PECO has been receptive to our demands, they have not yet indicated that they are taking steps to implement them. They’ve invited us to a second meeting, but are not taking action.

So EQAT and our allies choose to continue to act ourselves. To invite PECO with courageous hearts to step up and join in the song. To “Be a Spark” to help green jobs in the city catch fire.

Yesterday’s action thus balanced two goals—continuing to invite PECO to act, while strengthening our skills and connection with our campaign so that we are ready should they not.

The chorus of voices yesterday sang spirituals, and both solar and labor themed songs as participants approached PECO customers and other pedestrians with flyers. Every participant had a chance to own the campaign story—whether through sharing it in a one-on-one conversation, or through street speaking, or through the insistent chorus of a new song written by Rhetta Morgan, calling for us to finally see "Prosperity in the North"

A variety of participants took on action roles they had never had before—working on skills that will be critical to the advancement of the campaign in the future. Several people were called on to build their action awareness skills—improving their sense of space and energy in an action and making decisions to act boldly and nimbly when there was an opening.

Judy Winters was the flyering captain, reading the space and helping support people in telling the campaign stories to those on the street and entering/exiting the building. Her insight that more people stopped when they heard the commotion of singing vs. the single voice of a street-speaker will definitely be useful knowledge for future actions.

This type of group action is thus critical to campaign development, even in the face of a confusing target. As we invite and listen to PECO, it is key that we keep supporting and growing ourselves. After all, we all can be sparks for change. 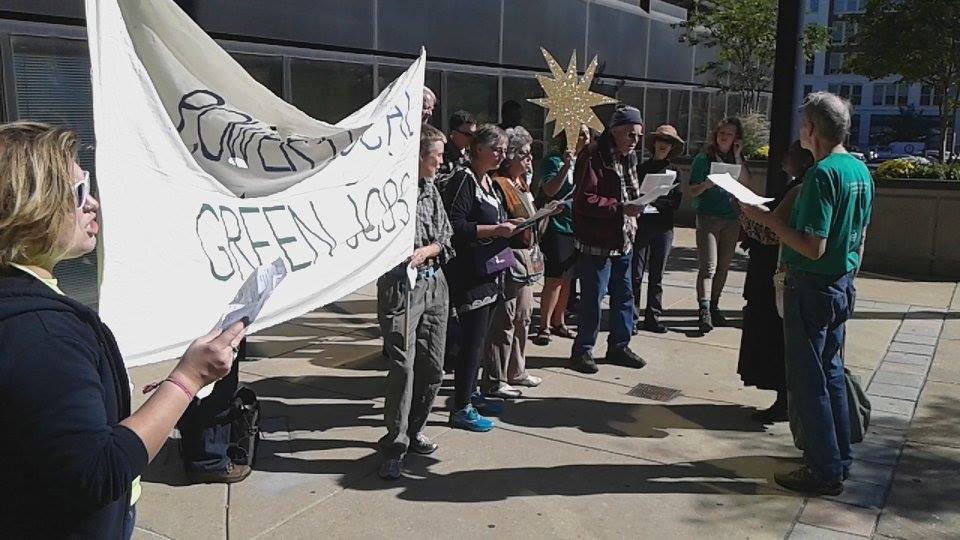