“I support solar because I want to be able to breathe again!”

On Monday August 1st, I participated in EQAT’s first action outside of Philadelphia as part of the Power Local Green Jobs campaign. Teenagers who are attending the Peace and Leadership Arts Camp of Chester trained and took action with Ingrid Lakey, Ryan Leitner, Rhetta Morgan, Kaytee Ray-Riek, and me. 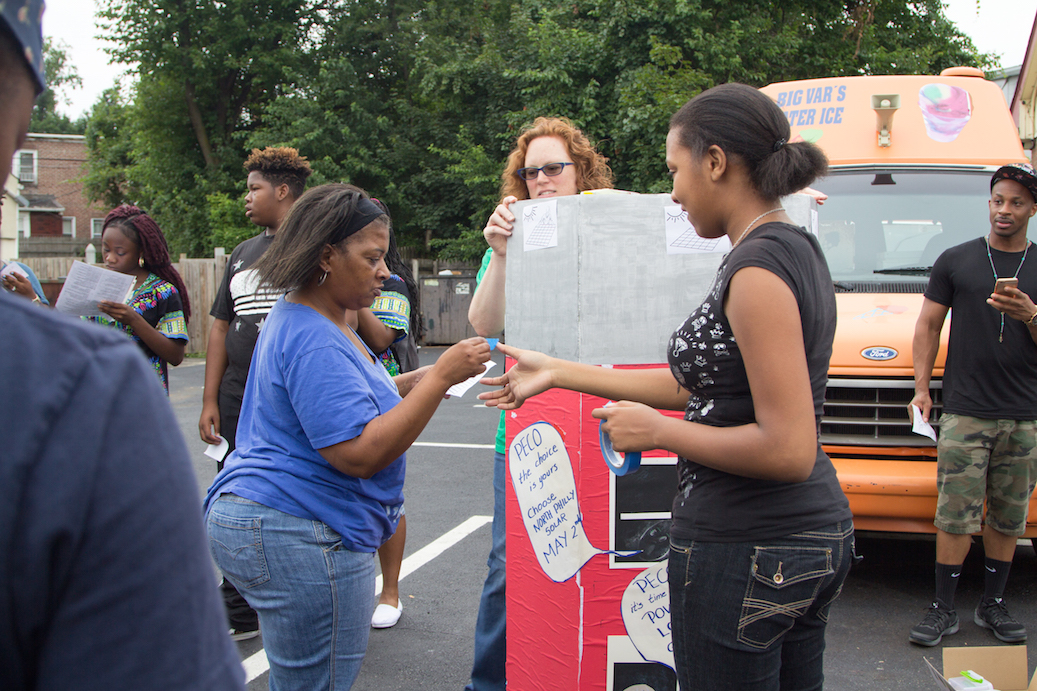 During the training beforehand, we gave the campers a taste of what it is like to organize and take action with EQAT. Rhetta embraced her role as the spiritual anchor and uplifted our bodies and minds by teaching us all a song. Ryan highlighted the importance and power of nonviolent direct action—a pillar of EQAT’s values and tactics. By the end of our training, the excitement and build-up for the action was palpable.

We walked to a busy intersection and set up our action. We had a cardboard house and little cut outs of solar panels; we all decorated our own solar panels and symbolically taped them on the rooftop of the house to show our support for local rooftop solar. As we each taped our solar panels on the house, we got the opportunity to share our stake in environmental, economic, and racial justice. One girl said, “I support solar because I want to be able to breathe again!” The youth activists also engaged people who were walking by, and had the opportunity to practice telling them about EQAT’s campaign and the importance of local rooftop solar in their community.

The young community leaders and I got to experience what it is like to take ownership of our power and build off of that by drawing in and engaging the community. PECO did not want us out there talking to their customers in Chester about their active decisions to disinvest in their health, economy, and overall well-being, but there we were. 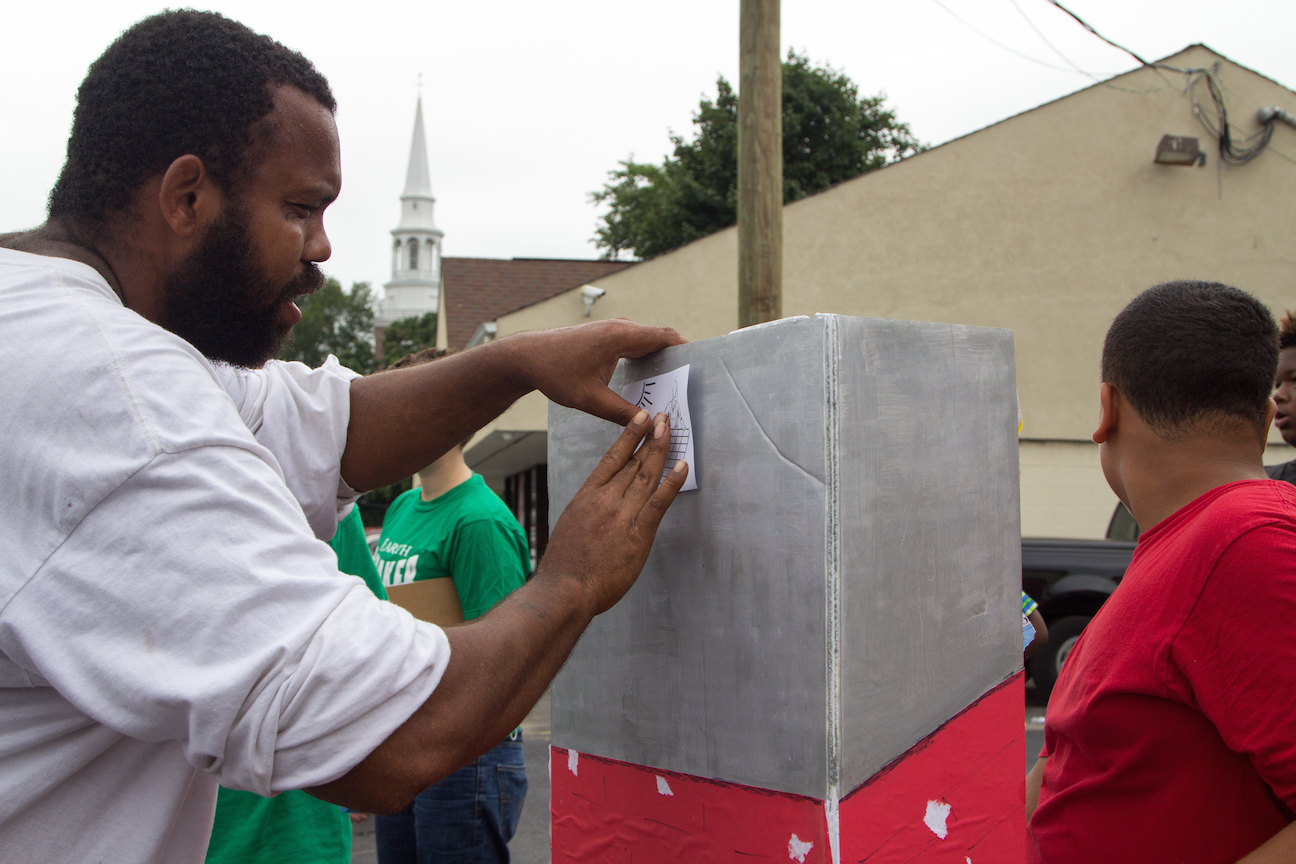 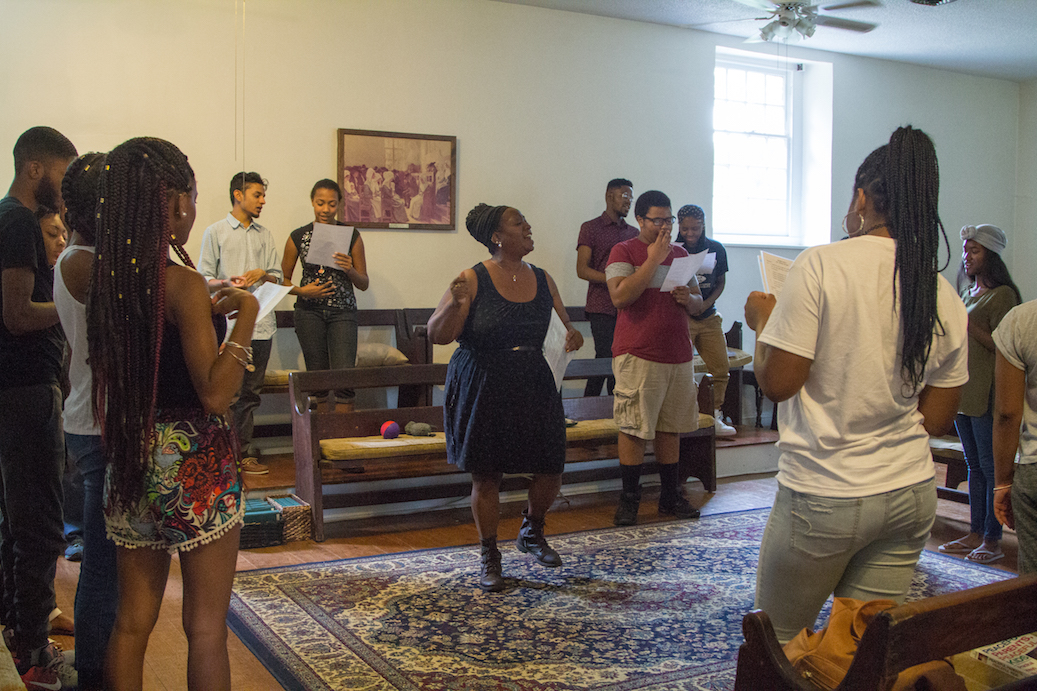